The Umbrella Academy Season 3 Ending, Explained: What is Project Oblivion? 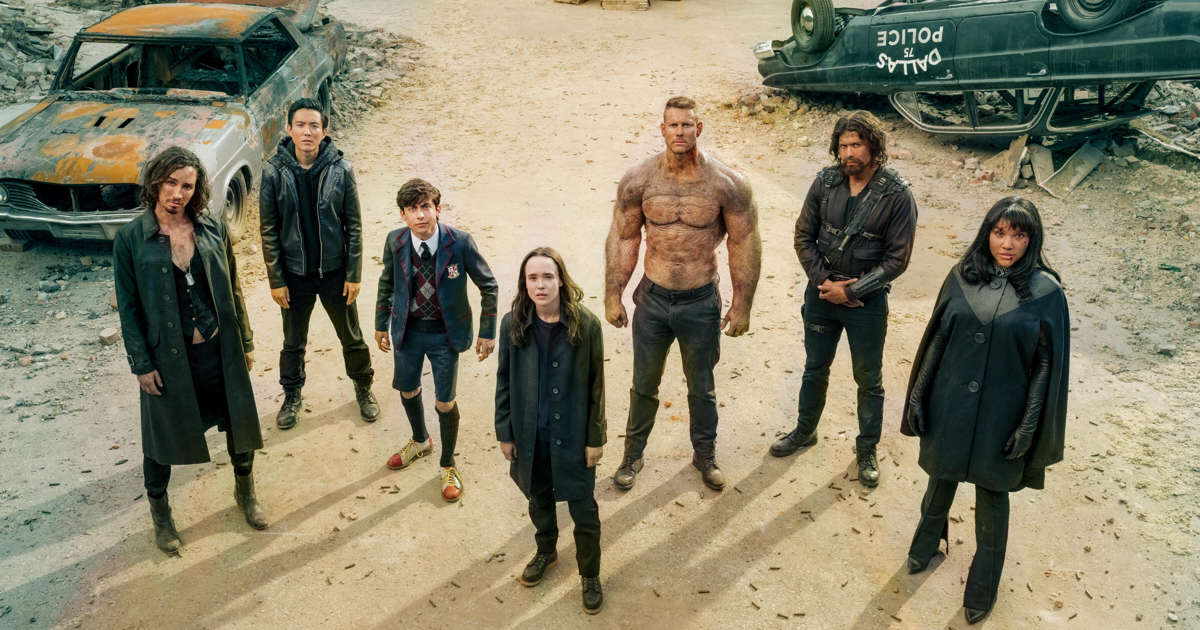 Netflix’s ‘The Umbrella Academy’ follows the story of a group of people who were born on the same day at the same time and possess superpowers. While the first two seasons focus on developing the mythology and the dynamics of the show, it is the third season that marks a very significant change in their journey. The events in this chapter stir a lot of trouble for the group, where they have to face the dangers not only on the outside but also have to deal with the conflicts that’d been brewing amongst them since the first season. A lot of ups and downs and revelations and deaths happen this time around, while the show goes back to some secrets that have been lingering for a long time.

The ending leaves the group in a place where there is no clear road ahead of them. They face a situation that they’d never thought possible. All the twisting and turning and manipulating of the timeline has eventually taken its toll on them, and they all lose something very precious. Here we take a look at the events of the third season and analyze their meaning. If you haven’t seen the show yet, brace yourself for spoilers. SPOILERS AHEAD

The members of the Umbrella Academy return to their original timeline from Season 1, landing on the day after the apocalypse. It is clear that their actions in the second season reset the timeline and saved the world. However, they also realize that their meeting with Reginald Hargreeves led him to choose other children for his academy, which is now called the Sparrow Academy.

After a brief tussle with their counterparts, the Umbrella Academy sets base in Hotel Obsidian. They discover that their mothers were killed in this timeline before they were born, so their doppelgängers don’t exist here. Also, their arrival in this timeline led to the birth of a black hole in the basement of the academy, and it is slowly killing everything in the world. Meanwhile, Viktor comes out to the group and leaves the name Vanya behind.

Klaus bonds with Reginald, while Viktor reunites with Harlan. Alison grieves the loss of her family, while Luther falls in love with Sloane. Lila comes back to Diego with a boy named Stan, claiming that he is their child. Five tries to figure out what led to the grandfather paradox, why the world is disintegrating, and how to stop it. Unbeknownst to all, Reginald has a plan of his own.

One by one, the members of the Sparrow Academy die, leaving only Ben and Sloane behind. Alison and Viktor rekindle their bond, but they soon come at a crossroads when Viktor decides to save Harlan against the wishes of the entire group. When Alison discovers the true reason behind Viktor’s intentions to hide Harlan, she takes a step that drastically affects her relationship with Viktor.

The Umbrella Academy Season 3 Ending: What is Project Oblivion?

After a lot of ups and downs and secrets and revelations, the final episode of ‘The Umbrella Academy’ focuses on the group’s quest to reset the timeline and the universe. Despite doing everything in their power, the Umbrella Academy fails to contain the black hole. Things get worse as it eats away at the world, eventually leading the group to consider the only option that is presented to them by Reginald. However, given the old man’s past record, they are not ready to trust him, and for good reason.

Reginald tells them that he had discovered a secret portal that opened into another dimension. He built Hotel Obsidian around it, secretly working on finding out what is on the other side. When Diego and Lila go to the other side, looking for Stan, they discover a different version of Hotel Obsidian. In the end, Reginald reveals that this other hotel is actually a machine located in another dimension. He believes that whoever made the universe must have created this machine too, and it is the only thing that can help them save the world now.

This machine is supposed to reset the universe and its timeline, but it needs the right fuel to power itself. That fuel comes from the children who were mysteriously born on the first of October, 1989. At the end of season one, it was revealed that Reginald is an alien and he releases some mysterious golden particles that eventually find their way to Earth and lead to the birth of the forty-three superpowered children.

It was that golden stuff that gave the children their powers, and later, Reginald harvests it from them to fuel the machine and reset the timeline. He had been planning to do it for a very long time. In fact, this was the only reason why he adopted the children and trained them to hone their powers. He wanted them strong enough to be able to fight the samurai who was guarding the portal and then later to be sacrificed to make the machine work. He called this Project Oblivion, and it is the reason why the Umbrella, as well as the Sparrow Academy, existed in the first place.

Is Sloane Dead or Alive?

Reginald had kept his plan a secret from everyone because he knew that harvesting their powers might lead to their deaths. He knew that no one would voluntarily agree to work with him, so he created a web of elaborate lies where he manipulated and used every single one of them. His children always knew him as a ruthless and uncaring person, and despite his efforts to show them that he was not the same person as before, they are not able to trust him. In the end, he proves them right.

When the time comes to start the machine, he uses the powers of seven people- Klaus, Five, Viktor, Ben, Lila, Diego, and Sloane. He stops Alison from joining them because he only needs seven, and he’d made a deal with her, which was similar to what he wanted for himself. At first, it looks like all seven of them will die. But when we see the new timeline, all the members of the Sparrow Academy come out on the other side, even Luther. But there is no sign of Sloane. Does this mean that she didn’t survive the ordeal?

The last we saw of Sloane, she was still alive. After Alison kills Reginald and before she presses the button that rests the timeline, we see Sloane alive, though in just as bad shape as the others. However, when the others come out on the other side, she is not with them. While it does leave some uncertainty surrounding her fate, it doesn’t necessarily mean that she is gone. It could simply be that she found another way to come out, or that the new timeline has her living somewhere far away. Her being alive is also confirmed by Klaus, who says that she was right behind him. So, if she didn’t succeed in getting into the elevator, it could mean that she is still stuck in the pocket dimension. If not that, another version of hers is surely out there in the new universe.

Is Reginald Hargreeves Dead or Alive?

Alison had made a deal with Reginald where she agreed to get the others to agree to his plan. In return, he would get her back to her husband and her daughter. However, when she sees that Reginald is ready to kill the others to get what he wants, she starts to have second thoughts. She asks him to stop, and when he doesn’t, she kills him. In the end, however, we see Reginald alive and well, and in a much better place.

It turns out that his machine worked after all. The timeline was reset and Alison got what she wanted. She is reunited with her family, and the rest of the group also makes it out alive, though their powers are gone because the golden stuff was harvested from their bodies to fuel the machine. As they all go their separate ways, we discover that this new timeline has Reginald Hargreeves living his best life. It was previously known that he was an eccentric billionaire who was a bit of a recluse. But, in this world, he seems to be everywhere. We see his name on a number of buildings before the camera pans to the tallest one with him and his wife on its top floor.

But then, didn’t Alison kill him? Yes. Reginald had died inside the portal, but when the timeline was reset, he got another chance at life. In the Season 1 finale, it was revealed that Reginald’s wife, Abigail Hargreeves, is dead. It turns out that he came to Earth and concocted Project Oblivian to bring her back. He had the same reason that Alison wanted to reset the timeline: they wanted to get back the people they loved, which explains the ease with which he got her to agree to her plan and also why he didn’t let her stand in place of Five when the golden particles were harvested.

Abigail had been dead a long time, but Reginald had preserved her body on the moon. He had sent Luther there to protect her, though he didn’t reveal the true nature of the mission to Luther. Resetting the timeline meant his wife would be alive in this universe. If she is alive, then there is no need for him to release the golden particles into the atmosphere, which means no superpowered children, which means he doesn’t die at Alison’s hands.

Read More: Is Stan Dead or Alive in The Umbrella Academy Season 3?