Do Nick and Melissa Remain Together in Conversations with Friends? 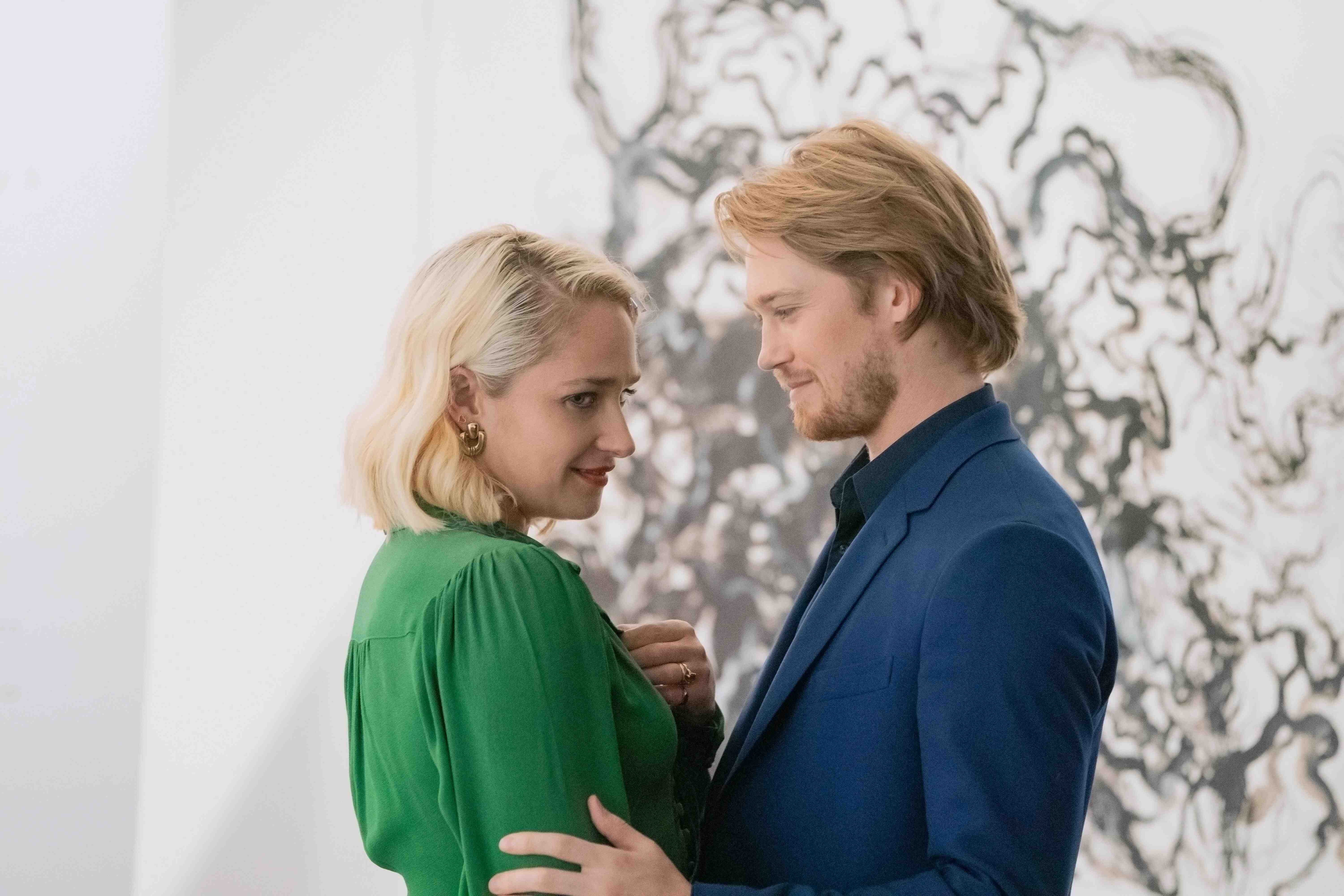 ‘Conversations with Friends’ is a drama series that explores modern love and its complexities. Set in Dublin, the story focuses on four individuals — Frances (Alison Oliver), Bobbi (Sasha Lane), Nick (Joe Alwyn), and Melissa (Jemima Kirke). Nick and Melissa are married. Although they are still in love with each other, they are deeply unhappy. The introduction of Frances and Bobby into their lives drastically changes things for them. Melissa grows close to Bobbi, while Nick starts an affair with Frances. If you are wondering whether Melissa and Nick remain together at the end of ‘Conversations with Friends,’ we got you covered. SPOILERS AHEAD.

Do Nick and Melissa Remain Together?

A year before the show’s timeline, Nick suffered a massive anxiety attack while working. He completely shut down afterward. Although Melissa tried to be there for him, it proved too much for her to bear. She had an affair with a mutual friend and asked for a divorce. Nick didn’t protest but just thanked her for her support. She broke after this and began crying. They decided to stay together, but they don’t share a bedroom now. Nick has since started functioning again. He works, takes the dog out, exercises, and reads but is still miserable. Bobbi and Frances bring unexpected changes to their lives. After Nick and Frances begin their affair, the former finds happiness once more.

Melissa learns about the affair when Nick tells her. She didn’t think he had it in him to cheat on her. She believed that he was too passive for that. And she is right to an extent here. If Frances hadn’t actively shown that she was interested in Nick, the relationship would have never happened. Both Nick and Frances are reclusive and painfully awkward. Their relationship takes shape because they are so similar to each other.

After she has dealt with the initial shock, Melissa lets the relationship continue because it makes Nick happy. It is then revealed that Melissa told Nick that she didn’t want to have children, which her husband — for all his passive nature — had a hard time accepting.  After discovering that she has endometriosis, Frances ends things between her and Nick. After the breakup, Nick slowly starts to sleep back into his depression. In the final episode, Frances calls Melissa to accuse her of destroying her friendship with Bobbi, but Melissa reminds her that she (Frances) is in the current predicament because of her own actions. She also points out that Frances had an affair with her husband. Things start to fall back into their original place after this. Melissa and Nick continue their relationship while Bobbi and Frances reunite.

One day, while trying to call Melissa, Nick accidentally calls Frances. They subsequently begin speaking, and Frances reveals her real reasons for the breakup. In the final scene of the series, she tells Nick to come and get her. This indicates that the dynamic between the four main characters will become complicated once more. Just as Frances loves both Nick and Bobbi, Nick loves both her and Melissa. The four of them have to find a way to accept and co-exist. Given how they really are, it will likely not be a problem.

Read More: Do Bobbi and Melissa End Up Together in Conversations with Friends?