Do the Contestants Get Paid to Appear on Too Hot to Handle? What is the Prize Money?

Produced by Talkback, created by Laura Gibson, and developed by Charlie Bennett after they unraveled the fascinating concept behind the ‘Seinfeld‘ episode titled ‘The Contest,’ Netflix’s ‘Too Hot to Handle‘ is a reality dating series with a twist. Here, a group of exceptionally attractive singles comes together to meet and mingle, thinking that they will be able to go wild. But soon, a virtual assistant named Lana initiates a complete sex ban.

In simple words, to win the $100,000 grand prize, the contestants have to create deep and meaningful connections by completely giving up physical intimacy. These include kissing, heavy petting, and self-gratification. Plus, for motivation, each time someone breaks a rule, there’s a deduction from the award. So, it’s clear that money is a big part of the program’s concept, and with that comes the question of the cast members’ earnings.

What is The Prize Money on Too Hot to Handle?

Lana’s rules for the contestants are pretty straightforward: a lip lock costs $3,000, oral sex signifies a decrease of $6,000, and intercourse results in a $20,000 loss. It often depends on the heaviness for petting and grinding, but the charge can be anywhere from $2,000 onwards. Ultimately, the remaining pot is awarded to the winner, which was all remaining players in the case of its debut season, which premiered in April 2020.

At the end of season one, only ten participants had survived out of the 14 who entered the luxurious island retreat. Thus, the unused pot of $75,000 was distributed between them equally, meaning each player walked away with $7,500 before tax deductions. However, in season two, Lana revealed quite early on that only a single member would be declared the winner, so every last penny went home with them.

How Much Do The Contestants of Too Hot to Handle Get Paid?

From what we can tell, it doesn’t seem like the producers pay the cast just to be on the reality dating game show. They are given complete to and fro conveyance, top-notch food, beverages, and accommodation at an island, but no money. In fact, the only way they can earn something in a financial sense is by winning the grand prize, which appears utterly fair considering how everyone gets a shot at it.

Speaking on the ‘Hollywood Raw‘ podcast, season one’s Bryce Hirschberg opened up a little more on this matter. “There was no fee,” he stated. “The way they pitched it was, ‘Oh Bryce, you’re going to make a ton of money after this anyway. You’re going to get a ton of exposure.’ And I’m not really going on it for the money anyway. I’m going for the experience and I know that exposure will come through as well which is nice.” 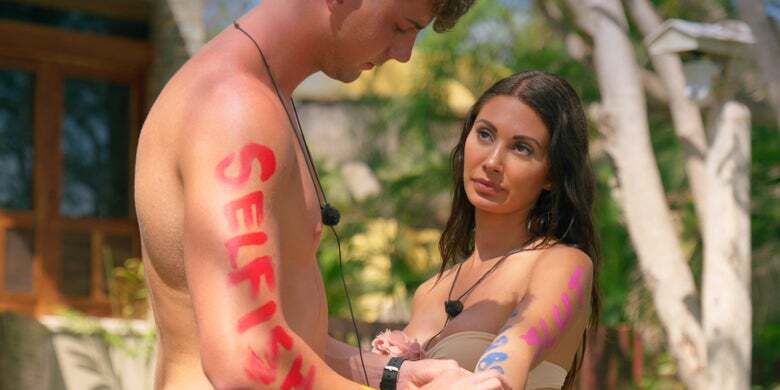 Bryce continued, “It’s a luxury vacation with hot singles…on Netflix. That’s easy money. And a five-star chef. I never ate that good in my life…or since! They looked after us.” And, we’ll be honest, he was right. The publicity the contestants get from a production like this kickstarts their entertainment career overnight.

If not anything else, then, at least, the participants can usually evolve into social media influences and cash in from not only views and followers but also paid partnerships and advertisements. The prime examples here are Francesca Farago, Harry Jowsey, Kori Sampson, Chloe Veitch, and Nicole O’Brien.

Read More: Do the Contestants Get Paid to Appear on AGT? What is the Prize Money?