Does Bode Die in Locke and Key? How Does He Come Back From The Ghost Door? 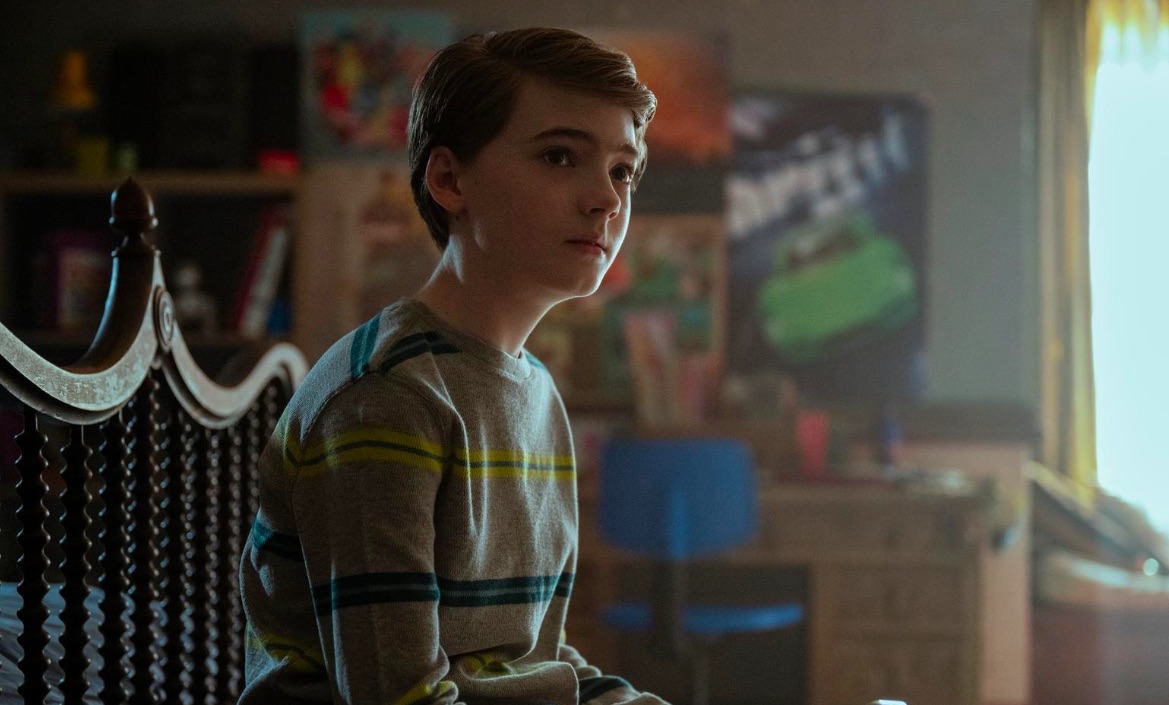 Netflix’s ‘Locke and Key’ follows the story of the Locke siblings and the magical keys they find hidden in their house. Tyler and Kinsey are the older ones and are often busy with their own teenage drama, which gets intertwined with the keys and their magic. Even though he is the youngest, Bode is at the heart of the conflict that arises from the keys and their powers. Being a kid, he is most vulnerable to the allure of the keys, without considering the consequences that his actions might have. He also easily trusts others, which is what often lands him in trouble. He comes pretty close to dying in the third season when he is stuck on the other side of the Ghost Door and Dodge takes over his body. How does he escape? How does he get his body back? Let’s find out.

Even after being explicitly told not to use the Timeshift key, Bode uses it to revisit the past. He lands at the scene where Bode, Tyler, Duncan, Scot, and Kinsey were trying to push Gabe, aka Dodge, into the Well House. When everyone sees the Bode from the future, they are thoroughly confused. However, Dodge sees this as the opportunity to get herself to the future, discovering that she’ll die soon enough in her current timeline. She chases after the future Bode and arrives in the future with him, by getting hold of his leg just before he leaves the past.

Once in the future, she chases after him and uses the Ghost Key to send his body through the Ghost Door. She possesses his body and none’s the wiser. It isn’t until much later that his family realizes that the person inside Bode isn’t really him. They try to get Dodge out of him, but by then Frederick Gideon arrives and bars the entrance to the other side of the Ghost Door. With an enemy at their door, the Lockes are forced to collaborate with Dodge-in-Bode’s body. To their surprise, she helps them and is about to kill Gideon with the Alpha Key when she suddenly disappears with Bode’s body.

What happened is that Dodge had created a paradox by traveling in the future where she didn’t exist anymore. The makers of the Timeshift key knew that tampering with the past could lead to a lot of trouble, so they made a failsafe along with it. Even though a person could go back in past and change some stuff, all of it would be erased when the hourglass would run out of sand. This means that anything that a person might have said or done in the past will be erased. No one in the past will remember a visit from a person from the future. Additionally, anyone who’s traveled into the future will go back to where they came from. This means that they’ll be erased from the future, and that’s what happens to Dodge too. She disappears, but because she’s in Bode’s body, his body disappears too.

How Does Bode Escape the Ghost Door?

While his body might have gone, Bode’s spirit is still around, trapped behind the Ghost Door. The Lockes come up with a plan to bring him back, though temporarily in the body of one of Gideon’s minions. However, Bode has a better plan. Earlier in the season, we see Bode and Kinsey playing with the Animal Key. On using it, they pass through a small door and come out of it as animals. When they go back through that door, they are back in their original form.

Bode realizes that he can use the Animal Key to his advantage when Sam teaches him to use the birds to communicate with his siblings. He possesses one of the birds and tells them to open the door using the Animal Key. When he passes through it, his bird form changes back into his real form and he is back to normal. So, while one key had trapped him in a place where he couldn’t escape, another key opens a door that brings him back to his original self.

Read More: What Happens to the Black Door in Locke and Key? Is it Destroyed? Theories