What Happens to the Black Door in Locke and Key? Is it Destroyed? Theories 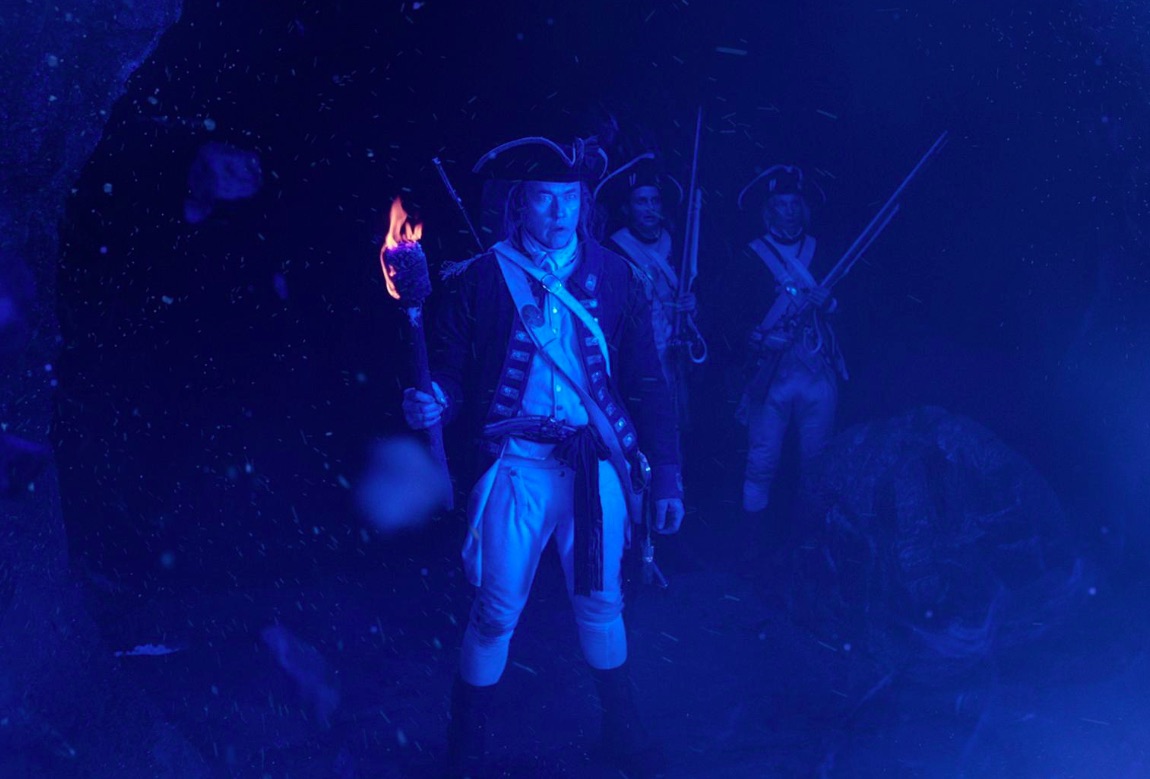 Netflix’s ‘Locke and Key’ is set in the town of Matheson, where a set of magical keys fall into the hands of the Locke children. While the keys become the source of their power, it is the Black Door that is the real villain of the show. Located deep inside the sea caves, it is the root cause of all the trouble that takes place in Matheson. The show goes into its backstory, how the Lockes came to discover it, and what part it plays in the formation of the keys. However, there are still a few things that the show doesn’t quite wrap up in a neat bow, especially after the finale of the second season. If you’ve been wondering what happened to the Black Door, we’ve got you covered.

What Happened to The Black Door?

Frederick Gideon had been on the run from the American revolutionaries when he and his three men hid inside the caves. With the revolutionaries catching up with them, they prepared themselves for the fight. But a strange sound lured them to a crack in the wall, which opened by itself and revealed the portal to the demon world. This is where the demons come out from and possess humans. Those who fail to do so turn into Whispering Iron that is then forged into keys by the Lockes.

At the end of the second season, Josh, fuelled by his curiosity, is led to the door by Eden who wants him to find the Omega Key and open the door. Because she’s gone against Gabe, who had ousted from the group when Duncan forged the Demon Key for him, he decides to stop her. He uses the crown to call upon the shadows, which attack Josh and Eden. They dig into the ceiling, leading it to collapse. Josh and Eden use flashlights to keep the shadows at bay and barely manage to make it out. During this scuffle, the Door opens briefly and Ellie, who looks like Dodge, comes out of it. She quickly makes sense of her situation and closes the door before running out of the cave which completely collapses. And this is when something interesting happens.

Every time someone visits the Black Door, they are captivated by the blue glow that it emanates. It adds an eerie feeling to the cave, but also makes a person curious enough to find out what is on the other side, which leads them to seek the Omega Key and creates a whole lot of problems. However, this glow disappears when we last see it.

No one really knows why the portal was under the sea caves or how it even opened in the first place, but it looks like it might have something to do with its own consciousness. One of the key characteristics of the keys is that they whisper when they want to be found. They seem to have a consciousness of their own, which probably comes from the fact that the iron that they’re made of used to be a demon. These things attract people towards them to be freed into the world, and the Black Door did something similar. With Gideon and his men in the cave, the demons on the other side knew that they had the opportunity to use the desperation of the soldiers to their own benefit. They whispered to them, leading Gideon to a crack that opened up as soon as he touched the wall.

Why the wall opened for Gideon might have something to do with intention. It is known that while forging a key, the key maker has to imbue it with their intention. The Black Door used Gideon’s intention of finding something that could make him powerful enough to save himself from the revolutionaries and presented itself to him. At the end of the second season, when Ellie closes the door, she does so with the intention of closing it for good. Previously, whenever the door had been sealed shut by the Omega key, the people shutting it didn’t quite have that intention in their mind. Rendell Locke had intended to get more Whispering Iron from it, and when the Locke siblings closed it, they were simply focused on getting rid of Dodge.

Along with Ellie’s intention, it is also possible that the Door sensed the falling cave and resolved that no one would come looking for it for a long time now. So, the portal closed and the blue glow disappeared, which means that the Black Door has been shut. It is also confirmed by the fact that when Gideon returns, he doesn’t sense its presence behind the rubble. Had he sensed it, he’d have dug out a way into the cave. But with no Black Door, he is forced to come up with another way to open the portal.

Read More: Does Bode Die in Locke and Key? How Does He Come Back From The Ghost Door?