Does Dexter Die in New Blood? Will Angela Arrest Dexter? 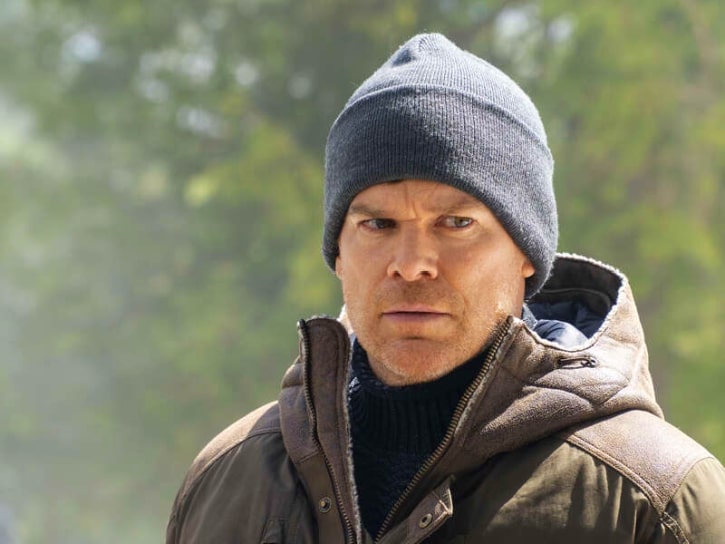 It’s probably safe to say that the ending of the original ‘Dexter’ has split the fanbase. While there are some who love it, many are confused by the notion of Dexter abandoning his son and killing and going to the fringes of civilization to live as a lumberjack. So, when the revival series was announced, it gave them hope that they would finally get a satisfactory ending to Dexter’s story. And it seems that ‘Dexter: New Blood’ is racing toward that very direction. If you are wondering whether Dexter will die in the new series or Angela will arrest him, this is what you need to know. SPOILERS AHEAD.

Clyde Phillips, the showrunner of the first four seasons of the original series and the creator of the revival, wanted to kill Dexter in the former show. His idea was that Dexter would wake up on an execution table and see that his victims, both weekly and seasonal, had come to see him die. As always, there would be a voiceover from Dexter, and the show would come to an end after that. He has since stated that he is glad that the show ended the way it did, as it allowed him to make the revival series.

Asked during an interview whether the revival is heading toward the original ending he planned for the eponymous character, Phillips stated, “… well, first of all, I’m obviously not going to talk about the finale [of ‘Dexter: New Blood]. I want people to watch the show themselves and build up to it and enjoy it. But that interview (a different one, reportedly conducted a decade ago] had nothing to do at all with how we approached this season. And how I wanted the story to be told. That was an interview ten years ago. It lives where it lives, just like season 8 (of ‘Dexter] lives where it lives. But it had no impact on us. And we wanted to show that indeed ten years have passed.”

“And again, I am so respectful to the audience because they are so faithful to this show that I didn’t want to screw them over by changing anything from then, and I’m not looking at this as redemption for this,” he continued. “I am looking at this as an opportunity to do some really good storytelling.”

Phillips went on to promise that the finale would be “surprising, inevitable, and satisfying.” So, even if the revival doesn’t end with Dexter on an execution table, the climax might still result in his death. After Kurt Caldwell’s murder in episode 9, the primary conflict of the finale will likely happen between Dexter and Angela. This is not the first time a law enforcement officer has found out that Dexter is the Bay Harbor Butcher. Things didn’t end well for those who did, and that includes Dexter’s sister Deb. But Angela seems to be significantly different from the others and just might end up being the one who gives Dexter the violent end his life has been leading toward.

If Dexter doesn’t die in the season finale, it’s possible that Angela will arrest him, and the series might end with Dexter in prison. Either way, Harrison’s response will probably be violent. In a way, the revival seems to be setting Harrison up as Dexter’s possible successor. So, even if Dexter’s story ends after his inevitable confrontation with Angela, Harrison might take up his father’s mantle and starts following his grandfather’s code, going exclusively after criminals and murderers to satiate his dark passenger.