Does Angel Batista Know about Dexter? 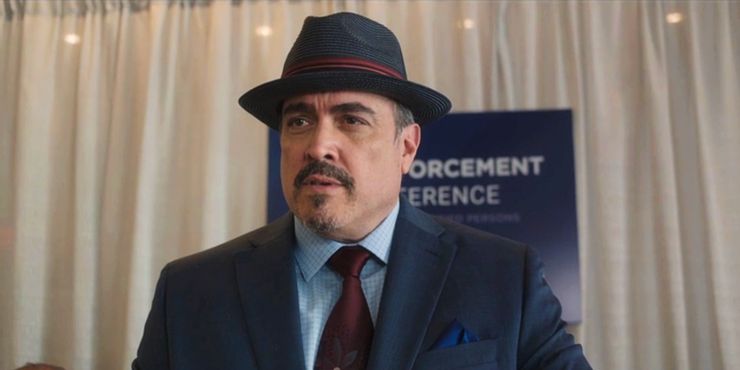 Angel Batista (David Zayas) is part of the main cast of characters in the original ‘Dexter’ series. He is good-natured, kind, and a little too honest for his own good. His earnestness often tends to land him in serious trouble. For instance, he tells his wife about his affair, which leads to the dissolution of their marriage. Batista considers Dexter his best friend. Initially, this perplexes Dexter as he doesn’t believe that they are that close. However, as the series progresses, Dexter comes to cherish their relationship and even admire Batista. He appears in the final episode of the series, in which he is notified that the Coast Guard has found the wreckage of Dexter’s boat and presumably believes like the others that Dexter is dead.

In ‘Runaway,’ the fifth episode of ‘Dexter: New Blood,’ Batista, now the homicide department captain at Miami Metro, is the keynote speaker at the missing person conference that Iron Lake Sheriff Angela Bishop attends. Their conversation afterward makes Angela realize that there is a connection between the Jim Lindsay she knows and the brother of Debra Morgan that Batista mentions. If you are wondering whether Batista ever figured out who Dexter truly is, we got you covered. SPOILERS AHEAD.

Does Angel Batista Know About Dexter?

No, Batista doesn’t know that Dexter is the serial killer dubbed as the Bay Harbor Butcher. He also doesn’t know that Dexter is alive and happens to be the boyfriend with an ax that Angela speaks about. When they worked together and were as close as any regular friends, Batista ignored the tell-tale signs about Dexter that other detectives, such as James Doakes, Joey Quinn, and Batista’s second wife Maria LaGuerta, didn’t and vouched for Dexter several times.

In the ‘Dexter’ series finale, both Batista and Quinn watch the tape of Dexter being attacked by Oliver Saxon, the primary antagonist of the last season, with a pen and then killing his assailant by stabbing him with the said pen. Saxon was the one who earlier put Debra in a vegetative state. If they had any doubts about Dexter’s claim of self-defense, those were overlooked as they probably wanted revenge themselves. Batista visibly grieved for Dexter when he learned about his alleged passing. 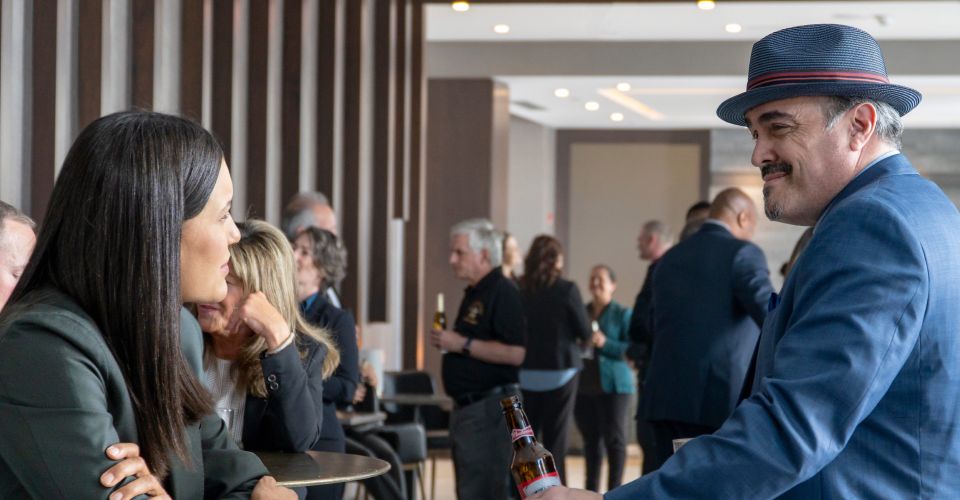 It seems that the Morgan family continues to live in his memory about a decade after he last saw them. When Angela asks for his advice about her case of missing girls, he tells her to trust her instincts and compares her to Debra. In a behind-the-scenes clip, Zayas reflected on his character’s reappearance in the ‘Dexter’ universe. “When we ended the show in 2013, I think Batista was one of the few that still did not know about Dexter or didn’t want to believe it, one of the two,” Zayas said. “He is the one that has been promoted through the ranks, and so bringing Batista back is really an interesting concept.”

Batista’s appearance serves as an important purpose in the narrative of the revival show, connecting Dexter’s past with his present. Asked in an interview whether he would prefer for Batista to know about Dexter being the real Bay Harbor Butcher, Zayas stated, “That’s a difficult question to answer, but I guess I’m going to say that ultimately truth is going to set you free. So I would say yes.” He said in the same interview that the audience has to wait and see whether Batista appears in any more episodes. So, while Batista doesn’t yet know who Dexter truly is, he can find out later if he appears in the revival series again.