Does Jungle Cruise Have a Post-Credits Scene?

Disney is known for producing adventure films that tell exciting and enchanting tales and transport viewers to a fantasyland. The powerhouse studio behind the hit franchise ‘Pirates of the Caribbean’ has brought another imaginative adaptation of a classic Disney theme park attraction in the form of ‘Jungle Cruise.’ Helmed by ‘Orphan‘ fame director Jaume Collet-Serra, the film boasts the acting talents of Dwayne Johnson, Emily Blunt, and Jack Whitehall. ‘Jungle Cruise’ follows Captain Frank Wolff, Dr. Lily Houghton, and her brother, MacGregor, as they find themselves in the depths of Amazon Jungle, pursued by Imperial German soldiers and other supernatural forces while searching for the mythical Tree of Life.

As is the case with any high-profile project these days, murmurs of a sequel begin even before a movie hits our screens. Therefore, studios have resorted to adding a post-credits stinger to tease plans for a potential follow-up and generate buzz among the audience at the same time. If you are wondering whether there is a similar bonus scene attached to ‘Jungle Cruise’ which teases the film’s expansion into a franchise, we’ve got you covered! Here’s what you need to know in that regard. SPOILERS AHEAD!

Does Jungle Cruise Have an End-Credits Scene?

Ever since ‘Jungle Cruise’ was announced, the film has been compared to hit franchises like ‘Jumanji’ (due to its jungle setting) and ‘Pirates of the Caribbean‘ (because of its fantasy elements). Both the franchises have utilized post-credits scenes to varying extents. As far as ‘Jungle Cruise’ is concerned, the movie picks up steam in the final third and delivers a shocking revelation. 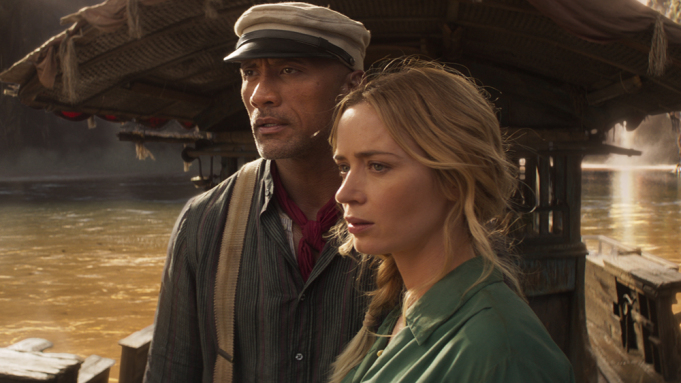 Towards the end, we learn that Captain Frank Wolff is actually dead and caught up in a curse that stops him from leaving the island. With the help of a petal from the Tree of Life, Lily and MacGregor are able to break the curse on Frank and bring him back to life. In the final moments, Lily and Frank are seen living together in London. It is a classic happy ending that the characters deserve after the various dangers they face in the Amazon.

However, the definitive ending does not provide any groundwork for a prospective follow-up. That responsibility would solely lie upon a post-credits scene if there were one. Unfortunately, there is no bonus scene, just a well-designed graphic credits sequence that plays out in the end. While the credits sequence is enjoyable, it does not offer any hints about a potential sequel and is nowhere near as exciting as an end-credits scene would’ve been.

Alas, it seems like the makers wanted to bring the journey of Frank and Lily full-circle and decided to end the movie on a high note without burdening it with carrying the expectations of a sequel. The bottom line is there is no post-credits scene. You are free to leave the theatre as soon as the credits roll unless you want to stay behind and appreciate the hard work of all the people involved in making this movie.