Does Kelly Die? Is Cynthy Wu Leaving For All Mankind?

Apple TV’s ‘For All Makind‘ is a sci-fi series that is immersed in the interpersonal drama between characters. In the third season, viewers see the Baldwin family at the center of the race to Mars. Kelly Baldwin (Cynthy Wu) charts a bold course for herself by opting to join Danielle Poole’s crew. However, several dangers lurk in outer space as Kelly’s astronaut skills are tested.

The third season finale provides Kelly with her sternest challenge, and viewers must be wondering whether Kelly survives the episode’s events. Naturally, the character’s fate will affect actress Cynthy Wu’s future on the show. If you are looking for answers about Kelly’s fate and whether Wu is leaving ‘For All Mankind,’ here is everything you need to know! SPOILERS AHEAD!

Kelly Baldwin undertakes an exciting challenge in the third season of ‘For All Mankind.’ Kelly, the marine biologist daughter of Ed and Karen Baldwin, is eager to embark on the mission to Mars. Instead of joining her father’s crew at Helios, Kelly joins Danielle Poole at NASA. Kelly takes the biologist’s seat on Sojourner-1 and travels to the Red Planet. During her time in space, Kelly meets Russian cosmonaut Alexei Poletov and the two fall in love. Their love leads to Kelly’s pregnancy shortly before Alexei passes away. 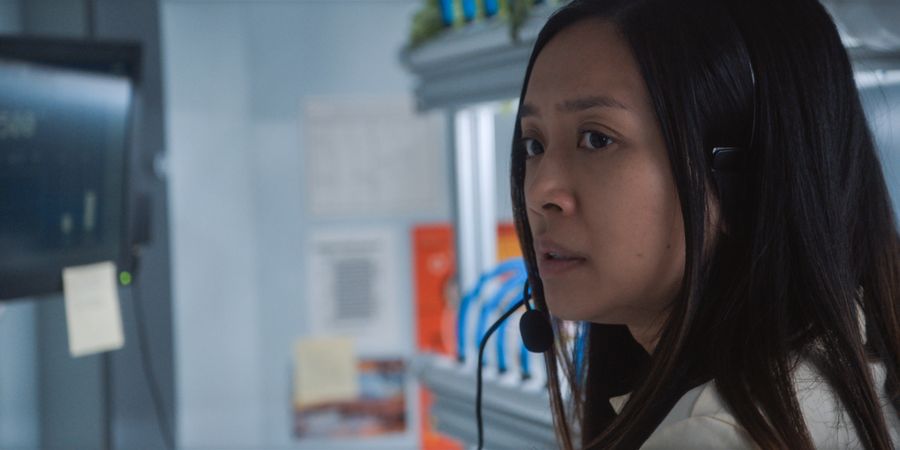 Kelly’s pregnancy poses a major problem to NASA and Helios, who are attempting to bring their astronauts back to earth. After much deliberation, it is decided that Kelly must travel to earth so that she and her’s baby’s lives can be saved. Ed pilots Kelly in the MSAM and launches her in orbit to land on Phoenix, orbiting Mars. The spacecraft is the energy to bring Kelly back to earth. Despite the risks of the tricky maneuver, Kelly safely makes it back to earth. She gives birth to her baby and awaits the return of her comrades from Mars.

Is Cynthy Wu Leaving For All Mankind?

In ‘For All Mankind,’ actress Cynthy Wu essays the role of Kelly Baldwin. The actress is known for performing in shows such as ‘Station 19,’ ‘American Vandal,’ and ‘Weird City.’ Wu joined the cast of ‘For All Mankind’ in the second season and is credited as a series regular for seasons 2 and 3. Her character is essential to the storylines of Ed and Karen Baldwin. Moreover, in the third season, she becomes integral to the season’s overall storyline. 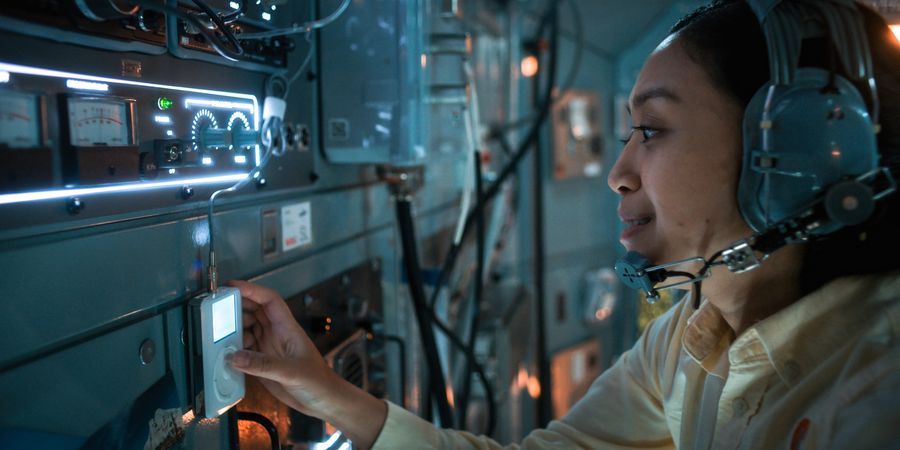 Given that Kelly’s arc concludes in the season 3 finale with the birth of her baby, viewers might fear that the character is being written off the show. As a result, actress Cynthy Wu might be preparing to exit the series. However, as of now, the actress is yet to publically state any intention to leave the show anytime soon. Moreover, Kelly’s survival leaves the door open for Wu’s return, and the birth of her baby sets up interesting conflicts to be explored in future episodes. ‘For All Mankind’ has been renewed for a fourth season. Therefore, viewers should expect to see Wu returning as Kelly Baldwin in the upcoming episodes of the sci-fi drama.

Read More: Is Karen Baldwin Dead? Is Shantel VanSanten Leaving For All Mankind?