For All Mankind Season 3 Finale Recap and Ending, Explained 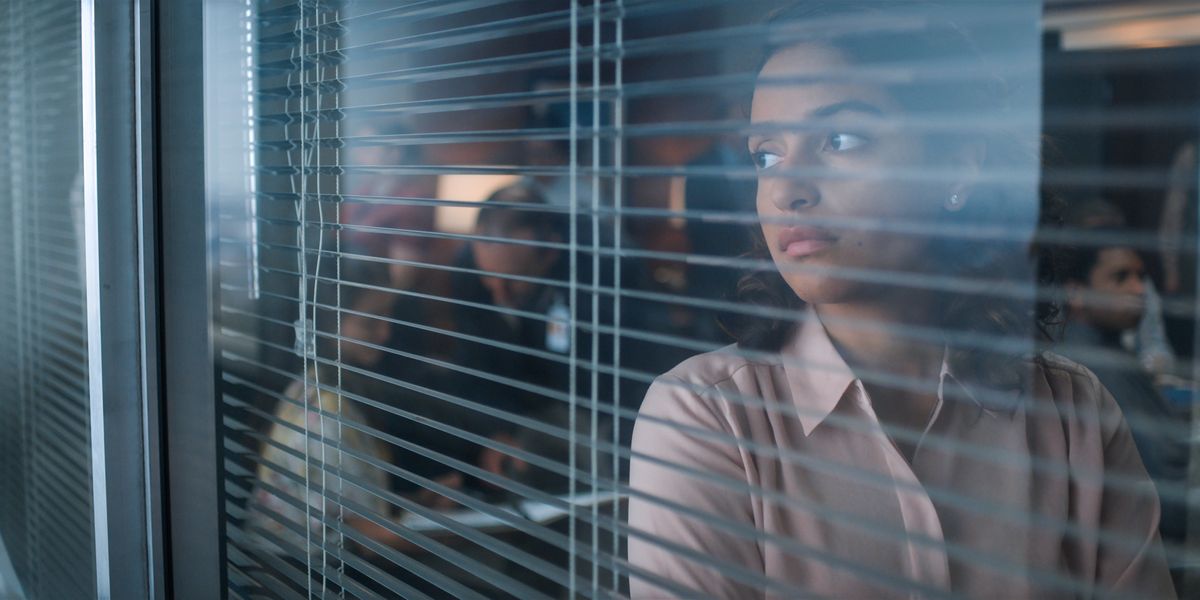 Apple TV’s ‘For All Mankind‘ season 3 revolves around the race to Mars. The series takes an exciting turn when Helios, Roscosmos, and NASA each launch their missions to Mars. In the season finale, titled ‘Stranger In A Strange Land,’ the chaos on Mars starts to wind down, and the astronauts must figure a way to return home. Kelly Baldwin’s pregnancy makes matters difficult for the group to plot a return.

Meanwhile, a sinister event rocks the Johnson Space Center and changes the futures of several characters. If you are looking for answers about the fates of the astronauts and ground staff, we’ve got you covered! Here is everything you need to know about the ending of ‘For All Mankind’ season 3 episode 10! SPOILERS AHEAD!

For All Mankind Season 3 Finale Recap

‘For All Mankind’ season 3 finale, titled ‘Stranger In A Strange Land,’ opens with a look at the arrival of the North Korean astronaut on Mars. After he spends some time in isolation, Danielle and Kuznetsov arrive near his spacecraft to collect a docking system necessary for their return trip to Earth. Danielle and Kuznetsov also take the North Korean astronaut with them to their base. Meanwhile, Kelly is a few months pregnant and must make it to Earth or risk losing her baby. 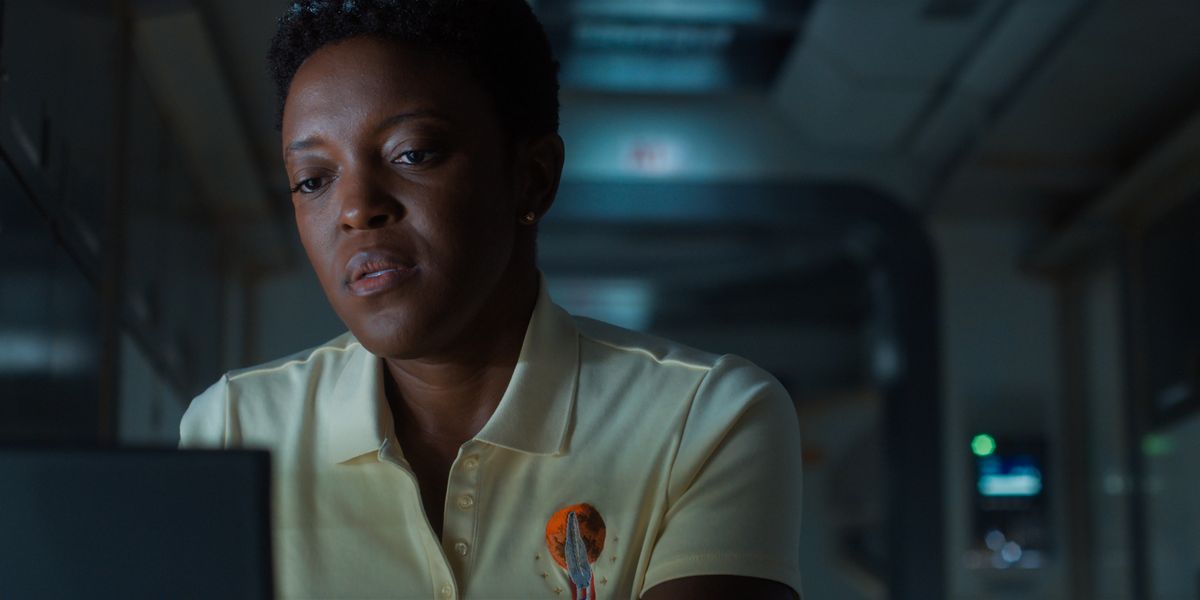 At the White House, the fiasco on Mars and the revelation of her sexuality increase the pressure on Ellen to resign as President. In Houston, Margo learns from Lenara Catiche that she is under investigation. Catiche offers margo Soviet protection, but Margo turns it down. Catiche reveals that Aleida Rosales is the one speaking to the FBI about Margo’s ties with the Soviet Union. However, Margo encourages Aleida to focus on finding a solution to getting their astronauts back to Earth.

Karen speaks with Molly Cobb and seeks advice on her professional life. Later, Karen reveals to Dev Ayesa that the Helios board has asked her to take over as CEO. Dev reacts badly to the news and tries to spark a rebellion among the employees. However, Karen is quick to stop the uprising. On Mars, preparations begin for the astronauts to make a return journey. However, given the weight conditions of the MSAM, only a pilot and Kelly can be transported to the Phoenix. Meanwhile, Jimmy and his friends are about to stir trouble at the Johnson Space Center.

For All Mankind Season 3 Finale Ending: Does Kelly Return to Earth? What Happens to Her Baby?

In the episode, Kelly’s pregnancy poses a stern problem for Ed Baldwin and the NASA ground staff, who are trying to rescue their astronauts. The astronauts decide to remain back and send only Kelly to Earth as the MSAM cannot support the weight of nine people. NASA and Helios work together and create a plan that requires Kelly to board the Phoenix that is orbiting around Mars. The spacecraft has enough energy to reach the Earth. 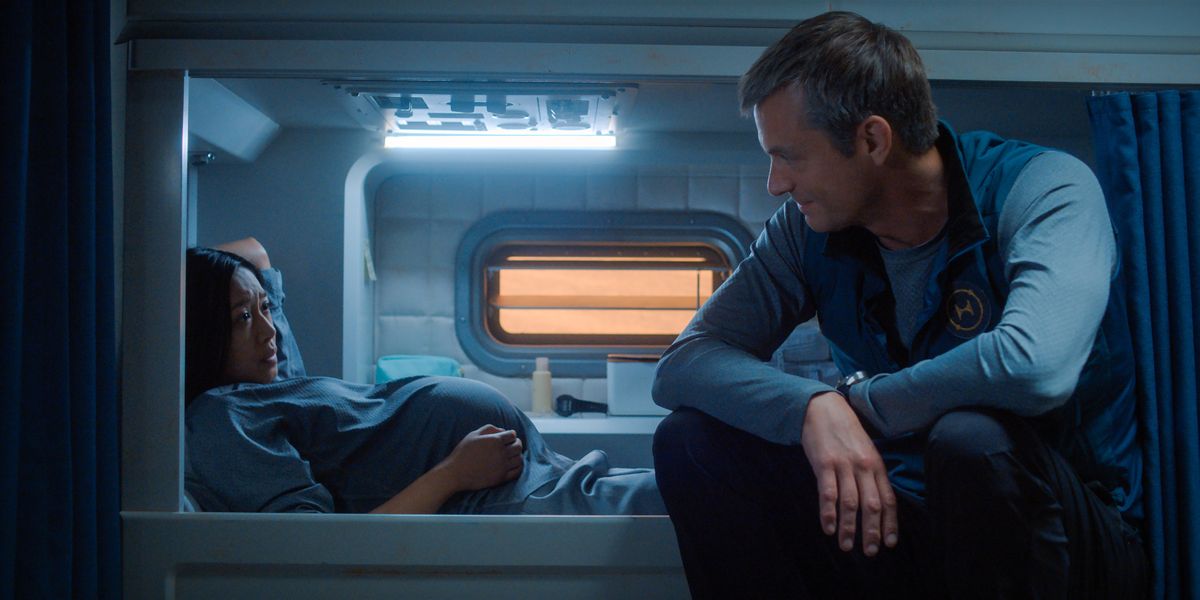 In the end, Ed pilots the MSAM and launches Kelly into orbit, and she safely makes it to Phoenix despite the dangers of the maneuver. However, Kelly’s return trip to Earth isn’t depicted, and her fate remains unknown till the episode’s final moments. Later, viewers see Kelly and her newborn baby looking out of a window at the night sky. The scene confirms Kelly returned to Earth safely. Moreover, her baby is also healthy, and the pair is waiting for the return of Ed and the others.

In the episode, Ed Baldwin undertakes another dangerous mission. He flies the MSAM carrying Kelly to orbit. However, the MSAM only has enough energy to propel Kelly close to orbit. After the goal is achieved, the MSAM does not have enough energy to execute a landing for Ed to reach back to the surface safely. The mission appears to be a suicidal one, but Ed is resigned to taking the risk to save the life of his daughter and grandchild. 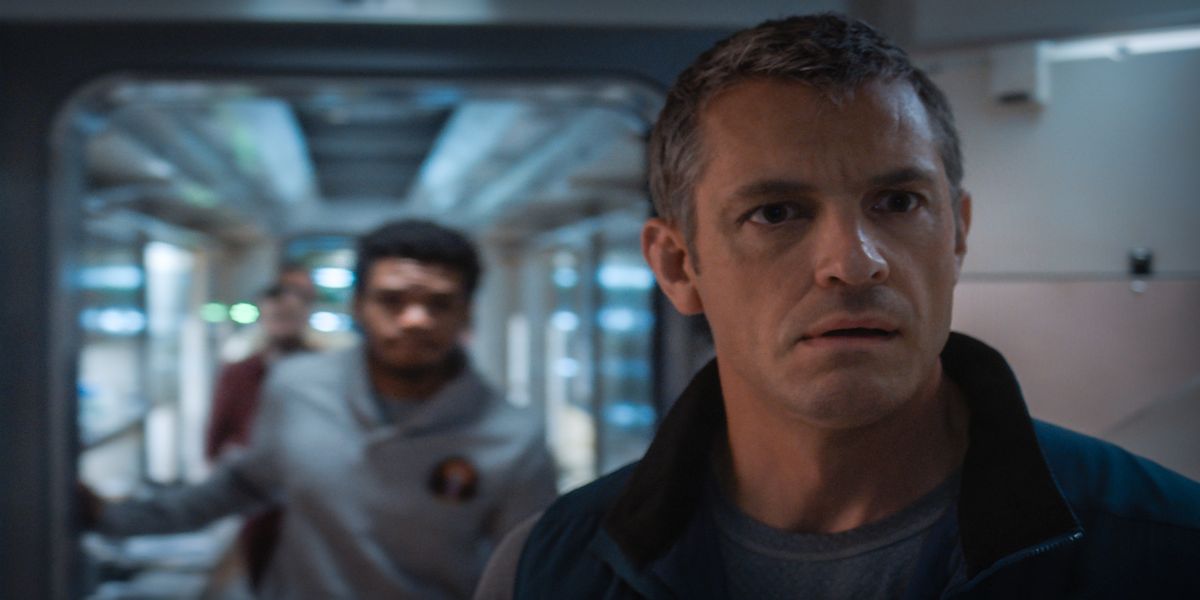 Ed requests Molly Cobb’s help in performing the tricky landing. Molly instructs Ed to focus on the horizon and wait for the precise moment to perform a free fall that will ensure that he crashes on the surface safely. However, when Ed tries to perform the free fall, the MSAm catches fire, making it difficult for him to survive. Nonetheless, Ed emerges from the wreckage alive. In the episode’s final moments, Ed and the remaining astronauts start forming a Mars colony. They must now wait for a few years before Sojourner-2 takes them back to Earth.

What Happens at Johnson Space Center?

In the episode, Jimmy arrives at the Johnson Space Center with his anti-NASA friends. However, Jimmy quickly realizes that the group is planning something sinister. Before Jimmy can warn anyone, he is knocked out by the group. Eventually, Karen finds Jimmy inside a van. When she frees Jimmy, Karen realizes that the van is laced with explosives. The group triggers the explosives before Karen has the chance to alert security. As a result, a massive explosion occurs outside the Johnson Space Center that shakes up NASA’s mission control. 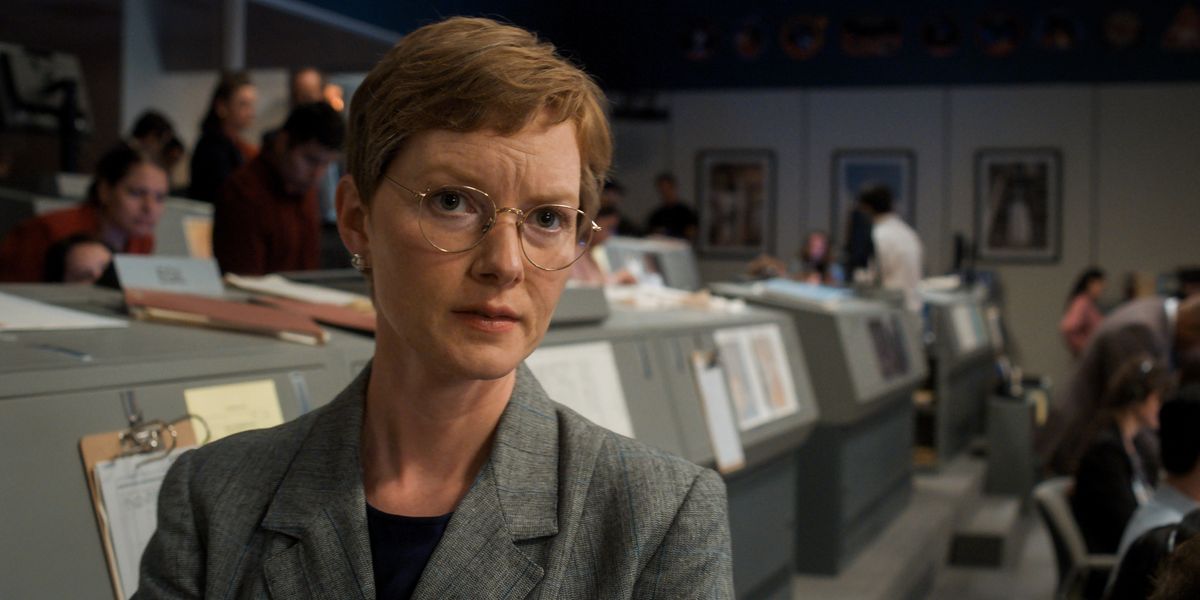 Karen is close to the blast, and she dies in the explosion. Molly helps rescue the survivors inside the Johnson Space Center while Aleida searches for margo. When Aleida arrives at Margo’s office, it has been destroyed. Margo’s body is nowhere to be seen, and she is presumed dead. A newspaper report later reveals that Molly died while saving the bomb blast survivors.

In the episode’s final moments, the scene moves forward to 2003. Margo is revealed to be alive. Her situation is juxtaposed against Sergei’s, who is adjusting to life in America. Meanwhile, Margo is likely in Russia. Margo was set to be apprehended for her alliance with the Soviet Union and sharing NASA’s engine designs with them. While Margo gave up the designs to save Sergei’s life, it is unlikely that she would have escaped the FBI investigation and subsequent arrest. Hence, Margo likely took Catiche’s help and defected to Russia. Consequently, the bomb blast was used to fake her death in the USA.

Read More: For All Mankind Episode 9 Recap and Ending, Explained