Does Moraine Die in The Wheel of Time? 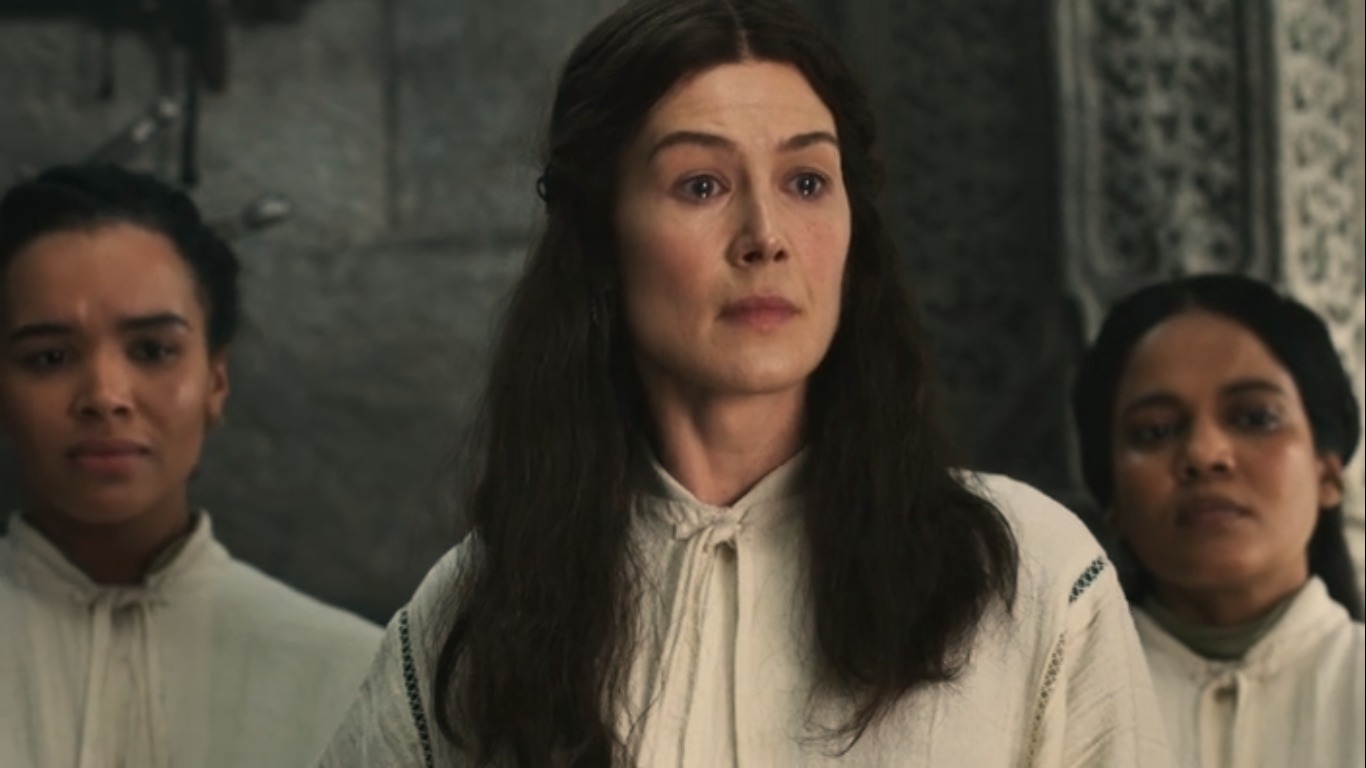 The epic saga of Amazon Prime’s ‘The Wheel of Time’ begins with Moiraine, a member of the magical Aes Sedai, searching for the prophesied Dragon Reborn. In a journey that has kept her traveling for many years, the powerful magic channeller has tried to locate the reincarnation of the legendary Dragon, who holds the fate of the world in his hands. As expected, in a land seeded with darkness and ominous beings, Moiraine is constantly surrounded by danger. Over the course of a few episodes, we have already seen her cheat death twice. Are you curious about what’s in store for this character and what her fate might be? Well, you’re in luck because we’ve got some clues! SPOILERS AHEAD.

Moiraine has been traveling for many years searching for the Dragon Reborn (19 years, according to the sourcebooks) before she finally comes across the five youths at the village of Two Rivers. She undergoes a series of deadly obstacles during this time, and we see her get injured during the trolloc attack. Despite slipping into a coma, Moiraine is healed by Nynaeve and the Aes Sedai healers and eventually recovers, only to then get fatally injured by the False Dragon.

Once again, but this time with a spectacular and unprecedented show of magical strength, Nynaeve heals the powerful magician and her fellow Aes Sedai members. Soon after, however, the deaths of Kerene and her Warder, Stepin, bring Moiraine and Lan uncomfortably close to death once again, and we see them contemplate the horrific prospect of one of them dying.

Though Moiraine is highly proficient in her magic channeling and is widely regarded as one of the most powerful members of her sisterhood, the dangers in her way are daunting. According to the books, Moiraine does eventually get killed, but not before she discovers the true Dragon Reborn.

Though it is not certain how closely the show will follow the book’s plot points, in the latter, Moiraine perishes while attempting to save the Dragon Reborn from Lanfear — a member of the group of dark magic channellers known as the Forsaken. The powerful Aes Sedai member, realizing that Lanfear plans to take control of the Dragon Reborn, attacks the Forsaken, and the two perish. Though Moiraine’s body is not seen, her Warder, Lan, claims that he can no longer feel the Warder-bond with her.

Thus, as ghastly as it sounds, Moiraine does eventually perish while on her long-running mission to help the Dragon Reborn. However, don’t lose hope yet, as there is a chance that we will see her resurrected sometime in the future. ‘The Wheel of Time’ is a long-running saga, and there comes a time further on in the winding narrative where Moiraine is rescued from the bonds of death and comes back to fight alongside the Dragon Reborn once again. In fact (according to the books), after returning from the dead, Moiraine actually outlives the Dragon Reborn and mourns his death after he perishes. Suffice it to say, we will see a lot more of Moiraine in the coming episodes.