Does Paul Die in Raised by Wolves Season 2? Theories 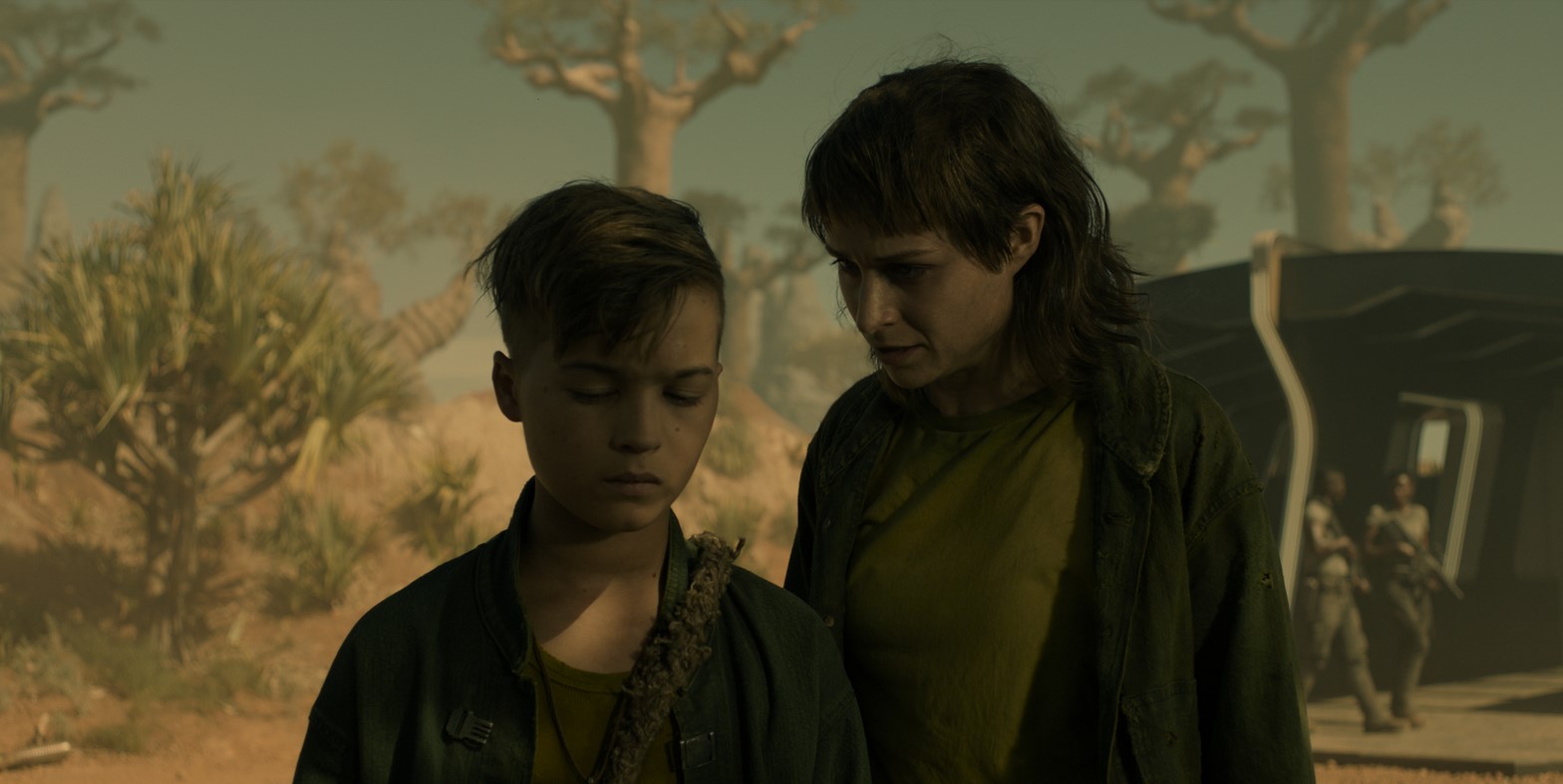 Created by Aaron Guzikowski, ‘Raised by Wolves’ is a science fiction drama series that explores faith, human nature, and the definition of sentience in a harsh and extra-terrestrial setting. In ‘Raised by Wolves,’ Earth has become inhabitable due to a war between the atheists and the followers of the Mithraic faith. After losing the war, the atheists send two androids, Father and Mother, to Kepler-22b with six embryos, hoping that humanity will have a new beginning there. But things become complicated as Mithraics and other atheists arrive on the planet. Paul (Felix Jamieson) is a Mithraic child whose parents are murdered by atheist imposters. Along with four other Mithraic children, he is taken to Kepler-22b by Mother after she destroys the Mithraic ark.

Among the six embryos, only one has survived: Campion. Paul and Campion grow close in the course of the series. Along with the other Mithraic children, Paul comes to accept Father and Mother as parental figures, especially after learning what happened to his real parents. In season 2, Paul becomes collateral damage in the continuing war between the atheists and the Mithraics. If you are wondering whether he survives, we got you covered. SPOILERS AHEAD.

Paul never loses his faith despite living among the atheist-made androids and later in the atheist colony called the Collective. He develops a complex relationship with Sue / Mary and Marcus / Caleb, the imposters who killed his parents. In season 2, his relationship with Sue becomes increasingly antagonistic as she holds on to her atheist beliefs. However, as Marcus goes through a drastic transition of faith, Paul comes to forgive him. Moreover, they both hear what they believe to be the voice of Sol, which brings them close as well.

In season 2 episode 4, titled ‘Control,’ the Trust, the quantum computer leading the Collective, attacks the remnants of the Mithraic faith with a bio-bomb implanted inside Paul’s mouse. After learning what has happened, Mother takes Paul from Marcus along with her necromancer eyes, goes back to the Collective, and shuts down the Trust. Paul is placed in Sue’s care. Sue is a medic and probably Paul’s best chance of survival. Despite Paul’s recent behavior, she hasn’t stopped loving him. The problem is that there is no antidote to Paul’s condition, as the Trust tells Mother. So, if Paul survives, something remarkable, even by ‘Raised by Wolves’ standard, has to happen.

Right after he is exposed to the bio-bomb, Paul’s pupils turn into slits. His body is covered in an organic layer, which later becomes a cocoon. It’s possible that he is undergoing a metamorphosis inside it and might emerge as a serpent or even a devolved human. Given how Sue’s interactions with the herbivorous serpent have become an important plot point in season 2, the chances of the former seem more prominent. And if Paul does become a serpent, it will open up several new interesting narrative avenues. His friendship with Campion can be explored in a different context after his transformation, as can be his relationship with Sue and Marcus.

Paul’s biggest chance of survival as a human probably lies with Mother. Marcus isn’t affected by the bio-bomb because of the necromancer eyes. Now, Mother has them back. If Paul does get cured, those eyes will most likely play an important role.

Read More: Who Is Decima in Raised by Wolves?