Does Steven Have DID in Moon Knight? Who Is Marc Spector? 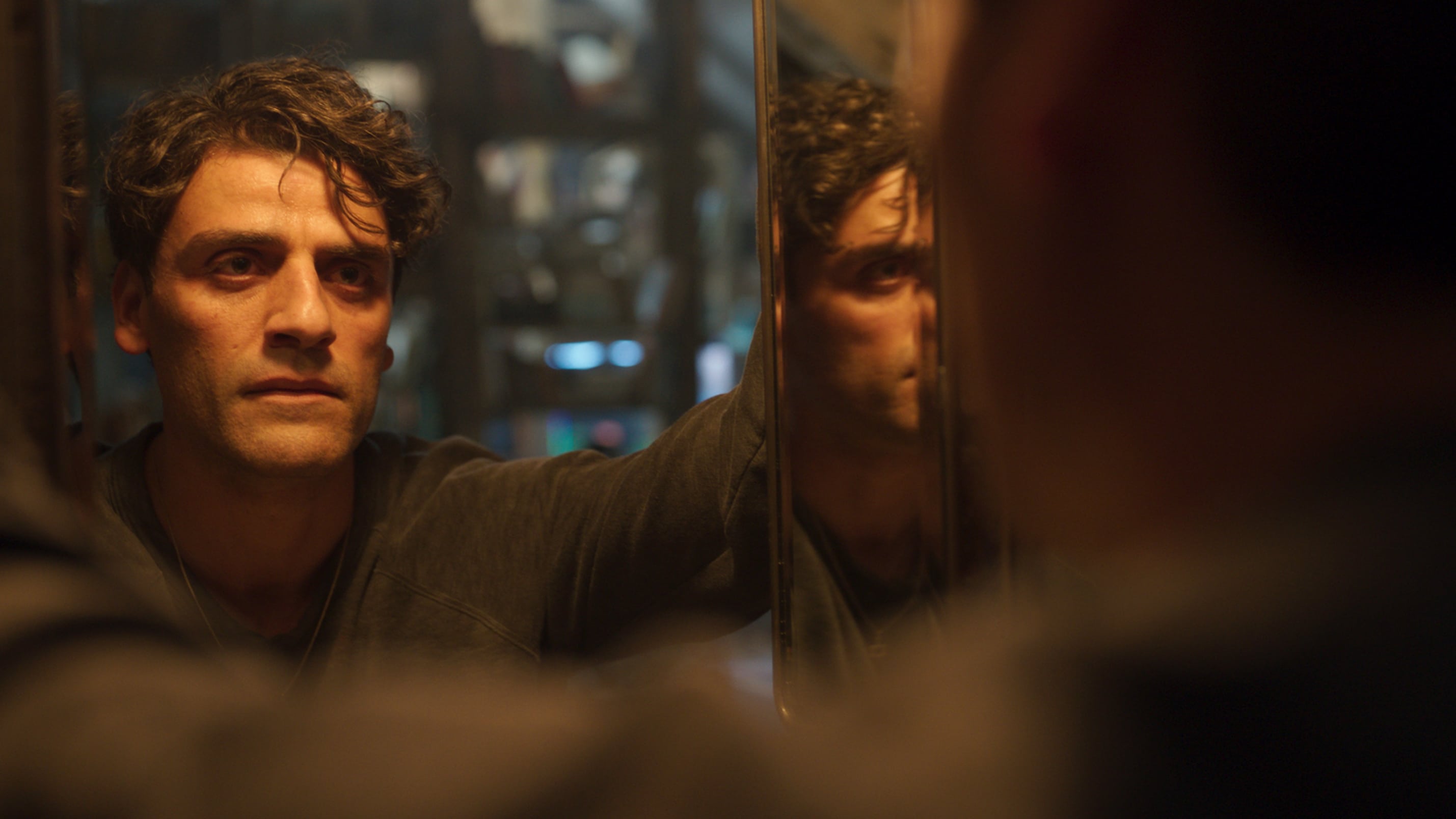 In the MCU’s ‘Moon Knight,’ ‘Steven Grant (Oscar Isaac) is a mild-mannered museum employee with not much going for him. His boss constantly belittles him, his mother doesn’t seem to pick up his calls, and he lives alone with a fish as a pet. Steven suffers from frequent blackouts during which he loses chunks of time. This especially happens when he is asleep, making him think he has a sleeping disorder. So, every night, before falling asleep, he ties his foot to the bed, afraid that he will wake up somewhere else.

One day, while at work, he discovers that he has asked a colleague out, though he has no recollection of it. The next time he goes to bed, Steven wakes up in the Alps and encounters Arthur Harrow (Ethan Hawke), the enigmatic leader of a cult dedicated to the Egyptian deity Ammit. It appears that Steven has somehow stolen a golden scarab, and now the cult is after him.

Toward the end of the episode, Arthur unleashes a jackal monster on Steven. Moon Knight subsequently emerges from within Steven and kills the monster. What Steven thinks is a sleeping disorder increasingly appears to be dissociative identity disorder (DID). If you are wondering whether Steven has the condition, this is what you need to know. SPOILERS AHEAD.

Does Steven Have DID?

In Marvel Comics, Moon Knight’s mental condition is a complicated issue. Initially, he does seem to have DID, and Steven Grant is one of his personalities. Unlike in the show, Grant is a wealthy businessperson in the comics. Moon Knight principally has two other alternate personalities: Jake Lockley is a taxi driver, and Mr. Knight is a consultant. Over the years, other personalities have emerged.

The character’s primary personality is Marc Spector, a mercenary that has previously served in the US Marine Corps and the CIA. After being left for dead by Raoul Bushman, a fellow mercenary who eventually becomes arguably his worst nemesis, Marc encounters Khonshu, the Egyptian god of the Moon, and subsequently turns into the left “Fist of Khonshu,” helping the innocents and punishing evildoers.

Now, Khonshu has four different aspects — “the traveler,” “the pathfinder,” “the embracer,” and “the defender of those who travel at night.” Marc’s mental issues were either caused by childhood trauma or due to Khonshu forming a psychic connection with Marc when the latter was young. The connection forces Marc to exhibit the four aforementioned aspects of the Moon God through his multiple personalities. For MCU’s ‘Moon Knight,’ Khonshu was developed through CGI from the onset performances of Karim El Hakim. F. Murray Abraham lends his voice to the character.

The creators of the show knew that mental health is an integral path of the narrative of the Moon Knight comics. They consulted Dr. Paul Puri, a psychiatrist and an Assistant Clinical Professor at UCLA. “The beautiful thing about Moon Knight’s adventures was he was always inclusive. He never let his own mental illness define him,” said executive producer Grant Curtis in the production brief. “And therefore, he never let societies’ labels that were placed on others define the people he brought on his adventures with him.”

Isaac seems to agree. “I think it was just about being honest to what Dissociative Identity Disorder is, and honest to what a lot of people have to deal with, which is really intense childhood trauma and how that manifests as an adult. I think for us it was about authenticity, more than even story communication,” he stated.

Who Is Marc Spector?

As mentioned above, Marc Spector is the original personality. In the comics, he is a Jewish-American mercenary who grows up in Chicago, Illinois, witnessing his rabbi father enduring discrimination and racism. Marc gradually starts using violence to deal with his problems, much to his father’s dismay. Given that Rey Lucas and Fernanda Andrade have been cast as Marc’s parents, we will probably see them in future episodes, likely in flashback sequences.

When Marc was a child, he discovered that Rabbi Yitz Perlman, a friend of his family, was actually a Nazi deserter and a serial killer who called himself Ernst and exclusively targeted Jewish people. Marc managed to escape from Ernst, prompting the latter to flee immediately. This incident traumatized him and is believed to be the reason for his DID. Isaac has used his American accent while portraying Marc. For Steven, he used the accents of the Jewish community in Enfield, London, as a template and kept his mannerism and speech patterns consciously over-the-top.