Does the Baby Die in All of Us Are Dead? 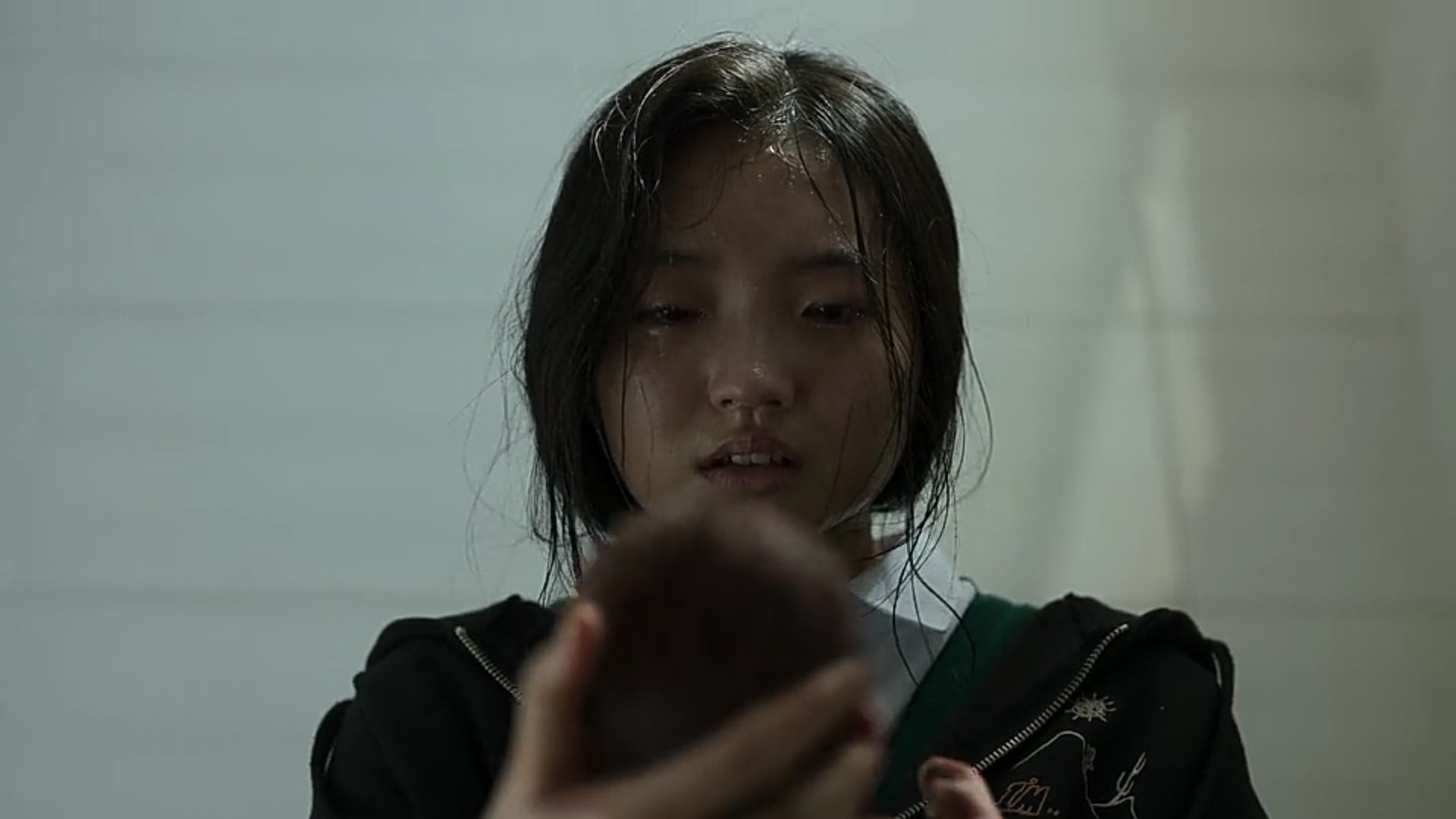 Having an ensemble cast allows the South Korean teen-drama zombie series ‘All of Us Are Dead’ the opportunity to explore how an incredible catastrophe like a zombie apocalypse will affect the lives of a diverse group of people. Park Hee-Su is a student at the Hyosan High School. However, on the day when it becomes ground zero for the zombie outbreak, she is seen leaving the school premises while the rest of the student body huddles up there for the day. It is later revealed that she is pregnant. In episode 3, she gives birth to her child in a public restroom. If you are wondering what happened to Park Hee-su’s baby in ‘All of Us Are Dead,’ we got you covered. SPOILERS AHEAD.

Does the Baby Die?

No, Park Hee-Su’s baby doesn’t die in ‘All of Us Are Dead.’ When she gives birth to her child, Hee-Su has no idea that a zombie apocalypse is unfolding around her. Her plan was to leave the child at the restroom, and she does. But then, she ventures outside and discovers that the world has gone to hell in a handbasket. The outbreak has begun to spread throughout the city. Hee-Su rushes back inside the restroom, picks up her child, and runs. Eventually, she gets bitten. She finds herself in Cheongsan Chicken, an eatery run by Lee Cheong-san’s (Chan-Young Yoon) parents. As she begins to turn, Hee-Su puts her baby down on one of the benches and then ties herself to the door so that she will not be able to harm her child when she becomes a full-fledged zombie.

This is how detective Song Jae-il and auxiliary police officer Jeon Ho-cheol find them when they arrive at the eatery while trying to get to the school to retrieve Lee Byeong-chan’s laptop. Ever the perfect police officer, Jae-il decides to take the baby with them. They also rescue a young girl, much to the dismay of Ho-cheol, who is not as altruistic as his impromptu partner. He eventually becomes exasperated with Jae-il when the latter tries to save the YouTuber Orangibberish and seemingly escapes with the children, leaving Jae-il behind with the social media influencer. 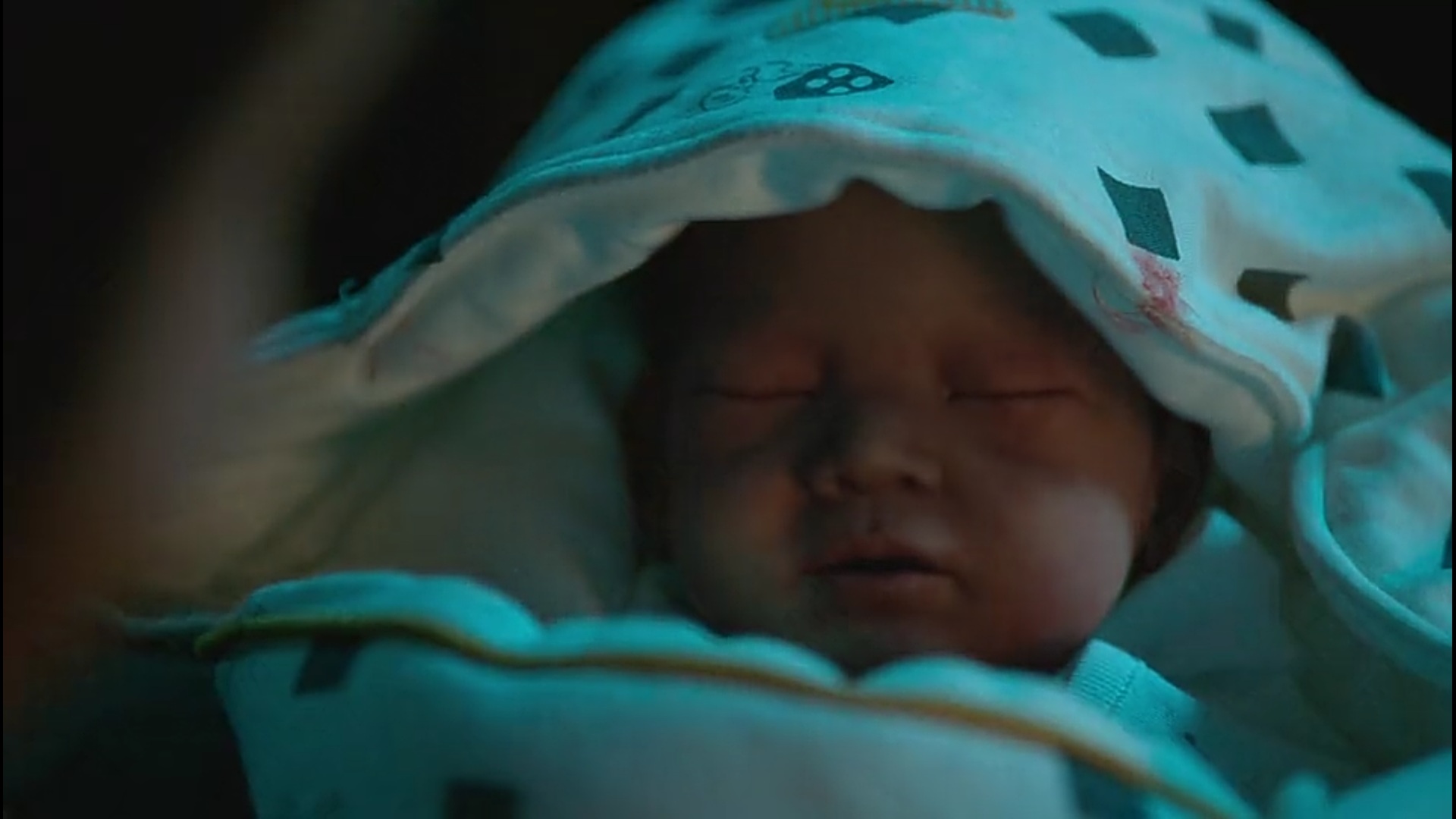 However, Ho-cheol eventually returns with a bus and rescues both Jae-il and Orangibberish from a group of zombies. In episode 8, as they try to get to safety with the young girl and Hee-Su’s baby, they accidentally run over Min Eun-ji, who doesn’t die because by then she has become a halfbie, a mutation that is neither human nor zombie. The military subsequently arrives and takes the group into custody. The child is not seen again in the first season. They are presumably placed under observation with the rest of the people arriving from Hyochan after it is discovered that the infection can be asymptomatic.

After the outbreak seemingly ended, we can assume that the state took responsibility for the child. They might even get adopted by a loving family and can leave the horrors of the days of their birth behind.