Does the Dog Ruby Die in Rescued by Ruby?

Netflix’s ‘Rescued by Ruby‘ is a drama movie that touches everyone’s hearts, especially those who love animals. Directed by Katt Shea, it tells the extraordinary true story of police trooper Dan O’Neil, who rescues a sweet dog called Ruby from being euthanized at the shelter. She is rejected by many for her unmanageable behavior, but he takes up the challenge of training her and shows relentless faith in her. Slowly, the duo forges a beautiful friendship and starts inching towards fulfilling Dan’s dream of becoming a part of the prestigious K-9 unit.

However, a failed first mission causes a misunderstanding between Dan and Ruby, leading her to run away. As he frantically searches for his missing four-legged friend in the pouring rain, one can’t help but worry if something untoward happens to her. Let’s find out whether Dan loses Ruby forever or whether she makes it back to him safely, shall we? SPOILERS AHEAD.

Ruby is returned to the shelter seven times by adoptive families due to her stubborn and disobedient behavior. Despite shelter volunteer Pat’s constant efforts to save Ruby from being euthanized, her coworker puts his foot down and decides to go ahead with it. Luckily, just hours before that can happen, Dan walks in and takes Ruby home. 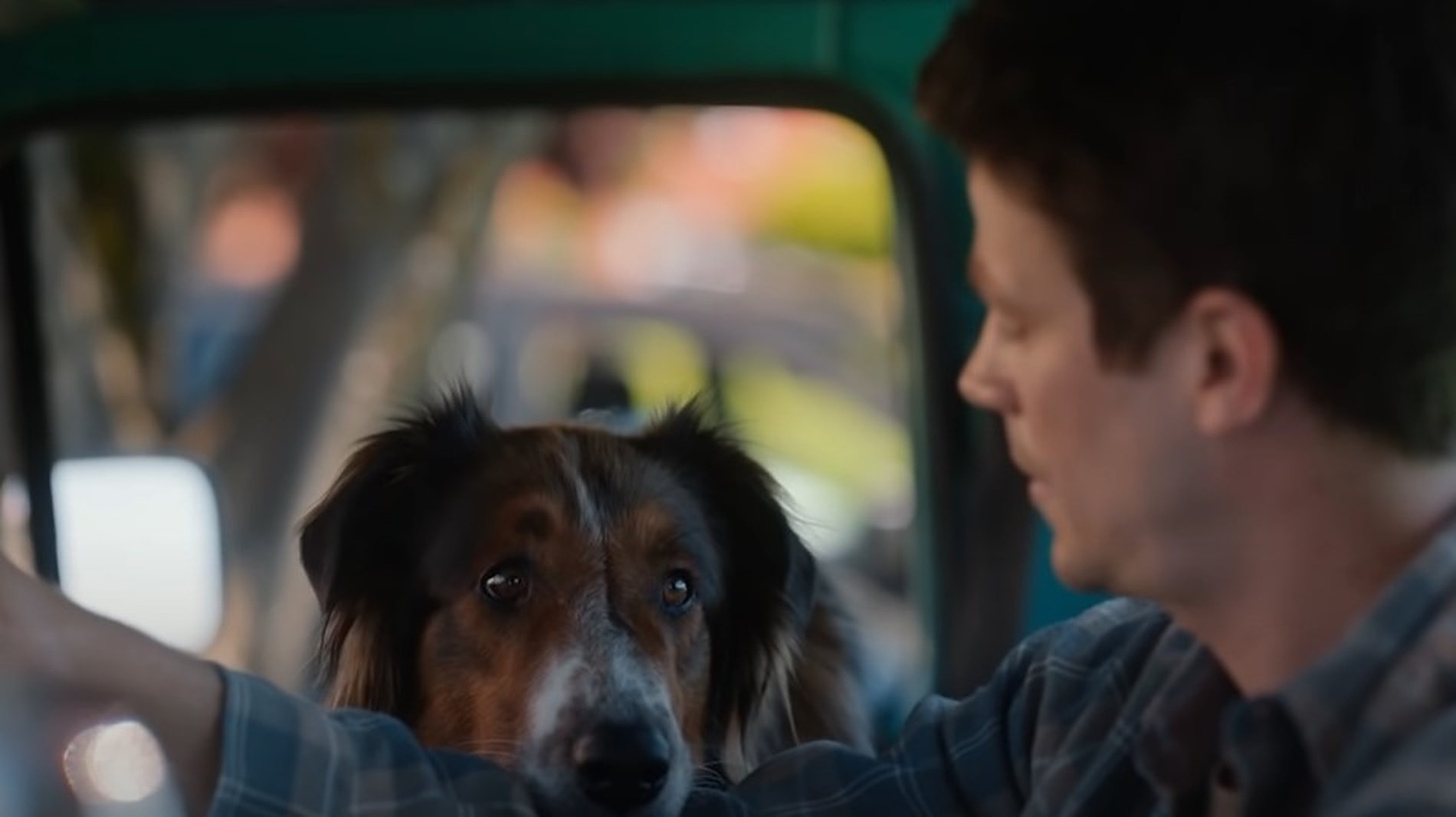 Initially, the mischievous pooch refuses to follow instructions and turns the O’Neil household upside down, much to the dismay of Dan and his wife Melissa. But seeing Ruby’s energetic nature and determination, he refuses to lose hope and starts training her for the K-9 academy entrance tests. Sadly, she fails the test, and academy instructor Matt Zarrella tells Dan to give up on his dream of being in the unit.

Later, Dan and Ruby work extremely hard with Melissa’s support and miraculously qualify in the examination for the selections. Unfortunately, on their first search and rescue mission, Dan goes against Ruby’s indication and fails to find the victim’s body in a murder case. Fearing that Matt will remove him from the unit, he begins blaming her for his failure.

An upset Ruby gets deeply affected by Dan’s rebukes, and quietly slips out of the house one night. The next morning, Dan realizes that she’s gone and starts looking for her in a panicked state. As the entire neighborhood joins in the search, Matt calls Dan to report with Ruby for the search and rescue mission for a missing teenage boy. Worried at all ends, Dan drives all over the city to find his canine partner in the rain.

At one point, Dan misses Ruby who is hiding under a bridge, but she does not reveal herself to him. Thankfully, she comes back safely home on her own and a relieved Dan apologizes to her for mistrusting her earlier. They both join in the search and rescue mission and Ruby tactfully searches the dangerous woods to lead Dan to the injured boy. In addition, when the GPS and radio signal gets lost, she guides the rest of the team to their location by barking.

To everyone’s surprise, the missing boy turns out to be Pat’s son, and she is highly grateful to Ruby and Dan. Thus, Pat’s kindness gets rewarded when the very dog she saved repays her by saving her son. Dan and Ruby get a lot of recognition and respect for their courageous contribution to the community.

Coming to the real story it is inspired from, Ruby is an Australian Shepherd and border collie mix who was rescued from being put down at the shelter by Rhode Island State Police Trooper Daniel O’Neil in 2011. With his persistent efforts, she has become one of the best officers in the state police’s K-9 unit. In October 2017, she helped find and rescue Patricia Inman’s son, several years after the lady saved her at the SPCA shelter. In 2018, Ruby was awarded the title of ‘Search and Rescue Hero Dog’ by the American Humane Society.

Much like her on-screen counterpart, the real-life Ruby also ran away once in 2018 but was thankfully found after a worrisome 19-hour search in a neighbor’s yard. For the past 11 years, Daniel and Ruby have been sincerely serving the community of Rhode Island as dedicated officers of the K-9 unit.