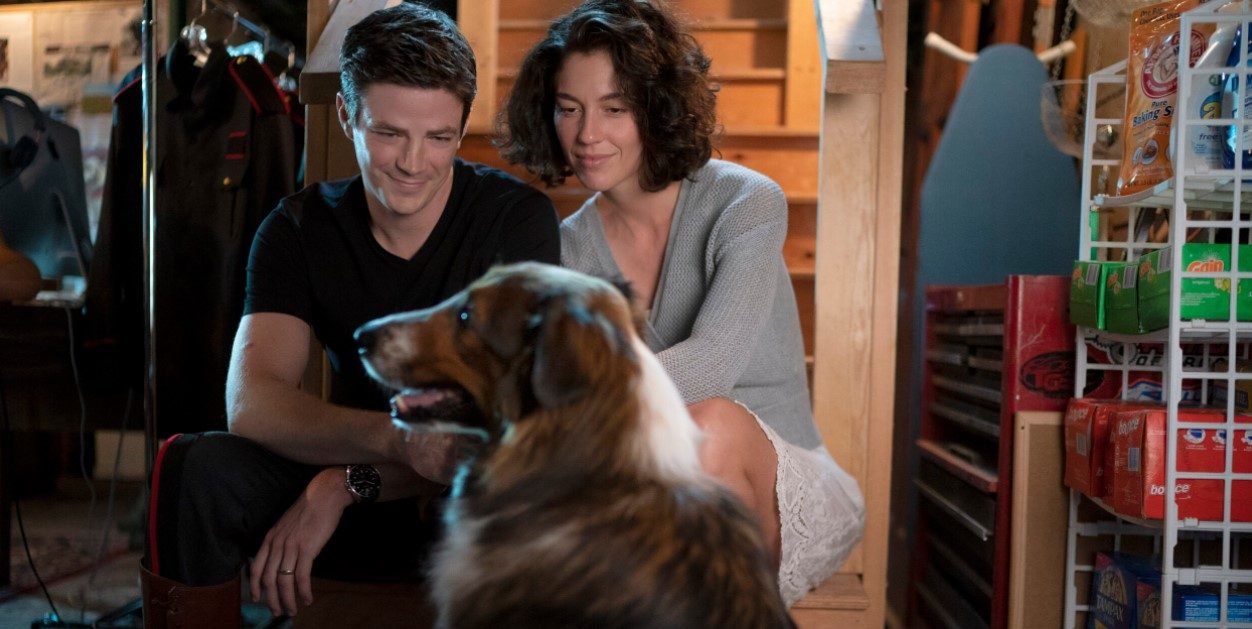 Directed by Katt Shea, ‘Rescued by Ruby‘ is a touching drama movie on Netflix. It chronicles the inspiring journey of Ruby, an Australian Shepherd and border collie mix who gets rescued from being euthanized at the shelter by police trooper Dan O’Neil. He takes up the challenge of training her, even after she is termed unmanageable by everyone. With persistent efforts, they are soon able to become indispensable parts of the K-9 unit and end up miraculously saving the life of someone dear.

An emotional tale of the love between a person and his dog, ‘Rescued by Ruby’ tugs at the heartstrings of all animal lovers with its impactful narrative and performances. Now, if you wish to enjoy more such heartwarming movies about the beautiful creatures that dogs are, we’ve compiled the perfect list for you. You can watch most of these movies similar to ‘Rescued by Ruby’ on Netflix, Hulu, or Amazon Prime.

Directed by Lasse Hallström, ‘A Dog’s Purpose’ is a comedy-drama adventure movie that documents the eternal love a dog has for his master, that transcends even the concepts of life and death. Bailey, a Red Retriever dog born in 1961, is rescued by an eight-year-old boy named Ethan and starts considering the latter his life’s purpose. Over several decades, Bailey lives through multiple lifetimes and is reborn as a different dog, only to try and seek Ethan each time.

Bailey meets several masters and fates in each life, only to be reunited with Ethan in the end, proving the immense power of a dog’s love. Ruby has a similar attachment to Dan in ‘Rescued by Ruby,’ and he too relates to her and trusts her deeply. What’s more, even Bailey is once born as police search and rescue dog Ellie, mirroring Ruby’s job of saving missing persons. 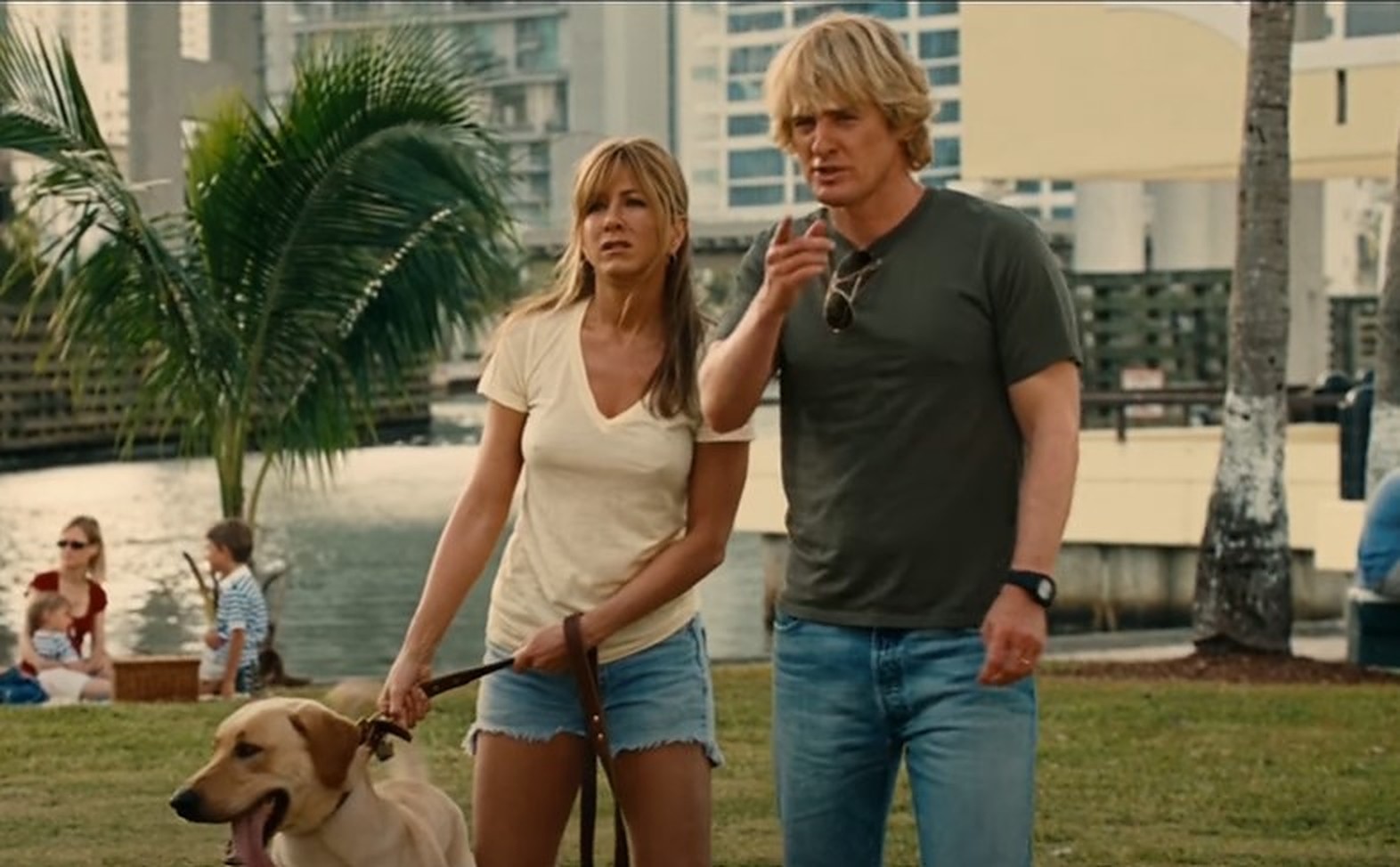 David Frankel directed comedy-drama movie ‘Marley & Me,’ revolves around the titular Labrador Retriever puppy, who creates a major nuisance for John and Jenny, a young couple who adopt him. A stubborn Marley refuses to learn compliance and gets kicked out of a dog obedience program. Furthermore, he wreaks the house when John and Jenny go for a vacation and almost gets killed while trying to escape a vet visit to get neutered.

Even though Marley is extremely unruly, he soon occupies a special place in John and Jenny’s hearts and supports them through all the highs and lows of life. Similar to Ruby, Marley also is strong-headed and refuses to take instructions. But the lovable and supportive natures of both canines get highlighted with just the right amount of care and discipline in the movies. 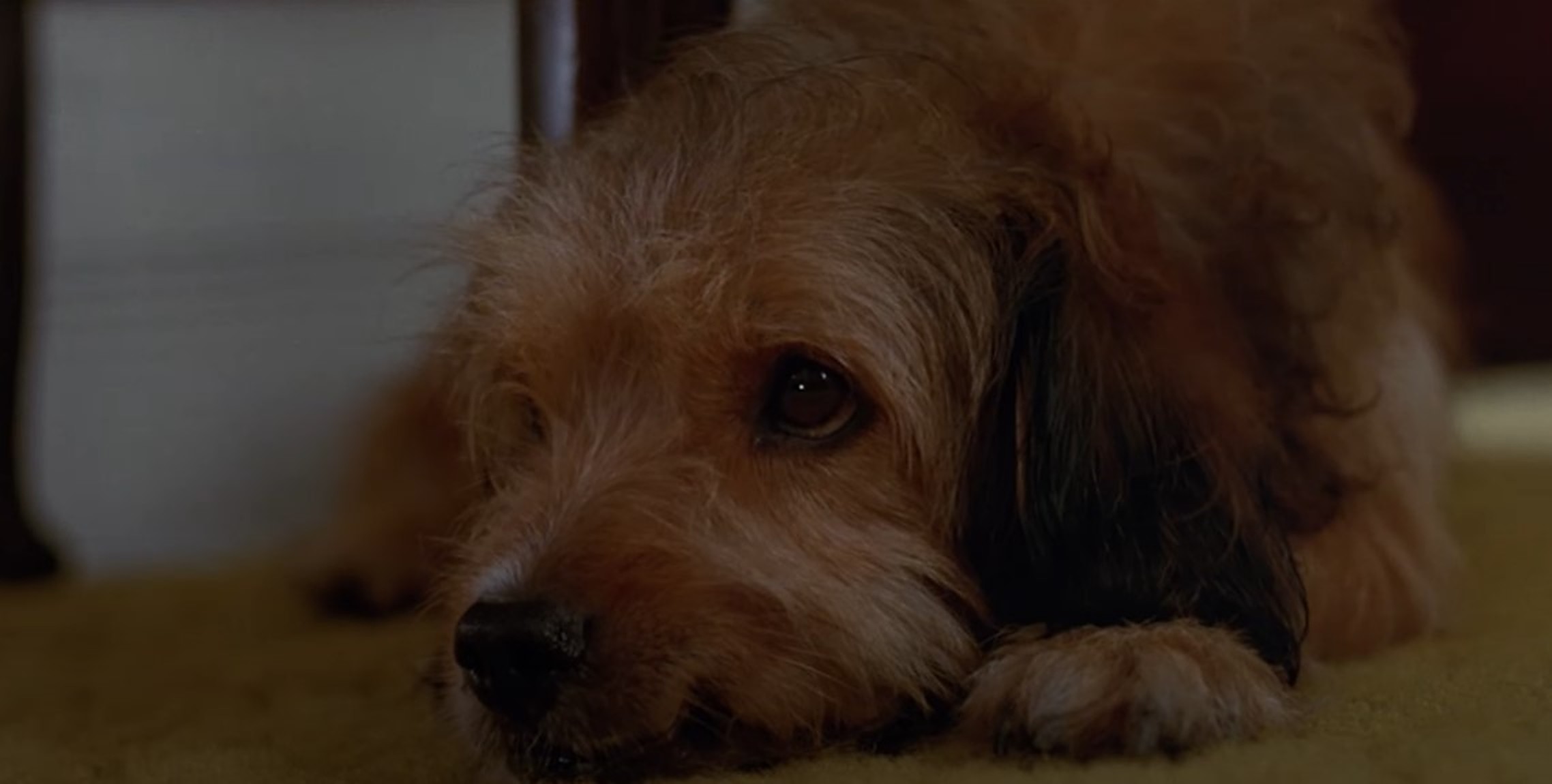 ‘Benji’ is a family drama movie that depicts the unconditional love of a dog towards his human friends. Directed by Joe Camp, it chronicles the adventures of Benji, a stray dog who befriends siblings Paul and Cindy. With the help of their housekeeper Mary, the children regularly feed and play with him, while keeping it a secret from their strict father Dr. Chapman.

Despite Dr. Chapman’s resentment towards the pooch, Benji exhibits exemplary courage when three criminals threaten to harm and kidnap his young friends. With the help of his other four-legged companion Tiffany, Benji not just outsmarts the wicked trio but also reunites Dr. Chapman with his kids. Both ‘Benji’ and ‘Rescued by Ruby’ feature two underestimated canine protagonists, who prove everybody wrong with their heroic acts and extraordinary kindness.

Directed by Boaz Yakin, ‘Max’ is a family adventure drama movie that follows the titular canine, a Belgian Malinois Military Dog, who loses his handler, Kyle, in a tragic gunfight on the battlefield. Deeply traumatized by his death, Max behaves aggressively with everyone except Kyle’s brother Justin. The latter initially resents the dog, but soon takes up the responsibility of training his problematic behavior.

Eventually, Max forms a strong bond with Justin and risks his own life to help him bust an illegal weapons ring run by Kyle’s friend Tyler. Much like Ruby, Max is also termed untameable by everyone due to his unruly behavior but finds support in Justin, who refuses to give up on him and helps him become more social. Furthermore, both canines faithfully protect their masters and use their skills to help in a good deed. 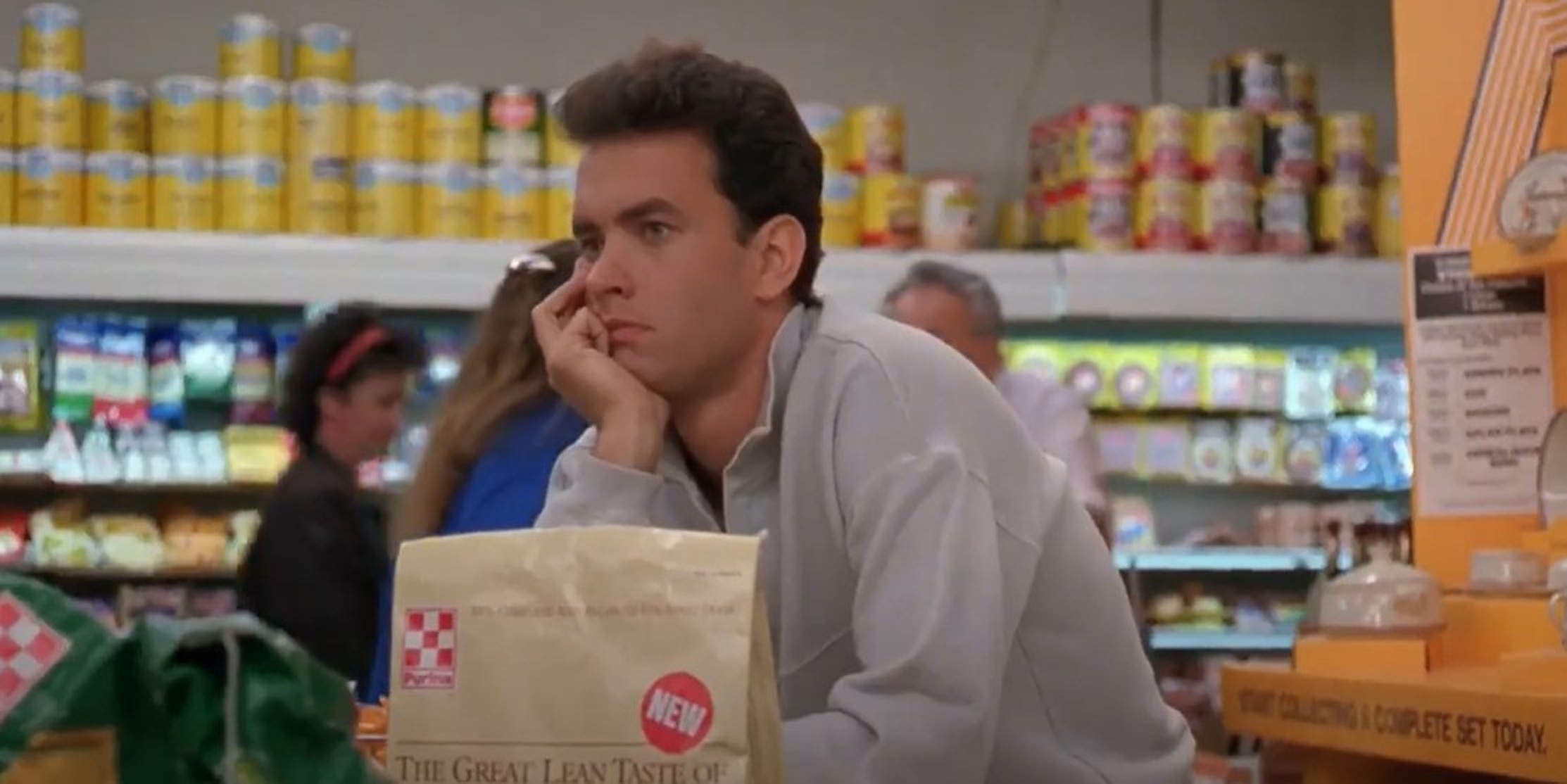 Helmed by Roger Spottiswoode, ‘Turner and Hooch’ is a buddy cop comedy movie that revolves around a police detective Scott Turner, who unwillingly takes in Hooch, the mischievous dog of his slain friend Amos. Hooch is the sole witness to Amos’ murder and thus, helps Scott in identifying and apprehending the culprits. In the beginning, the naughty pooch turns the cop’s prim and proper life upside down, but with time, they become good friends.

Like Melissa supports Dan in taking care of Ruby in ‘Rescued by Ruby,’ Scott seeks the support of veterinarian Emily to manage his four-legged partner. Moreover, Scott and Hooch overcome all their differences for a greater cause, drawing parallels with Dan and Ruby. Although, the latter pair gets a happier end compared to the first.

‘Dog‘ is a sweet comedy-drama movie featuring yet another Belgian Malinois Military dog. Directed by Channing Tatum and Reid Carolin, it follows US Ranger Jackson Briggs, who is assigned to accompany the canine protagonist Lulu on a lengthy road trip to attend the funeral of her former handler. Due to his post-traumatic stress disorder, Jackson initially finds it impossible to tame a difficult Lulu, who also is grappling with the grief of her handler’s death. But as their journey progresses, both of them start overcoming their fears and understanding each other.

Jackson and Lulu have several adventures with each other and prove that no matter how tough they may seem on the outside, they both understand each other the best. Both Ruby and Lulu are dogs with turbulent pasts, yet they transform under the firm yet caring guidance of their new human companions. Also, they teach their humans a thing or two about compassion and courage.

Ericson Core’s directorial ‘Togo’ is a historical adventure drama movie that chronicles the story of the eponymous sled dog, who is the uncredited hero of the 1925 serum run to Nome. Musher Leonhard Seppala, who breeds and trains dogs for sled races, has a rather troublesome time trying to reign in his over-energetic and stubborn Siberian Husky puppy Togo. The latter not just causes trouble for the other dogs but also refuses to be trained. However, Togo slowly grows up to be the leader of the sled pack and becomes an expert racer under Leonhard’s tutelage.

The ultimate test arrives when Leonhard enlists an old, 12-year-old Togo to lead the pack on a highly dangerous mission to collect the antitoxin serum for the diphtheria outbreak in Nome. Despite everyone’s reservations and multiple risks, the canine braves all odds to get his pack and master back in time to save lives. Just like Ruby, Togo is first considered ill-behaved and underestimated by everyone, but ends up being a hero due to his unwavering loyalty and his master’s efforts.

Read More: Is Rescued by Ruby Based on a True Story?