Does the Professor Die in Money Heist Season 5 Part 2?

With how innovative and unpredictable the plot of ‘Money Heist’ has been throughout the seasons, the audience was pretty much sure that none of their favorite characters would be safe in the final outing of the Spanish series. And that includes the Professor or Sergio Marquina (Álvaro Morte), the indisputable leader of the merry band of thieves that we have come to know and love.

He is a criminal mastermind whose actions bring a first-world country’s economy to its knees. And yet, he is prone to let his emotions control him and has this unshakable moral code that helps him navigate the problems he and his crew face. If you are wondering whether the Professor survives in ‘Money Heist’ season 5 part 2, we got you covered. SPOILERS AHEAD.

Does the Professor Die in Money Heist?

No, the Professor doesn’t die in ‘Money Heist’ season 5 part 2. In the final scene of the series, he and his team are shown to be flying out of the country on a helicopter. At the start of the second part of season 5, the Professor deals with the news of Tokyo’s death. She and the Professor shared a close connection, and her passing fills him with nearly overwhelming grief. Ultimately, he does manage to regain enough control to go after Alicia Sierra, who escapes from the crew with her child, and then convince her to become a full-fledged member of the crew. 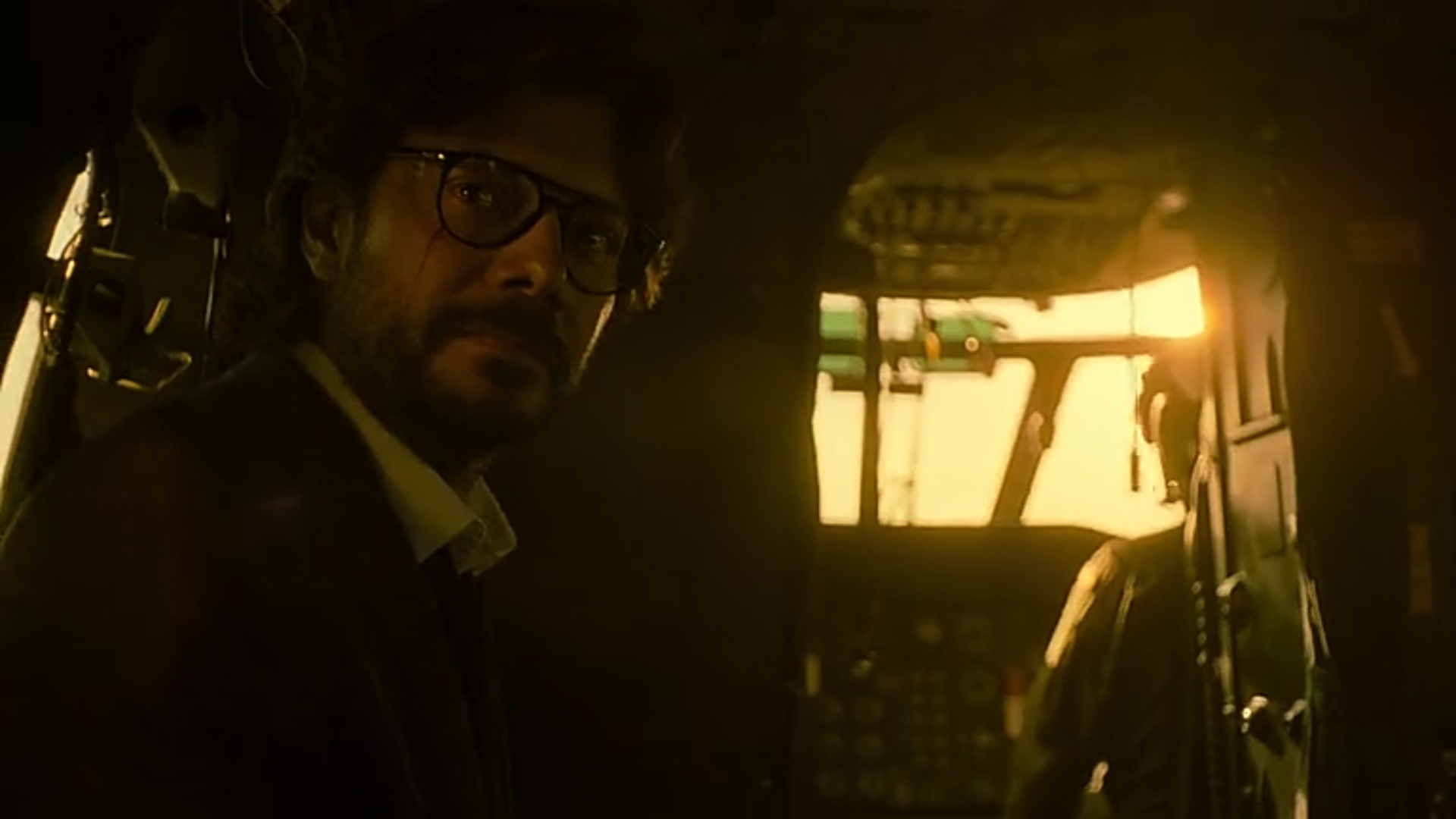 While the team inside the bank melts the ingots of gold, turning them into gravel and transferring them through miles of pipes to the stormwater tank, Benjamin and his crew collect the gold, melt it again, and turn it back into ingots. An unforeseen complexity arises when the authorities seemingly find their hideout. The Professor decides to surrender, not wanting anyone else to die for his actions. However, this turns out to be a mistake and arguably the biggest one the Professor has made in the entire series.

It is revealed that it is not the authorities who have found them but a competing crew of criminals led by Berlin’s son, Rafael, and Berlin’s former wife, Tatiana. Most of the crew members believe that the gold is supposed to serve as the bargaining chip for their release from the clutches of the authorities. It is then that a member of Sagasta’s unit deactivates the explosives on all three entrances of the bank and lets the military and police in. And the bank crew is subsequently arrested.

The Professor then initiates one last brilliant but desperate plan. He sends Alicia and Benjamin to find the gold and Marseille to lead the government on a pointless chase. As the robbers let the world know that they have stolen the gold with the help of their Pakistani associates, Spain’s economy faces an immediate collapse. The Professor arrives at the bank and offers Tamayo a deal in which they will both win. Having no other viable choice, Tamayo accepts. He promises to let the crew go in exchange for the gold.

However, the ingots that the Professor gives the Spanish authorities back are made of brass. The Professor is somewhat erroneously considered a hero and compared to Robin Hood. Sergio is ultimately a thief. He comes from a family of thieves. He steals because he loves to do it and because he is good at it. There is no altruistic purpose involved in it.

While Alicia gets the gold back, Sergio forces Tamayo to agree to all his terms. As the world believes that the gold is back inside the Bank of Spain, the country’s economy stabilizes. The crew collaborates with the government as their deaths are faked. Denver, who was arrested earlier, joins them. The Professor and his crew receive new passports, with which they leave the country toward a life of complete freedom. The government will not pursue them ever again, knowing that if it does, the brass ingots inside the Bank of Spain will become public knowledge, and the country’s economy will face another crisis.

Read More: Where Is the Gold at the End of Money Heist Season 5 Part 2?