Does Tony Kill Himself at the End of After Life Season 3? 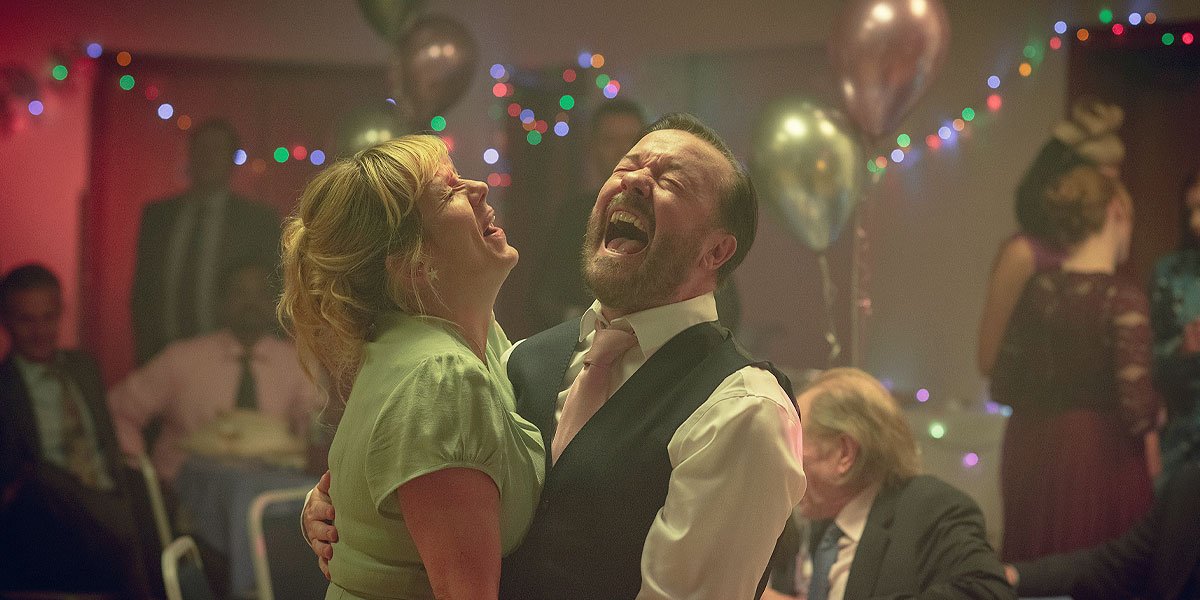 Created by and starring Ricky Gervais, ‘After Life’ is a comedy-drama series that encapsulates life’s beauty and tragedy. It tells the story of Tony Johnson (Gervais), a journalist that lives in the fictional town of Tambury and works for a local newspaper. After losing his wife Lisa (Kerry Godliman) to breast cancer, Tony descends into severe depression. He lashes out in rage and frustration against the rest of the world, oftentimes aiming his harshest words at his well-wishers. He also starts harboring suicidal thoughts. The only ray of sunshine in his life is his dog, Brandy. It is his sense of responsibility to the dog and his elderly father that initially prevents him from taking his life.

However, after his father’s death at the end of season 2, Tony experiences one of the lowest points in his life and nearly kills himself. Fortunately, just then, Emma (Ashley Jensen), a nurse toward whom Tony becomes romantically drawn, appears at his doorsteps and inadvertently saves his life. If you are wondering whether Tony lives through the third season of ‘After Life,’ this is what you need to know.

Does Tony Die in After Life Season 3?

No, Tony doesn’t die in ‘After Life’ season 3. More accurately, his death isn’t explicitly depicted in the third and final season of ‘After Life.’ But like always, the series has offered an intimate commentary on life, death, grief, and acceptance. In season 3, Tony not only deals with the death of his wife but also the recent demise of his father. Combined with the awareness of his most recent attempt to kill himself, his grief makes his life immensely miserable.

However, Tony simultaneously seems to be infused with more optimism than ever before. He is not yet ready to embark on a new relationship as his past weighs him down, and that’s why he ultimately loses Emma. But he still makes remarkable progress by letting go of the pain and allowing himself to heal. Grief is incessant, but time allows us to deal with it more proficiently. The final season is all about Tony learning that lesson and evolving.

In the last episode of the series, Tony finally makes use of Lisa’s insurance money. He gives away a considerable part of it in what seems like an effort to create new and positive memories involving his wife. The show’s final scene depicts Tony walking through a park with Brandy. A rendition of Joni Mitchell’s “Both Sides Now” plays in the background. Lisa briefly appears and joins them before vanishing again.

Then Brandy disappears and is soon followed by Tony. While it does depict the inevitability of death, it also asserts that neither Tony nor Brandy is dying immediately. As Gervais said in an interview, “It’s basically saying – this isn’t a spoiler, I promise – It’s basically saying, we all die, but not today. That’s all it’s sort of saying, it’s that at the moment, it’s good. It’s fine.”

Gervais is an atheist in real life, and it’s reflected in his body of work. “I think it’s beautiful that life is finite, that, as I say, you don’t exist for 13 and-a-half billion years, you’re born, you have these 80, 90 years if you’re lucky, and you die, never to exist again, and you’re forgotten,” he stated in a different interview. So, while the fans may feel depressed that the ending implies the eventual death of Tony Johnson, they must remember that the journey is always more important than the destination.

Life is precious because it’s fleeting. Death is the only and most natural ending for all of us. No one is exempt from that, not even most of our beloved fictional characters and their canine companions. If anything, the ending demonstrates it will be a while before Tony dies. This is truly remarkable for a character who nearly killed himself in the previous season.

Read More: Is Tambury a Real Place in England? Is the Tambury Gazette a Real Newspaper?