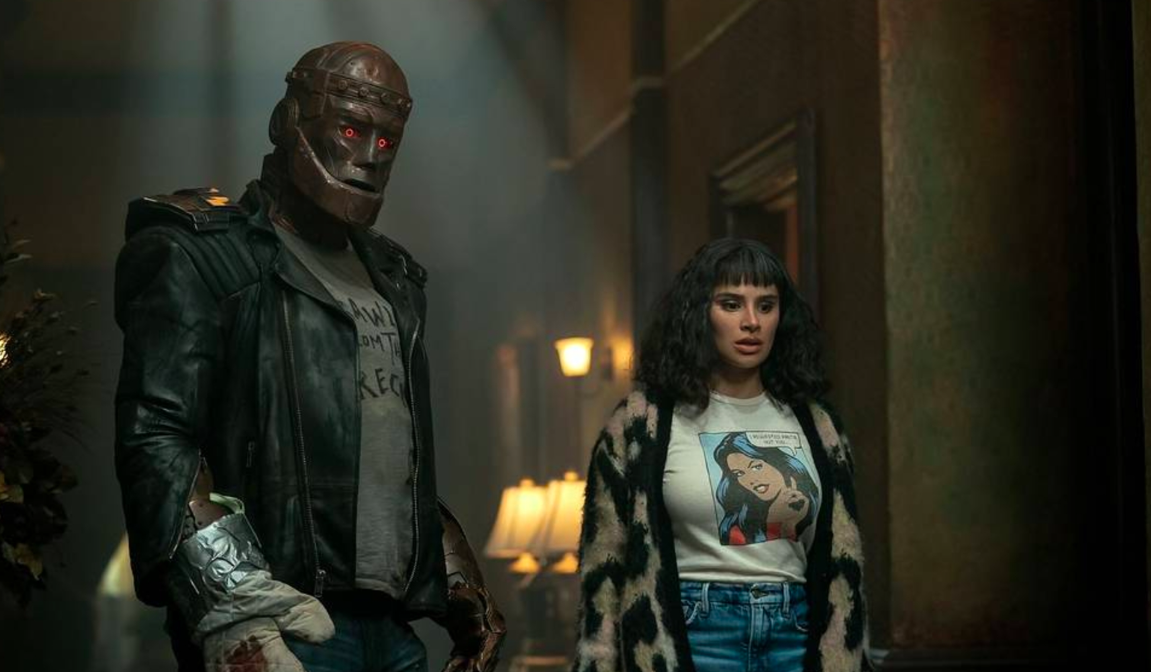 HBO Max’s ‘Doom Patrol’ begins the second half of its fourth season with the imminent arrival of the titular team’s greatest enemy yet. In this episode, all the members of the Patrol find themselves in an impossible situation, where each of them has to make a decision that will decide their fate. Once again, we see their personal issues dictate their decision-making process, and by the end of it, they get caught up in circumstances that feel impossible to get out of. The ending of this episode also calls back to the first episode of this season, which not only brings the story sort of full circle but also dumps another apocalyptic danger on the world. Here’s what it means for the future of ‘Doom Patrol’. SPOILERS AHEAD!

At the end of the previous episode, all the members of Doom Patrol were turned into babies. Bunbury took Jane’s longevity to hide it from Immortus. In this episode, we find all of them turned back to their adult self, courtesy of Willoughby. While he reversed the Youth Spell, he couldn’t bring back Jane’s longevity, who has no idea what to do next. All of the other personalities are busy solving the puzzles that Kay gave them. Cliff advises Jane to use her remaining time to do the things she always wanted to do but never could. This leads her to Shelley, but meeting her only makes Jane realize that she doesn’t want to die just yet.

Larry and Mr. 104 aka Rama find themselves in Orqwith. This is a pocket dimension from where Immortus’ followers have been operating. They brought Rita’s longevity here and it powered up the world. Rama helps Larry escape the world through a portal, but Keeg has something else in mind. He throws them back into Orqwith, leaving the portal open for the others to follow. Meanwhile, Rita and Rouge sneak into the Bureau to find out more about the Immortus project, only to discover that its file was last checked out by Wally Sage.

Rouge is disconcerted by the fact that all of the destruction that’s about to happen started with her. She was the one who brought Wally into the Bureau as a weapon, and now, he is the one who has decided to bring back Immortus and take the longevity of her friends. She and Rita make it to Wally’s cell where they find out about Orqwith, but before they can get more information out of Wally, Rita sees him and loses control of her powers due to anxiety. When she comes to, Wally is gone and she believes that she smushed him. But he turns out to be in Orqwith.

After Larry and Rama disappear into the portal, Victor and Derick decide to follow them. Once there, Derick notices that there are pens and paper everywhere. They discover that whatever they draw on those papers comes to life. They make a robot to fight their way through the scissors men and rescue Larry. By the time their robot, Mr. Invincible, comes to life, Cliff and Jane arrive there as well. Despite their odds, they are hopeful to defeat the scissor men and save Larry, but then things get worse.

Before the robot can mount an attack, he is turned back into paper, which happens after the scissor men hold Derick and Victor captive. It turns out that their imagination was the one thing driving the robot. When they are distracted, their imagination loses control and the robot goes back to being a paper drawing. Another explanation for the sudden disintegration of Mr. Invincible is the presence of Wally Sage. He disappeared from the cell where Rita and Rouge found him. He was in pretty bad shape then, but now, it looks like he is entirely in control.

Jane and Cliff are also trapped and now, Wally has everything he needs to bring back Immortus. Before this, Keeg brought Larry back to Orqwith, where he showed him the vision that older Keeg had shown him of the future. It has the Butts attacking Larry, ripping off his bandages, making his presence on Earth dangerous. Without the bandages, his radioactivity threatens to poison everything, due to which Larry has to leave the Earth and he flies toward the Sun to kill himself and protect everyone else.

Larry realizes that no matter what they do, no matter how many villains they kill, there’ll always be another threat along the way. This means that there’ll always be a danger of him and Keeg being separated. Keeg doesn’t want that, and he believes that only Immortus can set things right and keep them together forever. So, Larry decides to trust Keeg’s judgment and gives away his longevity. This leaves Cliff, and now, Wally has him too.

From the looks of it, the rise of Immortus is inevitable now. At this moment, Wally has the whole situation sorted out and no one is strong enough to fight him. The Knights Templar could’ve done it, but Wally proved to be even more powerful than them, leading to Bunbury’s tragic end with only his tail left for Willoughby to remember him by. On top of that, when Cliff left Doom Mansion, he forgot to secure the Butt inside the fridge.

In the final scene, we see the Butt getting defrosted and making its way out of the fridge. Because no one else knows about it, the Butt’s escape is going to kickstart the Buttpocalypse, which is what the Doom Patrol had tried to stop in the first place. Once again, their own actions have become the very thing that will lead to the events they were trying to stop from happening. Now, they have Buttpocalypse as well as Immortus to deal with.

Read More: Who is Wally Sage in Doom Patrol?