After a long and complicated journey, ‘Dopesick’ reaches its climatic legal battle in the final episode. Rick Mountcastle and Randy Ramseyer’s case against Purdue Pharma is ready to be presented to the judges. A new string of evidence strengthens their chances of indicting the Purdue top-brass and putting an end to the pharmaceutical company’s greed.

However, does justice prevail? Or is Purdue once again able to buy its way out of facing the consequences of its actions? Here’s everything that happens in ‘Dopesick’ episode 8, along with answers to some of the show’s burning questions. SPOILERS AHEAD!

The finale titled ‘The People vs. Purdue Pharma’ opens with a group led by Dr. Art Van Zee protesting against Purdue Pharma. Finnix is still searching for a way to get back his medical license. He meets one of his former patients, Elizabeth, and offers to help her get treatment for addiction. At the Purdue sales office, Billy is called in for questioning over the stolen tapes. However, after he refuses to admit that he stole the tapes, Billy’s contract is terminated. 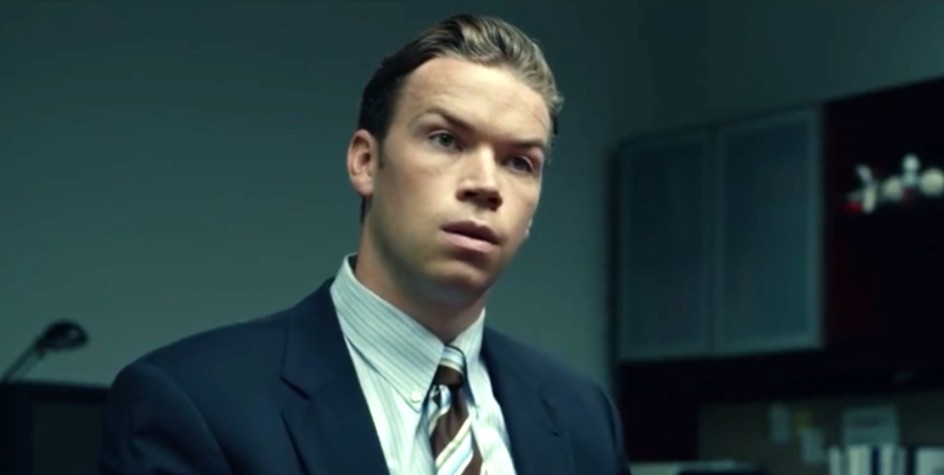 Brownlee leads the charge against Purdue lawyers, and they discuss the roles of Udell, Friedman, and Goldenheim in the case. The prosecutors claim that the trio presented false testimonies. The Purdue lawyers refuse to settle against the felony charges but offer a settlement to dissolve the overall matter. Nonetheless, Brownlee pushes back against the pharma company.

Through Billy’s former boss, Mountcastle and Ramseyer are able to track down the former Purdue sales rep. The duo asks for the tapes, but Billy maintains his stance that he did not steal them and hints that the tapes were destroyed. However, a package containing the tapes arrives at Mountcastle’s office and strengthens the case against the Purdue executives. Mountcastle presents his prosecution arguments to the judge, but the evidence isn’t enough to indict the executives on felony charges.

Purdue uses every tool at its disposal to avoid individual indictment. The executives plead guilty to misdemeanor charges but not to the felonies. Thus, they are able to cut a plea deal with hefty fines, probation, and community service. Brownlee also manages to secure a $600 million settlement with Purdue, thereby registering the case as a victory for the prosecutors. Consequently, Brownlee is fired from his position, and the Sacklers are exposed in front of the world.

Dopesick Season 1 Ending: What Happens to Purdue and The Sacklers?

Over the course of the series, we see Richard Sackler resorting to questionable marketing strategies to push Purdue Pharma’s opioid-based drug, OxyContin, into the market. As the narrative progresses, Richard’s activities gain the support of his family members, and the company begins to churn billions of dollars of profit at the expense of ordinary people. On the other hand, the company avoids any and all legal action against them by using their money and status.

In the end, Purdue is again able to evade the law by taking advantage of some loopholes and the circumstantial evidence presented in court against them. The three Purdue executives are acquitted of the felony charges, but their careers are effectively over. Moreover, through witness testimonies, the executives are shamed in court, and Purdue receives a lot of negative media attention. However, the company manages to continue operations, and Richard still pushes the sales of OxyContin.

Bridget shares a drink with Mountcastle and Ramseyer to celebrate their success. She points out that although they couldn’t completely stop Purdue, they brought to the court’s attention Purdue’s illegal activities, thus laying the foundation for more lawsuits to be filed against the company. Purdue continues to sell opioids until 2019, but lawsuits are filed against the company in over 25 states.

Purdue is eventually forced to shut down operations. The Sacklers are able to escape conviction by reaching a multi-million dollar settlement deal. Despite Purdue filing for bankruptcy, the Sacklers remain billionaires and haven’t been charged for their role in triggering the opioid epidemic.

The ending highlights the harsh reality of America’s opioid crisis as those responsible for it continue to roam free while the entire nation is still reeling from the devastation caused by it. In stark contrast to the Sacklers’ fate, Brownlee suffers the consequences of merely doing his job. Brownlee’s firing stands to show the extent to which Purdue and the Sacklers manipulate and bend the law to their will.

Dr. Samuel Finnix presents the viewers with the most engrossing personal arc of the entire series. Finnix goes from being a respected doctor in the Finch Creek community to becoming a junkie. He struggles with addiction and with the guilt of endangering his patients. His first attempt at redemption fails when Betsy dies of an overdose. However, Finnix begins taking the first steps to redemption by helping Elizabeth.

Soon, Finnix starts to help various patients get Suboxone treatment. He regularly drives the group to the distant clinic for treatment which is symbolic of his redemption journey. In the process, Finnix completely overcomes his own addiction and even reclaims his medical license. In the closing moments, we see Finnix working at a hospital. He is addressing an addiction support group. Finnix delivers a moving speech about the effects of pain that closes out the series. Thus, Finnix’s journey comes full circle as he ultimately redeems himself in his own eyes.

Through Finnix’s arc, the series provides hope and motivation for those dealing with addiction. It leaves the audience with the message of embracing pain and seeking a way to become a better version of ourselves. Finnix’s monologue about pain makes for a perfect ending to the story that is essentially about the widespread effects of pain killers.

Read More: Are Dopesick’s Billy Cutler and Betsy Mallum Based on Real People?