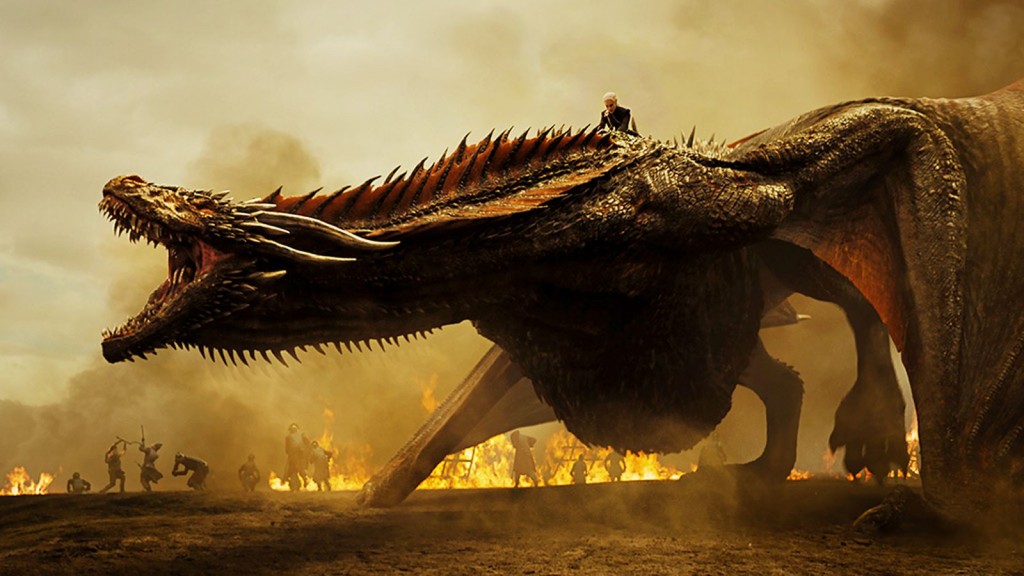 Dragons are exquisite creatures and an essential element of the urban legends. We all know that dragons are not real (unfortunately) and are just figments of the imagination of many of the greatest civilizations of the world. However, that hasn’t stopped us humans from rendering their images in intricate and picturesque ways. And Hollywood certainly couldn’t lag behind in the process.

As a result, there have been many memorable presentations of dragons in the movies and TV shows. Some of them look so real that the stories of them being real seem plausible. Of course, we’ll leave the decision to you. Here is the list of top dragons in movies & TV shows. You can watch some of these best Dragon movies on Netflix or Hulu or Amazon Prime. 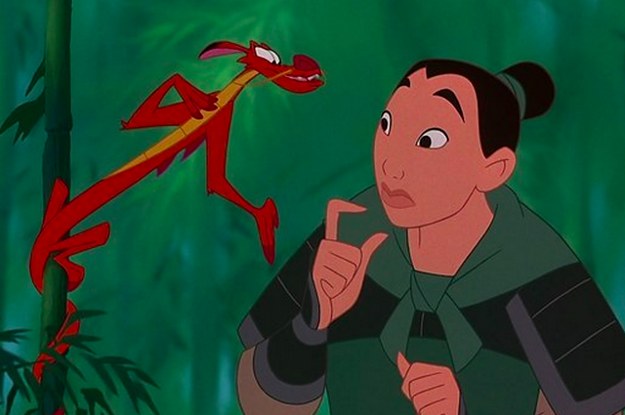 This might not be the coolest but is certainly the cutest dragon in Hollywood. Mushu stars in the Disney’s Mulan where he’s sent by Chinese ancestors to dissuade Mulan from doing something stupid. Well, I don’t know if you’ll call it stupid. Mulan is just trying to save her father from the perils of war by replacing him secretly in the army. The Chinese army is marching against the invading Huns. Mulan is bent on stopping them, and Mushu is sent to prevent her from going against her ancestors’ wishes. However, when Mushu sees the honor in Mulan’s ways, he decides to help her instead of stopping her.

This is a story of Bowen (Dennis Quaid) an English Knight and dragonslayer who wants to end all dragons from this world. However, when he reaches the last one called Draco, he realizes killing him would make him jobless. So they both decide to fool the villagers around the country into believing he’s slaying the dragon terrorizing their village, and thus gain gold for the both of them. However, they are unaware of the fact that Draco shares his heart and hence life with the tyrannical king Einon; the king whom Bowen has vowed to kill. What will happen when Bowen is faced with a tough choice: whether to kill his new friend or spare him along with the devil of a king? 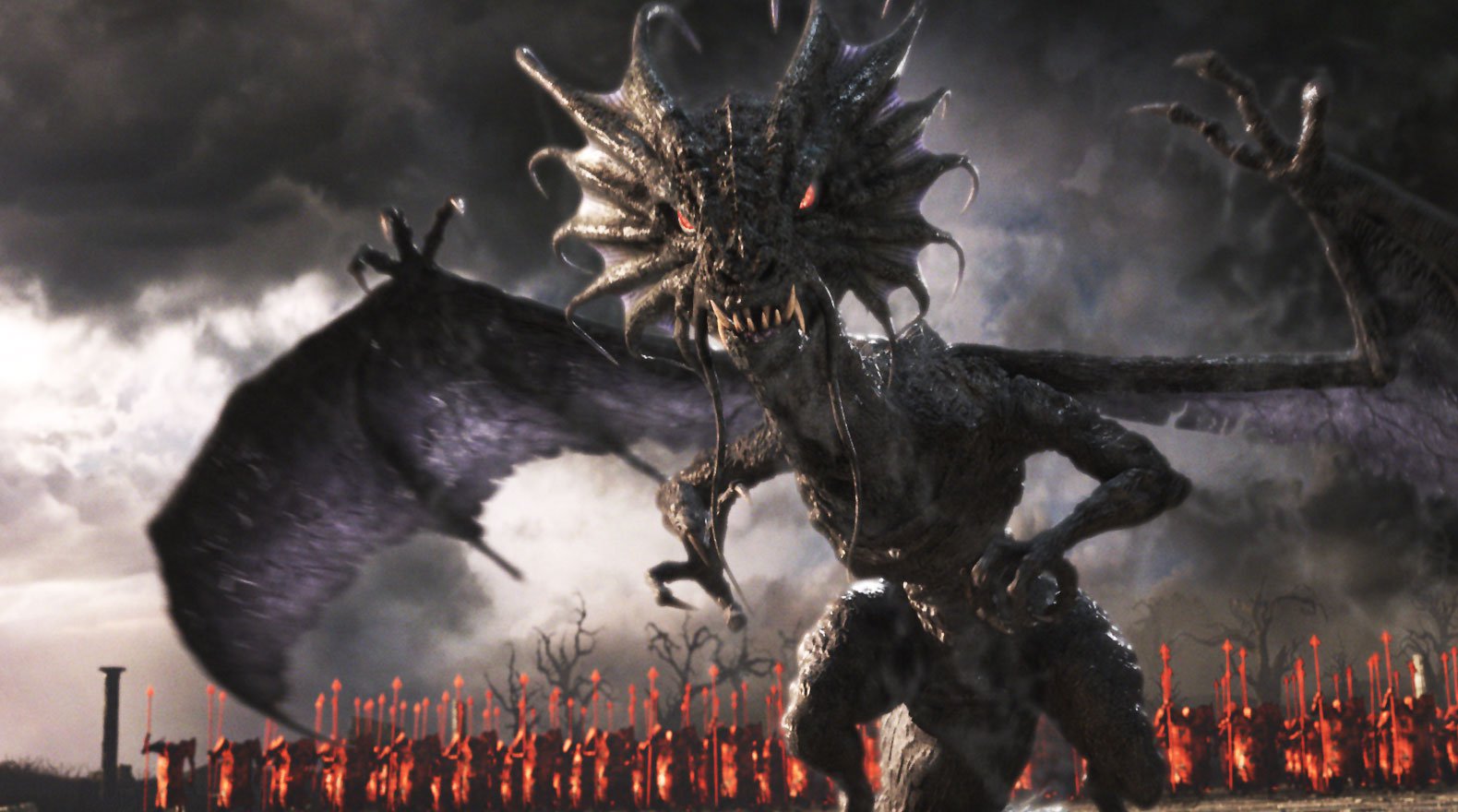 Ever seen a hideous dragon? Here is one for you. The personal henchman of the Red Queen, this is the most feared character in Lewis Carroll’s Alice in Wonderland. Red Queen, the evil sister of White Queen, has many times used this monster of hers to kill whoever has opposed her. These included Mad Hatter’s parents and many others. A standard dragon with a head bigger than the rest of his body just like his owner, the Jabberwocky is bound to become a part of your wildest dreams. Reign of Fire is a post-apocalyptic Dystopian film which describes the reign of vicious dragons on a futuristic earth. In fear of their life, all humans spend their life in hiding from the beasts. Among these humans is Quinn (Christian Bale), who is trying to save himself and a band of survivors from the impending danger. He is haunted by his childhood memories of having seen his mother die protecting him from one of the dragons. Other than commendable acting on Christian Bale’s part, this movie also contains a few brilliant scenes of the fire-breathing giants which essentially turn the screen crimson. A 1981 fantasy film Dragonslayer tells the story of a 6th-century Roman kingdom which is being terrorized by Vermithrax, a 400-year-old dragon. Every year the dragon is appeased by offering two virgins to him. When the king’s daughter is the next virgin in line to be sacrificed, an old wizard and his young apprentice volunteer to seek the old dragon and kill him. The Vermithrax and his ferocity are only surpassed by his evil ways.

5. Toothless, How To Train Your Dragon

Planning on taking a Dragon as a pet? Want to learn how to train him easily? This is the movie you should turn to. Hiccup is a 15-year-old boy who can’t hunt dragons like his family, and his community has been doing for generations. One night he manages to shoot down a Night Fury, a very rare dragon. But when it comes down to it, he can’t bring himself to kill him. The cute but sensible dragon called Toothless becomes an inseparable part of Hiccups’ life and helps him to redeem his honor. 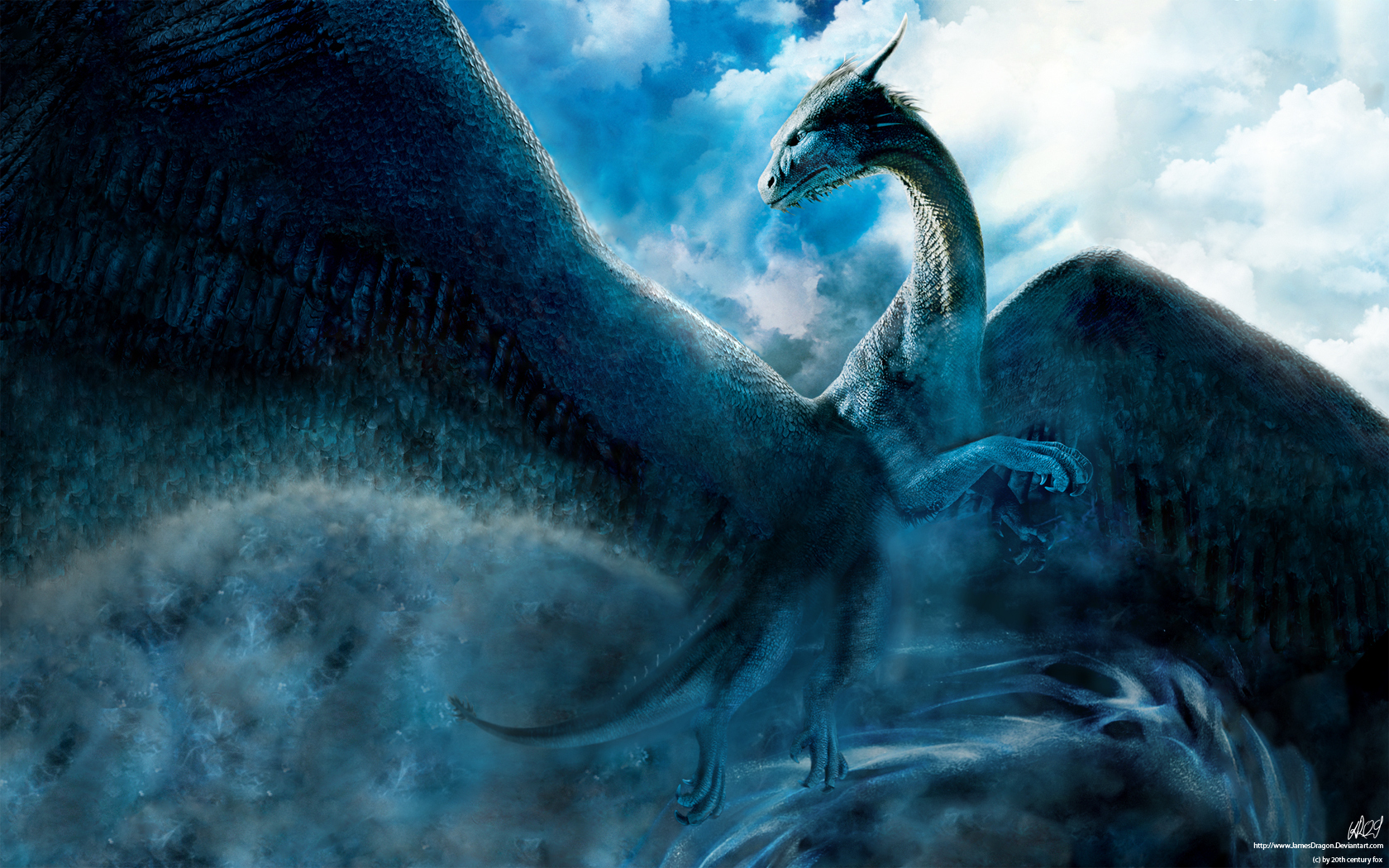 This has got to be the coolest work of CGI ever. The pristine dragon called Saphira with a wide wingspan and ice-blue feathers. Eragon, the man prophesied to save the kingdom of Alagaesia from its tyrant ruler finds a dragon egg. From it, the blue dragon Saphira is born. Although Eragon is destined to become a dragon rider and the availability of Saphira is nothing more than a coincidence, Eragon forms a special connection with her. This connection helps him ultimately in defeating King Galbatorix.

3. Hungarian Horntail, Harry Potter and The Goblet Of Fire

The deadliest and the fiercest dragon in the world of Harry Potter, Hungarian Horntail is known for its colossal size and bad temper. When in the fourth part of the movie series, Harry Potter has to stand face to face with one of these he has to come up with some excellent broom flying and unbelievable acrobatics. At the end, of course, the dragon is defeated and killed by Harry, but that is not before Horntail chased the chosen one across the Hogwarts premises almost killing him in the process.

Considered to be the last great dragon of Midgard -the world of JRR Tolkien’s ‘The Hobbit’- Smaug was a fire drake of the Third Age. He was the primary antagonist of the Hobbit series and as such was as deadly as they come. For many years he guarded the treasures of the Lonely Island until the famous Hobbit ‘Bilbo Baggins’ came to steal some of his famed treasure. That started a chain of events which ultimately ended up in Smaug laying waste to the surrounding areas of the Lonely Island. This one I’m sure is one of the deadliest and the scariest of the dragons on the silver screen. 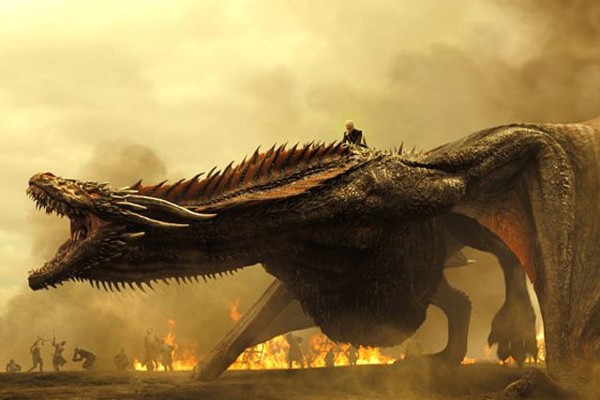 Game of Thrones fan or not, one can’t deny the sheer terror that the eldest son of Mother of Dragons inspires in everyone’s heart. Named after Khal Drogo, husband of Queen Daenerys Targaryen, the dragon almost wholly emulates the personality of the former king of Dothraki. Not prone to listening anyone’s orders but his mother he is the big bad wolf of the three dragons. He is the most mischievous and stubborn of them all. Drogon is quite famous for his long absences from his mother’s side. However, he’s equally well-known for the fierce firestorm that he unleashes on anyone who dares cross him or his mother. His destruction of the Lannister army was just a small example of what he can do and how far his power goes.