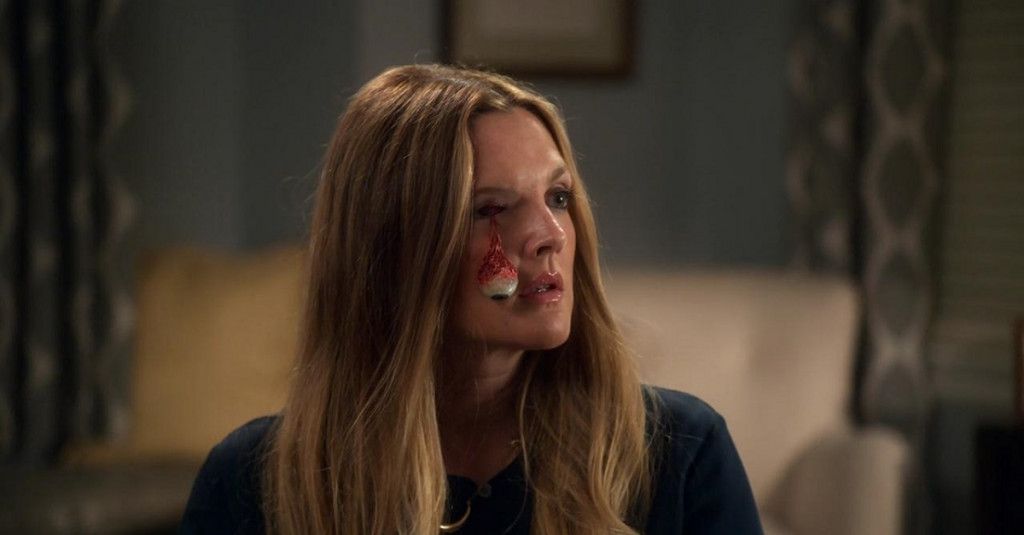 It seems the lead pair of ‘Santa Clarita Diet,’ Drew Barrymore and Timothy Olyphant, is all set to live eternity together as living dead. According to the latest reports, there will be no season 4 for Netflix zom-com. In a surprising announcement for Drew Barrymore fans, Netflix makes it clear that the streaming platform has opted out of the deal. The cancellation comes almost a month after the series started rolling its season 3. The zombie-comedy has earned a 100% Rotten Tomatoes score recently. ‘Santa Clarita Diet’ is the second comedy axed by Netflix after ‘One Day At a Time,’ which was also cancelled after three seasons.

“The world had never known a ‘zom-com’ until Santa Clarita Diet, and we’re indebted to creator Victor Fresco for bringing this idea to Netflix,” Netflix said in an official statement. “To their endless credit, the incredible Drew Barrymore and Timothy Olyphant were totally game, with an uncanny knack for comedy that brought Sheila and Joel Hammond to vibrant life, even though one of them was undead. We’re grateful to Victor, Drew, and Timothy, along with fellow executive producers Tracy Katsky, Aaron Kaplan, Chris Miller and Ember Truesdell and the terrific cast, including Liv Hewson and Skyler Gisondo, and crew for three hilarious seasons for Netflix members to discover for years to come.”

Earlier, fans of the show have started a Twitter campaign, #SaveSantaClaritaDiet, demanding a fourth season. ‘Santa Clarita Diet’ follows the couple, Sheila, played by Barrymore, and Joel, played by Olyphant, who lives in the L.A. suburb of Santa Clarita. Their nuclear family also includes teenage daughter Abby, played by Liv Hewson. Their frustrated family life takes a turn for ugly when Sheila goes through an unexpected zombie transformation. Soon, the small family turns out to be the hell where death meets destruction.

Though Netflix didn’t reveal anything about the cancellation, the sneak peeks to season 3 hinted a possible wrap up. Season 3 trailer tossed a clue that Joel could become a zombie like his wife Sheila in the end. First look posters also highlighted the question “Til Death?” Created by Victor Fresco, ‘Santa Clarita Diet’ also features Skyler Gisondo as the Hammond family’s neighbour Eric. The series is executive produced by Fresco, along with Barrymore, Olyphant, Aaron Kaplan, Tracy Katsky, Chris Miller, and Ember Truesdell. Flower Films’ Nancy Juvonen serves as the producer. The executive producers also issued an official statement.

“Like our audience, we were all-in on Sheila and Joel. Their relationship, in the face of incredible adversity, was inspiring to write and to watch. Mostly, they were funny, which in a comedy is important. Working with Drew and Tim, along with the immensely talented Liv and Skyler, was a joy and a once in a lifetime experience,” said Fresco and Tracy Katsky in a joint statement. “Netflix took at chance on this odd show and for that we will always be grateful. They were supportive, ever positive, and appreciative of our work. Until about noon today. Still, they were just one phone call away from being a perfect studio. Not bad. Everything ends. This was a thing. And so it ended. We’ll miss it but are proud of the work we did and will always appreciate the love and enthusiasm we felt from our audience. It if was up to them, Sheila and Joel would continue for another 10,000 years.”