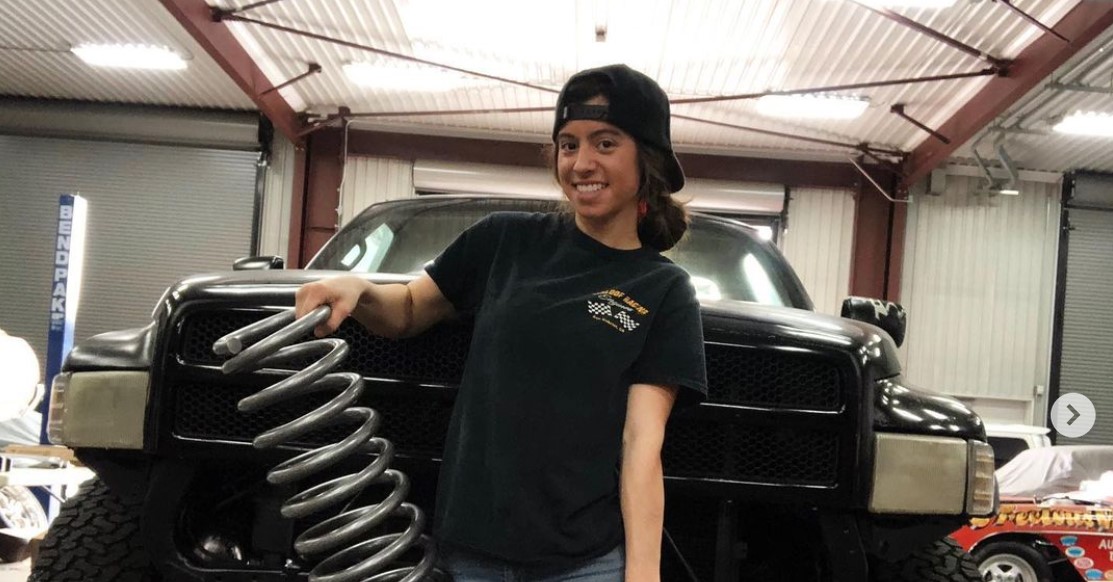 Netflix’s ‘Drive Hard: The Maloof Way’ is an exhilarating reality show that revolves around the Maloof family and documents how they use their expertise to get cars ready for big money races. However, apart from being established racers, Sammy Maloof and his daughters also perform the wildest of stunts, enough to put one’s heart in their mouth! With fast cars, racetrack rivalry, and explosive stunts, this series has it all to satisfy even the most hardcore car enthusiasts.

Interestingly, Sammy mentioned that he wanted to pass his auto repair shop, Maloof Racing Engines, over to his children, and with Hannah being his eldest daughter, she was already taking over responsibility in the absence of her father. Besides, fans were intrigued by her desire to become a professional racer and curious to know more about her life. Well, here’s everything we know about Hannah Maloof.

Born in California to Sammy Maloof and his wife, Jennifer, Hannah grew up surrounded by automobiles and discovered her passion for the field at quite a young age. In fact, sources mention that she had been helping around at her father’s shop for as long as she can remember and was also responsible for encouraging her younger sisters and brother to follow suit.

However, while Meghan and Kaitlyn decided to follow in their father’s footsteps as stunt drivers, Hannah gravitated toward having a mechanical knowledge of an automobile and, with time, also made a mark as a competent drag racer. Interestingly, while on the show, Hannah mentioned that apart from teaching her how to drive, her father even showed her the ropes when it came to his business and was confident enough to let her make independent decisions.

Hannah started driving cars when she was just a child, and by her mid-teens, her father, Sammy, managed to teach her everything he knew about stunt driving. Thus, with ample amount of experience and knowledge under her belt, Hannah left her mark as a sought-after stunt driver and has been credited for her performances in ‘Doritos Stuntdouble,’ ‘Nacho Hero,’ a Kacy Hill music video, as well as the ‘2021 Billboard Music Awards.’

On the other hand, apart from appearing as herself in Netflix’s ‘Drive Hard: The Maloof Way,’ Hannah was also a part of Netflix’s 2018 docu-series ‘Fastest Car.’ Furthermore, apart from being a capable stunt driver, Hannah is pretty well known as an incredible drag racer, and she also works as an engine builder at her family business, Maloof Racing Engines.

Is Hannah Maloof Dating Anyone?

From the looks of it, Hannah is quite open about sharing details about her professional and racing life but prefers to keep her personal details under wraps. Even her social media accounts mainly feature pictures of her behind the wheel or working at the racing automobile shop. Thus, the apparent absence of a special someone, coupled with the lack of reports linking her to a significant other, makes us believe that she is currently single and determined to find further success in life.