Edge of Tomorrow 2: Everything We Know 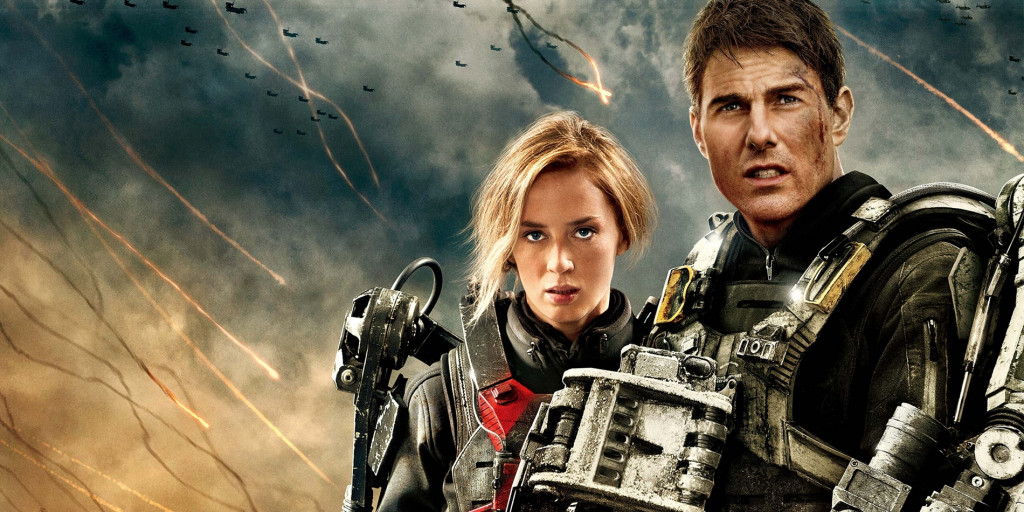 Or Live Die Repeat and Repeat. Whatever you may find easier to enunciate clearly. In fact, the marketing tagline of the film: Live, Die, Repeat: caught on so well among the movie going audience that the folks at Warner Bros. decided to name the long in development sequel to one of the most underrated summer blockbusters ever after it. I, for one, am personally a big fan of the original film, a glimmer of hope in a period when people were curiously questioning the mettle of Tom Cruise as an actor, something that the actor has found back with his recent blockbuster releases.

Added to that, the news of the upcoming sequel that has now been in development for over five years couldn’t have me more elated. Nearly every one attached to the original project loves it and is touted to come back, but the only thing probably holding everybody back is a bankable script that could serve as a suitable continuation of the ‘Groundhog Day’ style alien invasion story that was all but neatly wound up in the first film.

Director Doug Liman has now quite recently stated that the script for the sequel is now complete, and just as we cannot contain our excitement for this one, we present everything that we currently know of the under development sequel to you. Read on.

Edge of Tomorrow 2 Plot: What Can It Be About?

‘Edge of Tomorrow’ was summer sci-fi blockbuster done right. So much so, that its aftertaste hasn’t allowed me to fully enjoy any other one following it releasing in the years subsequent to it without drawing unfavourable comparisons to it. Sure, ‘Edge of Tomorrow’ isn’t without its own set of problems, but I also cannot think of any single film in recent memory dealing with time travel and the likes that doesn’t, in this case partly overcome by the very magnetic cast and the relentless sci-fi action.

Looking at the global box office figures of this one, I’d say that it slightly underperformed, only slightly, but continued interest among fans and new viewers had to lead WB and Village Roadshow to be interested in and signing on for producing a sequel. This kicked off in 2015, nearly a year after the film released.

The first film saw Tom Cruise as Major William Cage being killed repeatedly in combat with aliens in a landing operation in which he takes part without any prior experience. Inadvertently so, his ability to be resurrected at the same point in time again and again grants him time to train under Sergeant Rita Vrataski, therefore becoming key in the human resistance in an attempt to bring down the invading aliens.

The film ends with Cage managing to kill the Omega that controlled all aliens by dropping a belt of grenades on to him, while himself mortally wounded, he floats towards the Omega’s blood that allowed time travel in the film’s mythology of characters. He later awakens to the same day en-route to his first meeting with Brigham, with all alien attacks ceasing, where he encounters Vrataski who in turn doesn’t recognise him in that timeline.

While the ending here is a little more than open to interpretation, I will argue that it does put a nice close on to the first film. Coming to the ideas about the sequel itself, Liman stated “first of all the story is so amazing — much better than the original film, and I loved the original film — and second of all, it’s a sequel that’s a prequel.”

Adding to it, he stated that “If I’m going to do a sequel for the first time in my life I want to make it the opposite of what you’d expect from a sequel and we found a story that does that.” He has also hinted to the addition  of a third major character to the cast who will apparently have a major role to play in the sequel, and that all loose threads in the first film will be taken up in a duology closing, final, second film.

Edge of Tomorrow 2 Cast: Who Can Be In It?

Both Tom Cruise and Emily Blunt, the leads of the first film are completely on board for the second film, and will reportedly return for the sequel, but have conditioned to sign on officially only if they like the finalised version of the script. Fair move, and seems like it would happen since most surely, both stars have vocally expressed their appreciation for what ideas Liman has had until now, and through different stages of the script. The third actor that would be in the lead with these two as announced by Liman playing a major character in the sequel is yet to be announced.

Edge of Tomorrow 2 Crew: Who Can Be Behind It?

Doug Liman has been bound to the potential sequel since the very beginning, and the very conditional sequel, I might add, was greenlit because the filmmaker continually came up with great ideas in collaboration with Cruise and Christopher McQuarrie, another frequent collaborator with Cruise and co-writer of the first film, working through the script.

Matthew Robinson worked on the first version of the script, reportedly impressing studio heads with his ideas, while Liman himself along with Jez Butterworth who helped him with the first film worked on the rewrite that led to the script of the film being finalised this month. Both Village Roadshow pictures and Warner Bros. too seem to be on board as producing and distributing studios.

Edge of Tomorrow 2 Release Date: When Can It Premiere?

The project has been long gestating now, and I reckon that even with the script completed, it will still spend some time in its current state of gestation, given that both of its stars have extremely busy years coming along, with Cruise lined up for both Mission Impossible films back to back, and Blunt currently shooting the sequel to ‘A Quiet Place’. This probably stretches on till 2022, and under those conditions and gruelling schedules of nearly everyone else too involved with these projects, we can only predict that the film won’t be out before the summer of 2022-23, assuming that the stars and crew find time to squeeze this film in their packed schedules.

While you wait for the sequel, enjoy this trailer of the first film.