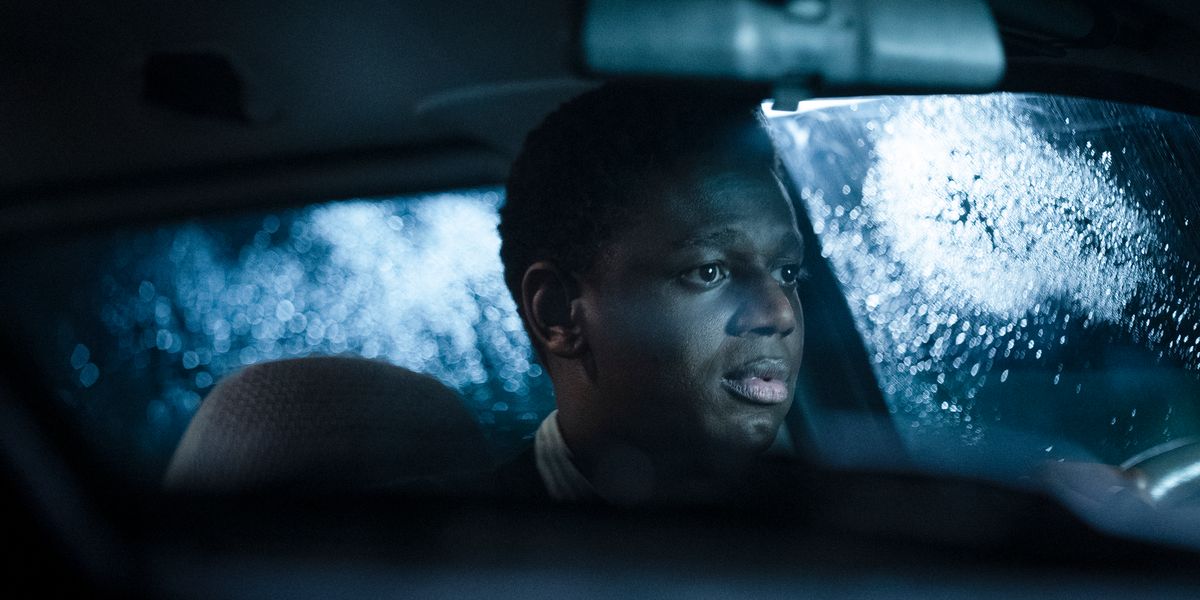 ‘Emergency’ is a satirical comedy film directed by Carey Williams. It follows three roommates, Sean, Kunle, and Carlos, who experience a whirlwind of emotions one night after discovering an unconscious girl in their home. Fearing that they will be implicated in hurting the girl, the trio attempts to get the girl to safety. However, a comedy of errors leads them on a devastating path. Naturally, viewers must be curious to learn about the trio’s fate and whether they succeed in their noble yet comical quest. In that case, here is everything you need to know about the ending of ‘Emergency.’ SPOILERS AHEAD!

‘Emergency’ follows friends and roommates, Sean and Kunle, two distinctly opposite African-American college students. While Kunle is academically gifted and charming, Sean is street smart and reckless. The duo is preparing for an epic night of partying ahead of their impending graduations. After finishing Kunle’s research for his thesis, Kunle forgets to lock his specimen in the freezer. Thus, the bacteria are at the risk of dying and ruining Kunle’s thesis. On the other hand, Sean is excited about visiting seven frat parties in one night with Kunle, making them the first black men on the campus to do the “legendary run.” 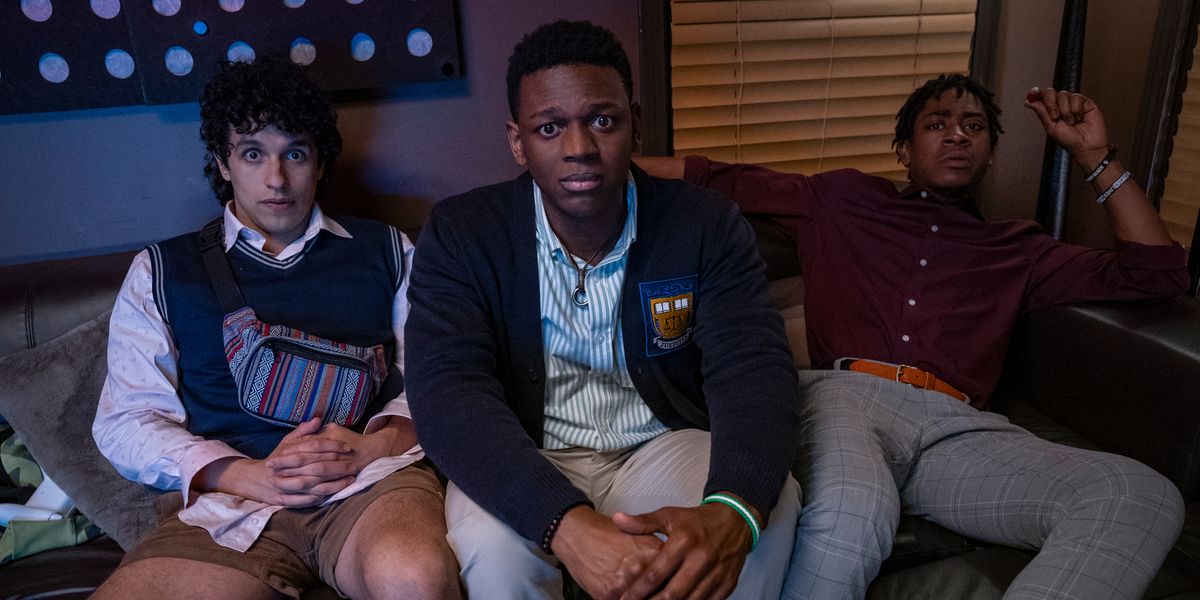 After much deliberation, the duo decides to stop by Kunle’s lab before heading to the parties. They arrive at their house and find that their roommate, Carlos, has forgotten to lock the door. Fearing that they might’ve been robbed, Kunle and Sean check the house for their belongings. However, they find a young girl unconscious on their living room floor. Meanwhile, Carlos has been playing video games, unaware of the girl’s presence. Eventually, the three boys gather around the unconscious girl to discuss what they should do.

Kunle suggests calling 911 for help, but Sean immediately dismisses the idea as the image of black men reporting a white girl will lead to the police suspecting them. After some consideration, Kunle agrees not to inform the authorities. The trio decides to drive the girl to a hospital. Meanwhile, Maddie, a college student at a nearby frat party, realizes that her sister, Emma, is missing. Using a mobile app, Maddie and her friends Alice and Rafael search for Emma, who is with Sean, Kunle, and Carlos.

After closely missing out on the trio’s car, Maddie suspects that her sister is in danger and informs 911. Meanwhile, the trio accidentally gets Emma further drunk, adding to their troubles. With the police and Maddie on their trail and few options on hand, the trio contemplates the best solution leading to an argument between them. How the friends navigate the increasingly complex and comical situation forms the rest of the plot.

As the night passes on, Emma begins to sober up. However, when she finds herself with unknown men, Emma attacks them and escapes into the woods. Sean, Carlos, and Kunle find her unconscious in the forest just as Maddie, Alice, and Rafael arrive. The situation erupts into chaos until Rafael reveals that he and Carlos are related. After the two groups calm damn, they realize that Emma is unconscious and her heart has stopped beating. Kunle and Carlos argue with Sean, who wants to leave Maddie and her sister stranded. Sean attends a party while Kunle and Carlos drive Emma to a hospital with Maddie, Alice, and Rafael. 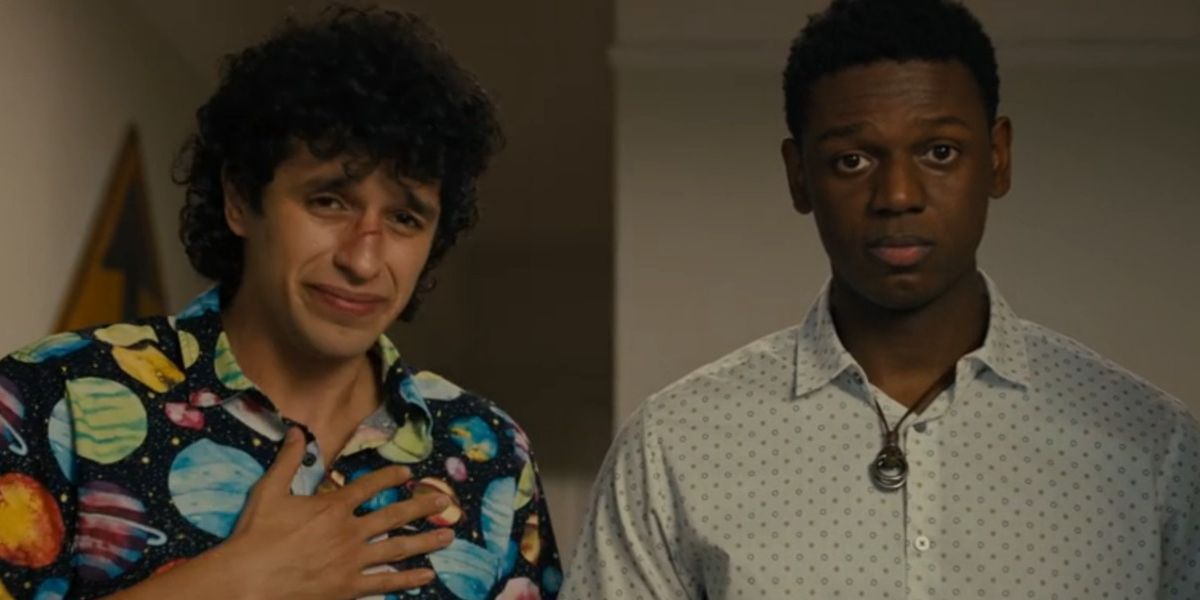 Kunle desperately tries to perform CPR on Emma in hopes of resuscitating the unconscious girl. However, the police catch up with the group and apprehend Kunle and Carlos. After Emma is taken to the hospital, Maddie and Alice clear the misunderstanding, and Kunle and Carlos are released with a warning. However, the experience of police pointing the gun at Kunle’s face is harrowing for the young man. Nonetheless, Kunle worries about Emma’s well-being and inquires about her condition. After the police assure him that Emma will survive, Kunle returns to his lab.

A few days later, Emma and Maddie arrive at Kunle’s house to thank him and Carlos for their help. The girls also apologize for causing trouble. While Kunle accepts Emma’s apology, he shuts the door on Maddie. Earlier, Maddie had jumped to conclusions and assumed that Kunle was hurting her sister just because of his racial background. Maddie’s behavior represents the general perception of black men and their association with crime. Nonetheless, Kunle returns to his regular life but is still haunted by his experience with the police and feels anxious by the sound of police sirens.

Do Kunle and Sean Reunite? What Happens to Kunle’s Thesis?

Kunle and Sean are at odds with one another from the very beginning about dealing with Emma. The two best friends have opposing personalities and diametrically opposite worldviews. Therefore, as they attempt not to step on each other’s feelings, they neglect several aspects leading to repressed emotions. Ultimately, the two men argue about their worldviews and go separate ways. While it seems that Kunle’s decision to help Emma is the morally correct choice, his harrowing experience with the police proves that Sean was right all along. Thus, the situation’s complexity hits a real sense of urgency and instigates a reunion between the friends. 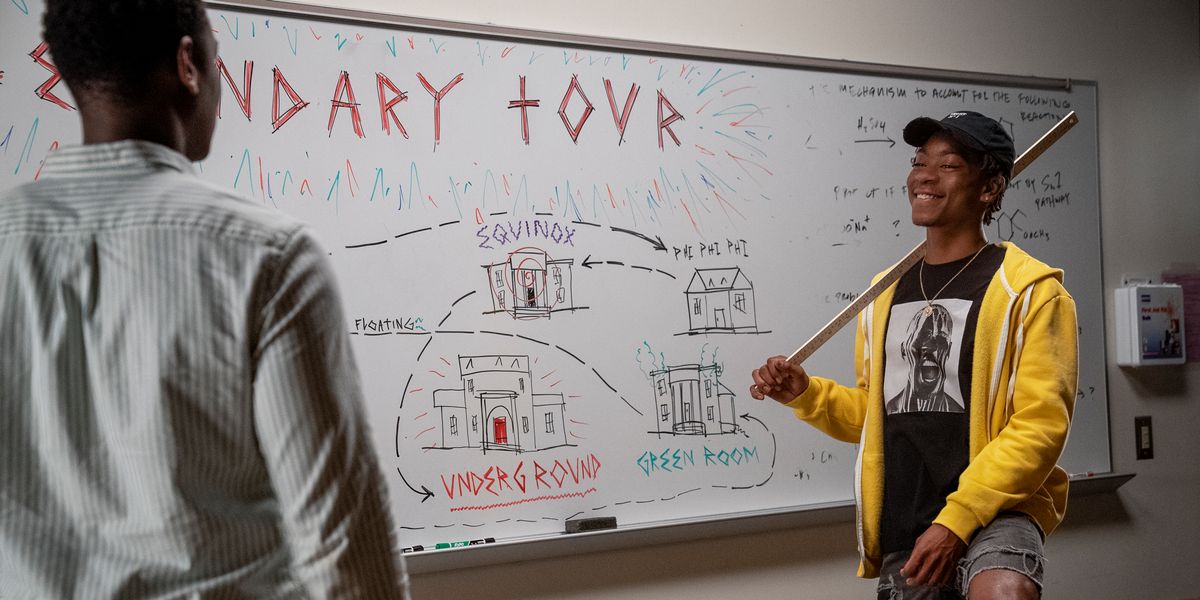 In the end,  Kunle and Carlos arrive at Kunle’s lab only to find Sean sleeping by the fridge. After spending some time at the party, Sean decided to help his friend. Thus, he ensures that the fridge remains tightly shut all night and that Kunle’s specimens are safe. As Kunle checks whether the bacteria are alive, he and Sean have a heart-to-heart talk. The friends turn emotionally vulnerable and reunite with each other forgiving everything said during the night. In the end, Kunle’s thesis is saved, and his admission into Princeton is secure.

Moreover, Sean gives his approval to Kunle moving to New Jersey, and the two promise to continue being a part of each other’s lives. The conversation ends with Kunle, Carlos, and Sean sharing a tight hug. In the end, Sean and Carlos remain by Kunle’s side as he feels overwhelmed by the police sirens. The ending implies that the tumultuous night has forever changed Kunle, but with the help of his friends, the remarkable young man will overcome the lingering anxiety from the incident.