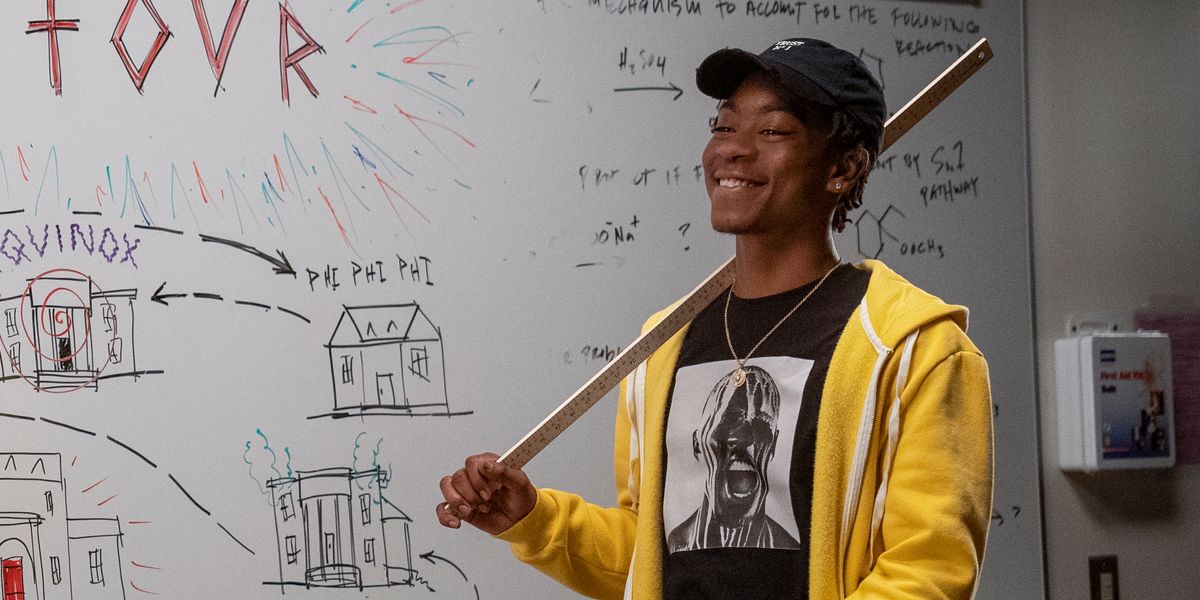 Directed by Carey Williams, ‘Emergency’ is a satirical comedy film that follows three college students dealing with an unexpected situation that interrupts their plans for partying. Sean, Carlos, and Kunle find themselves in the presence of an unconscious woman who they must get to safety without attracting further suspicions. However, as the night progresses, the situation turns increasingly comical and outlandish, leading the men to land in trouble with the law and testing their bond.

While the trio successfully saves the girl and themselves, a post-credits scene resolves a minor subplot from the film. Given the placement and context of the scene, we are sure viewers must be curious to understand its significance. If you seek clarification about the post-credits scene of ‘Emergency,’ here is everything you need to know! SPOILERS AHEAD!

In ‘Emergency,’ Sean and Kunle are excited to get their names into the black hall of firsts, a space that commemorates the African-American presence in their college. To get themselves into the hall, the duo plans on completing the “legendary run,” a series of seven parties they must attend to become the first black men on campus to achieve the feat. However, Sean and Kunle’s plans are abruptly canceled after finding an unconscious girl named Emma in their house. 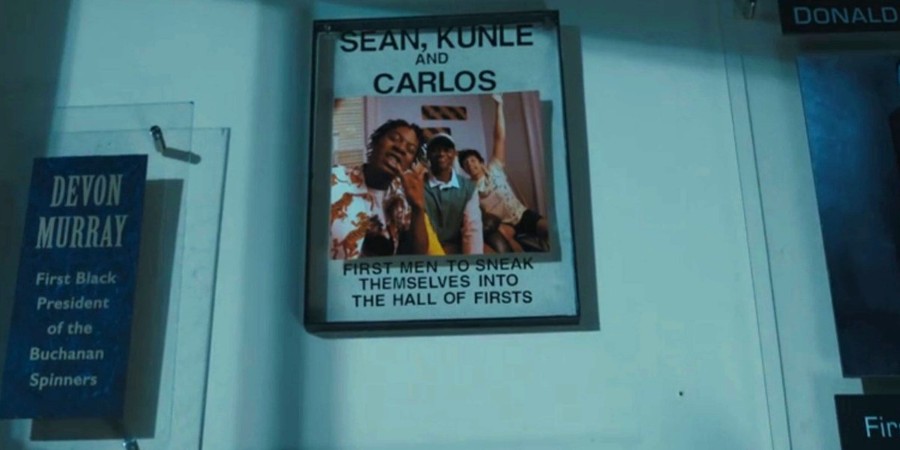 With their friend and roommate, Carlos, the duo attempts to get Emma to safety while simultaneously trying to get rid of her. In the end, an argument leads to Sean parting ways with Kunle and Carlos. Sean attends a party while Kunle and Carlos help Emma get to a hospital. However, after the tumultuous night, Kunle, Sean, and Carlos reunite and sort out their differences. Emma survives the ordeal, and she and Maddie thank the guys for their help. The film ends on a heartfelt note as Sean, Carlos, and Kunle return to their regular lives. However, after the credits roll, a brief scene brings Sean and Kunle’s original quest to fruition.

The post-credits scene depicts Sean and Kunle sneaking into the black hall of firsts. Kunle climbs up the wall with a ladder and finds a spot to insert his picture into the hall. The friends proudly look at the wall before quietly sneaking away. As the camera pans in, we see a picture of  Sean, Carlos, and Kunle, with the text, “first to sneak themselves into the black hall of firsts.” The scene then cuts back to the credits.

The moment brings Sean and Kunle’s original quest to a conclusion as they finally achieve their goal of featuring in the black hall of firsts. Moreover, they find a hilariously ingenious way of doing so. Additionally, they include Carlos in the picture after ostracizing him from their original plan. Thus, the post-credits scene is a testament to the trio’s friendship that is only strengthened by the ordeal they suffer together. It also highlights the worldview of the trio and how they wish to be remembered in their college. Ultimately, while Kunle, Carlos, and Sean might eventually go their separate ways in life, their image will endear in the college halls.