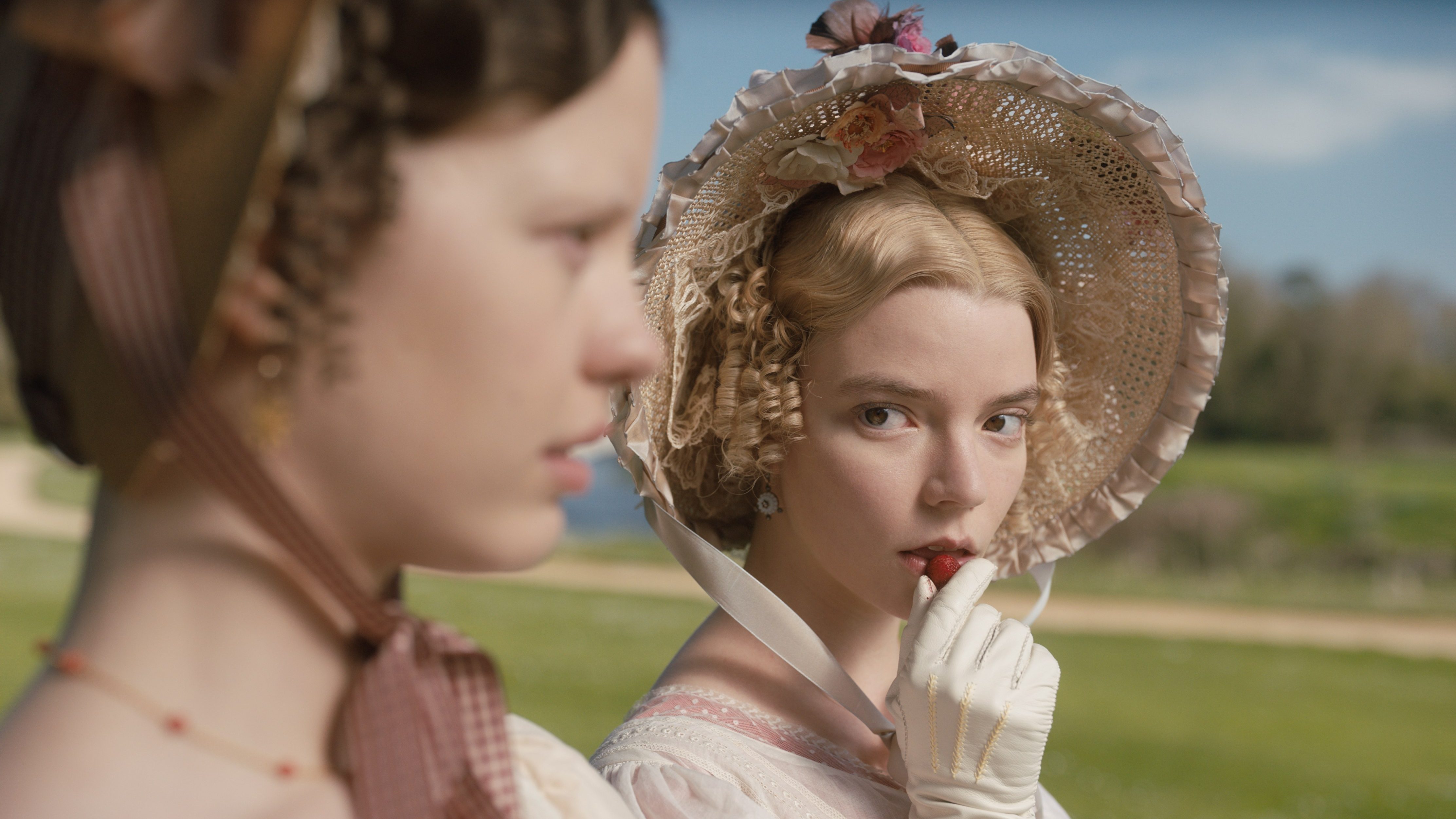 Jane Austen is an English writer who is regarded as one of the most prominent feminist authors. Her works have become well-regarded and instantly recognizable as classic stories that have spurred multiple adaptations over the years. The upcoming movie, ‘Emma’ promises to be a grandiosely realized adaptation of the author’s novel of the same name.

‘Emma’ is regarded as one of Austen’s most captivating novels and has become a classic. Her depiction of a headstrong woman who does not conform to others’ perceptions was received well by feminist critics. In fact, the writer even intended to come up with a heroine who was not going to be probably too well liked. The story has been adapted several times before, especially for television.

While the tale’s plot offers little room for improvisation due to the numerous representations that it has led to over the years, the tone and approach is something that will be in particular spotlight. Hence, the style of the upcoming movie has been what the makers have focused on, in order to provide a refreshing offering that would justify yet another adaptation. It has to deal with remaining true to its source material while making it appealing to modern audiences and sensibilities.

Emma Plot: What is it about?

Jane Austen’s story is a classic coming-of-age tale told from the point-of-view of Emma Woodhouse, a young girl living in 19th Century England. She is beautiful and smart but also rather delusional, slightly interfering and one with a warped idea about her matchmaking skills. She goes through various relationships and love interests as her journey of growing up.

One of her early involvements include prepping her friend belonging to a lower socio-economic class in the art of being a highborn lady: something which is quite detrimental for both of them. It does not have a single-point narrative like most coming-of-age stories do. Instead it is filled with various sub-plots about life in a small village with several stories about other characters who play an important role.

Emma Cast: Who is in it?

The English-Argentine actress, Anya Taylor-Joy plays the titular character in the movie. She was cast in the movie in October, 2018. She shot to international prominence with the period horror flick, ‘The Witch.’ Next, she appeared in the science fiction horror movie, ‘Morgan’ followed by the biographical film, ‘Barry’ which revolved around the life of Barack Obama. In 2017, the actress was part of another horror outing, directed by M. Night Shyamalan, titled ‘Split.’

Moreover, the musician Johnny Flynn plays the character of George Knightley. He is a part of the band, Johnny Flynn and the Sussex Wit. He gained prominence as an actor after appearing in the Netflix sitcom, ‘Lovesick.’

The veteran actor, Bill Nighy plays Emma’s father, Mr. Woodhouse in the upcoming adaptation. Active since 1976, Nighy became widely recognised for his portrayal of Mark Carleton on the television series, ‘The Men’s Room.’ Followed by that, he notably appeared in ‘Love Actually,’ ‘The Best Exotic Marigold Hotel’ and ‘The Hitchhiker’s Guide to the Galaxy.’ He has also played the character of Rufus Scrimgeour in the seventh installment of the Harry Potter series, ‘Harry Potter & the Deathly Hallows Part I.’

Moreover, Mia Goth play the role of Harriet, Emma’s friend. Emma and Harriet’s friendship is portrayed to be a mutually destructive one as it leads to the protagonist becoming more full of herself and the latter character becoming more pretentious and have unrealistically high social expectations. Goth made her debut with the art movie, ‘Nymphomaniac’ followed by the psychological horror, ‘A Cure for Wellness.’ Other cast members include Miranda Hart, Josh O’Connor and Callum Turner

Emma Crew: Who is Behind it?

‘Emma’ is directed by Autumn de Wilde. She is widely regarded for her work, helming multiple music videos and commercial photography. The movie is written by the novelist Eleanor Catton, adapted from Jane Austen’s novel. Moreover, the music is composed by Isobel Waller-Bridge while Christopher Blauvelt has handled the cinematography. Nick Emerson has edited it while it is distributed by Focus Features.

Emma Release Date: When Does it Premiere?

You can watch the trailer for Emma below. It is just a teaser and hence, relatively short. But, it does a good job at highlighting the movie’s tone and style. It is an accurate sample of the way the classic story has been handled by the filmmakers. It depicts the quaint, English countryside in a vibrant manner with epic scale. It features apt costumes that have been designed suitably in accordance to the story’s setting and period. There is highborn frivolities, gossip and societal conventions of the gentlemanly. Basically, it offers a taste of everything that the Jane Austen novel has been about and more.