Eric and Courtney Waldrop From Sweet Home Sextuplets: Everything We Know 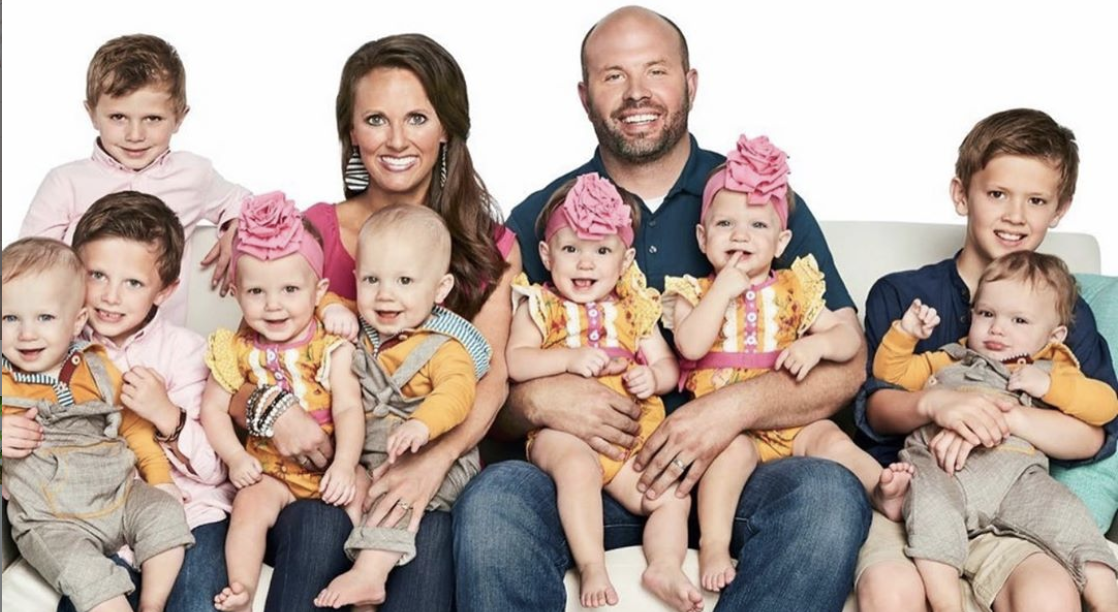 The key to raising a child is composure and love. But to bring up nine children, the parents might need to pray for some divine form of patience. Eric and Courtney have been blessed with a pair of sextuplets – three daughters and three sons – after already being parents to three boys. TLC introduced their family to the world on September 18th, 2018, in ‘Sweet Home Sextuplets.’ The popular series aims to showcase the firsts and milestones of each of their newborn babies like birthdays, Christmas celebrations, first outing to the church, and family vacations.

Since the inception of the light-hearted show, the audience has taken much interest in the chaotic tasks the Waldrop parents take on. The second season’s popularity and success guaranteed more episodes packed with fun, laughter with a pinch of crankiness. Intrigued to know all about their story of love and resolution? Here is everything we know!

The then-14-year-olds fell hard and fast for each other while they were both eighth-graders. Everyone around the high-school juniors doubted the seriousness of their relationship, but the pair proved that they were meant to be. Enduringly, before Eric had proposed to his girlfriend Courtney during their final year of college, they had never dated anyone else. A month after they graduated from Alabama’s Auburn University, the childhood sweethearts headed to the altar, in May 2004. In December 2008, the couple welcomed their firstborn son, Saylor, and their twin baby boys, Wales and Bridge, were born in January 2012 after almost four years.

The Waldrops were already a family of five when Courtney faced fertility issues while trying for another baby. She and her husband turned to IVF as a solution, and it looks like God answered their prayers closely. In December 2017, she gave birth to Blu, Layke, Rawlings, Rayne, Rivers, and Tag. Yes, you read that right… Six babies! The couple now resides at a farmhouse in Albertville, Alabama. They can not even begin to imagine rearing up their large family without the unfaltering help and moral support of their kith and kin.

With their unconventional lifestyle, the Waldrop family challenges the notion of anybody who claims to find one baby handful. Their journey on the show began right after Courtney conceived and went to a gynecologist for a regular check-up. The happy news soon turned into a shock when they were informed that Courtney was pregnant with two sets of triplets. After much contemplation, they turned down the suggestion of ‘selective reduction’ which is a procedure to reduce the number of fetuses in her belly.

The soon-to-be parents felt content after making their final decision and went forward with it, putting an immense faith in each other and the Almighty. They made sure that their young boys felt included at each step before and after Courtney’s pregnancy. She gave birth to the sextuplets on December 11, 2017, at Huntsville Hospital in Alabama. Saylor, Wales, and Bridge even helped the parents to announce to everyone their names.

The couple has mostly felt blessed with life-saving occurrences like all their two-years-olds sleeping through the nights, giving them much-needed peace. But along the way, they also have had to make a few difficult choices, for instance, remodeling their house to fit in the Waldrop clan comfortably. The new place needed to be appropriate for six toddlers and three boys who would grow into teenagers in no time.

But while the renovation was in process, the family of 11 had to live cramped up in a 1,500 square-foot mobile home. To top it all up, school permanently closed down in 2020 when the novel coronavirus pandemic hit the world, erasing the fine line between a breezy and hectic lifestyle. Fortunately, their house is now ready and looks nothing less than spacious and beautiful.

In addition to being on this adventurous and challenging ride, the TLC reality TV stars have also worked hard to provide for their family. Eric is an entrepreneur, and his wife, a former grade-one teacher, has been running a successful jewelry business. They are abundantly proud of the sextuplets as they are growing into six unique personalities. Their fans have showered immense love and support upon them for grinding so hard each day, all while carrying a big smile on the faces.