Everything We Know About The Conjuring 4 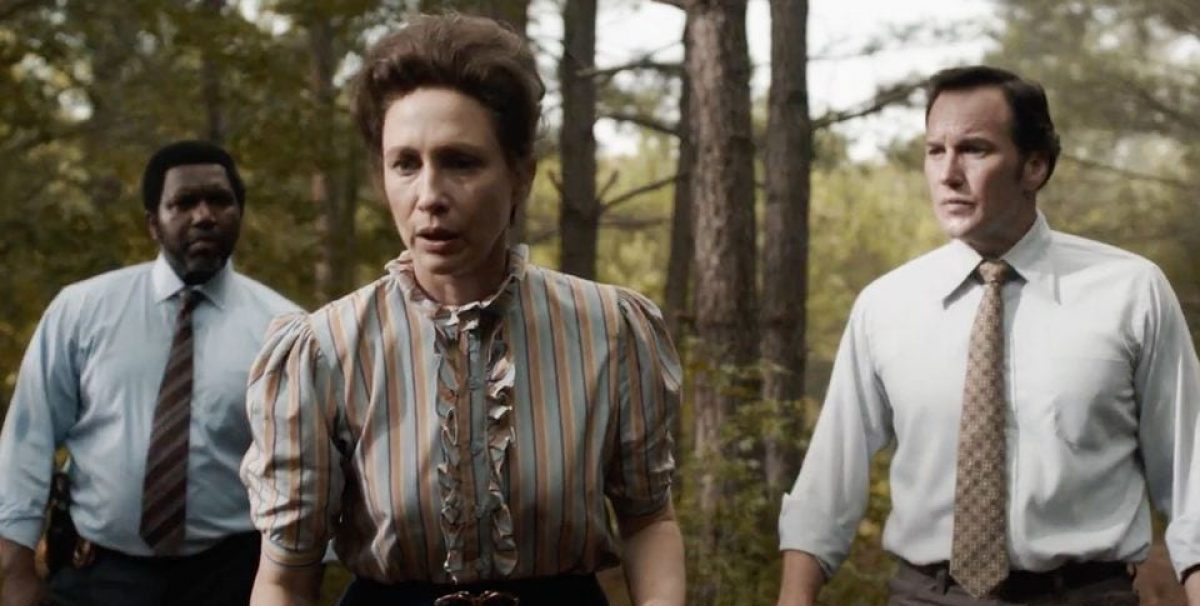 ‘The Conjuring: The Devil Made Me Do It’ is the third entry in the main film series of ‘The Conjuring‘ franchise and the eighth overall installment. It is directed by Michael Chaves and written by David Leslie Johnson-McGoldrick. The supernatural horror film continues the adventures of paranormal investigator husband and wife Ed and Lorraine Warren as they get involved in the infamous trial of Arne Cheyenne Johnson, the first accused in US history to claim demonic possession in defense against charges of murder.

The film has received a moderately positive reception from critics and has been praised for its intensity and scary sequences. Naturally, fans of the franchise are already craving for a sequel, and if you are one of the avid fans looking for information about the next case the Warrens will tackle, we’ve got you covered! Here’s everything we know about ‘The Conjuring 4.’

‘The Conjuring: The Devil Made Me Do It’ was released by Warner Bros. Pictures on June 4, 2021. The film was earlier scheduled to release on September 11, 2020, but the release date was pushed forward due to the Covid-19 pandemic.

As far as a fourth installment is concerned, the project is yet to be officially announced. However, a sequel is reportedly in early development. In an interview with the EW, director of the threequel, Michael Chaves, confirmed that franchise mastermind James Wan is already working on ideas for a fourth part.

He said, “I know James has some cases up his sleeve. I think that there’s a lot of things they want to explore. I think this film has shown how diverse ‘The Conjuring’ films can be and how they are willing to take chances and surprise audiences. I’ve heard of things they’re developing, and I’m very excited to see what comes next.”

The studio is likely waiting to see how the third part performs financially and the audience’s reception before greenlighting a sequel. In our opinion, an official announcement about ‘The Conjuring 4’ is only a matter of time. However, there has been a minimum of three years between two ‘The Conjuring’ movies. Therefore, we expect ‘The Conjuring 4’ to arrive sometime in 2024 at the earliest.

The Conjuring 4 Cast: Who can be in it?

The third part (‘The Conjuring: The Devil Made Me Do It’) stars Patrick Wilson and Vera Farmiga as the paranormal investigators, Ed and Lorraine Warren in the lead roles. Ruairi O’Connor, who you might remember as Prince Harry Tudor (later King Henry VIII) from ‘The Spanish Princess,’ plays the infamous Arne Cheyenne Johnson. Sarah Catherine Hook essays the role of Johnson’s fiance, Debbie Glatzel. ‘WandaVision‘-fame child actor Julian Hilliard plays the part of the possessed child, David Glatzel. Sterling Jerins appears as Judy Warren, the daughter of Ed and Lorraine.

Since each film in ‘The Conjuring’ series of films follows a different case of supernatural horror, we only expect Patrick Wilson and Vera Farmiga to reprise their roles in the follow-up film. Sterling Jerins could return in a larger capacity as the Warrens’ daughter. New faces will most likely join them in the fourth part.

The Conjuring 4 Plot: What can it be about?

‘The Conjuring: The Devil Made Me Do It’ follows the Warrens as they arrive in Connecticut to document the exorcism of David Glatzel, an eleven-year-old boy possessed by a demon. After the exorcism, the demonic entity transfers into Arne Cheyenne Johnson, and a peculiar case of supernatural chaos, suspense, and terror follows.

For a fourth installment, director Michael Chaves has hinted at an 80s setting and expressed that he would like to explore the skepticism people held towards the works of the Warrens. This leaves us with two possible cases from the Warrens’ case files, the Snedeker house haunting and Smurl family haunting, both of which the Warrens investigated in the 80s. The Warrens faced intense scrutiny for their involvement in both cases. They are equally spine-chilling and could prove to be great source material for ‘The Conjuring 4.’

Read More: Where Was The Conjuring: The Devil Made Me Do It Filmed?