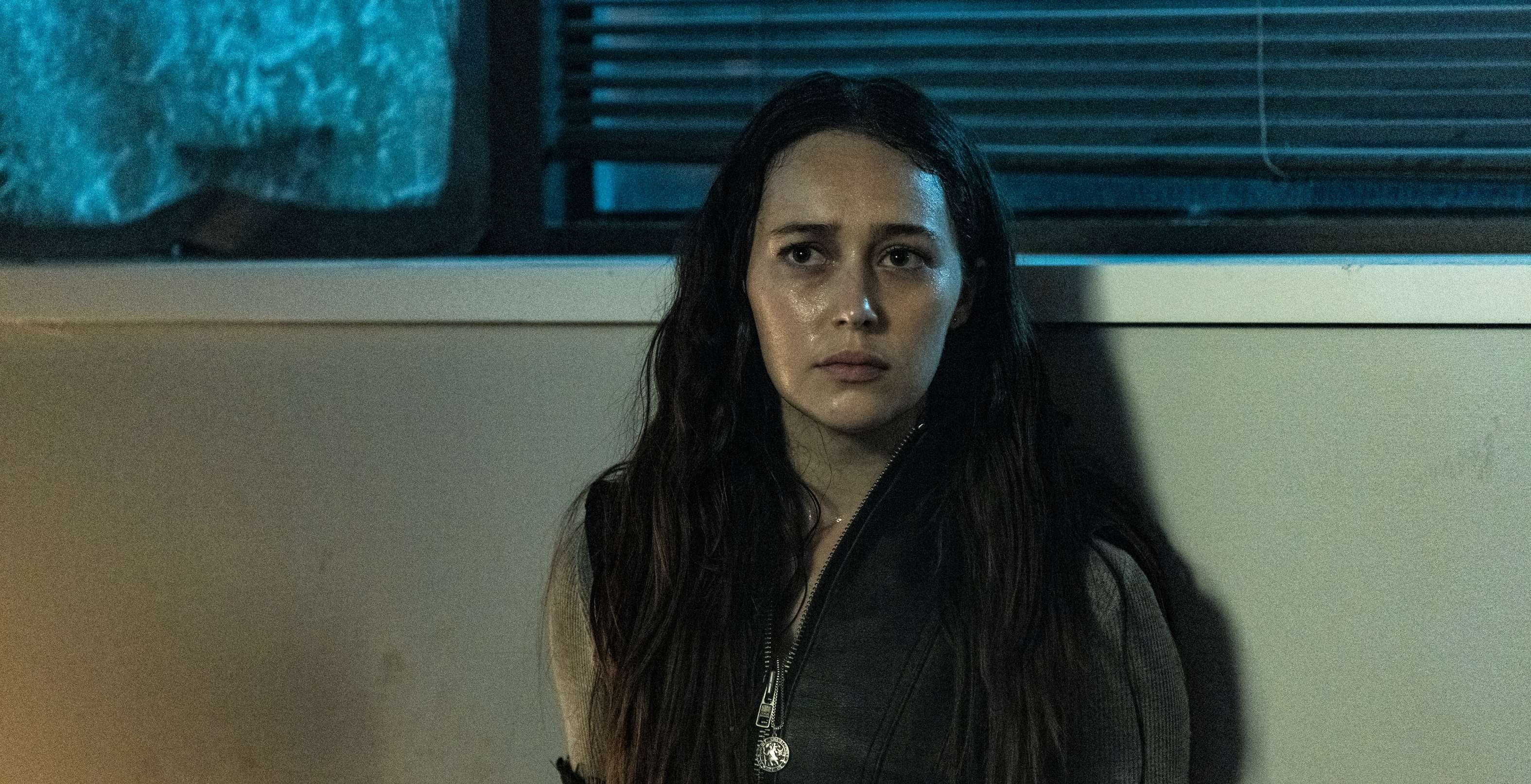 The fourteenth episode of AMC’s post-apocalyptic series ‘Fear the Walking Dead’ season 7, titled ‘Divine Providence,’ follows Alicia, who arrives at Strand’s Tower with her army. Strand invites her for a drink and lets her know that her followers do not stand a chance against him. To protect her people, Alicia agrees to stay in the Tower with Strand, infuriating Wes. The consequences of Alicia and Strand’s deal jeopardize the latter’s authority in the haven he built. Since the episode ends with an astounding cliffhanger, we have taken a magnified look at the same. Let us share our thoughts! SPOILERS AHEAD.

‘Divine Providence’ begins with Alicia arriving at the Tower with her army. Strand invites her for a drink and lets her know that he will release the radioactive walkers from the crater to annihilate her army. Strand tries to reconcile with her and asks her to stay with him in the Tower, specifically after knowing about her sickness. Alicia accepts for the sake of her followers. Wes, enraged at Strand and Alicia’s deal, sets out to kill them. He reveals that Strand’s rangers are his men and the group chases the duo. Meantime, the Tower’s beacon starts to attract the walkers, threatening Alicia’s followers.

Strand realizes that he should protect Alicia’s army to reconnect with her. They go to Daniel and ask his help to turn off the beacon in return for Ofelia. Daniel helps them but eventually finds out that Ofelia is not in the Tower. He holds Strand at gunpoint but Alicia asks him to take care of a dying Charlie instead of searching for the dead Ofelia. Strand lets Alicia knows that he built the Tower to prove to her that he is worthy. He also adds that she is the closest thing to a family he has got.

Wes and his men eventually find Strand and Alicia. He gives Strand another chance to keep Alicia away from his community but fails to convince Strand to do the same. Meanwhile, Daniel arrives at the room and kills Wes’ men but gets shot. When Wes holds Alicia at gunpoint, Strand kills him with his sword. Daniel rushes to his companions and asks them to get into the Tower as walkers start to arrive at the place. Alicia and Strand go to the rooftop to turn off the beacon. They kill the remaining rangers to protect the former’s army.

When Alicia accepts Strand’s invitation for a drink, the latter considers it an opportunity to explain how much he needs her with him. He expresses his love for her and how much he considers her a daughter. According to Strand, even building the Tower was his way of proving that he is worthy of her. Although the decisions he makes concerning the selection of people for the community haven’t been entirely acceptable, Strand makes it clear to Alicia that he has done everything for her to accept him. Alicia’s indignation towards him slowly reduces, however, only until Wes’ death.

When Wes holds Alicia at gunpoint, she tries her best to convince him that he is doing wrong. She tells him that his former companions deserve a chance at survival, irrespective of the rights and wrongs they have done. Wes, who is tired of lies and manipulations, doesn’t accept her request to turn off the beacon but listens to her. While Alicia tries her best to reach a truce with him, Strand kills him, astounding her. Alicia realizes that Strand cannot change and will always prefer bloodshed over words without any regard for the individual/individuals on the opposite side.

Strand, who agrees to help Alicia’s army thinking that she will accept him, perceives that she will not. He knows that Alicia will not forgive him for killing Wes, although it was necessary for their survival. The realization that he is losing Alicia again without a reconciliation affects Strand severely and he decides to not help her anymore. He chooses to not turn off the beacon as he thinks that nobody deserves anything better if Alicia cannot accept and forgive him. His selfishness conquers him again as he chooses to act on his distress over helping several individuals who are part of his life.

Will Alicia and Strand Die?

When Alicia realizes that Strand is not going to turn the beacon off, she attempts to do it and a fight ensues between the two. Amid the fight, Alicia’s metal hand gets stuck in a gasoline container. She pulls her hand back, only for the gasoline to spread everywhere on the roof of the Tower. Alicia also succeeds in using the transmitter to inform unknown survivors about Strand’s haven. Meantime, the beacon gets disconnected and explodes, firing the gasoline. While the fire spreads over the roof, Alicia passes out and Strand gets trapped.