‘Fistful of Vengeance’ starts off as a tale of revenge but quickly spirals into an all-out battle for the fate of the world. Kai (Iko Uwais) and his friends follow a killer to Bangkok, only to realize that she has lured them into a trap. The powers of the Wu Assassin have got them out of trouble before, but this time around, it is precisely the Wu Assassin that a mysterious “Yin Yang” pair of villains want.

The film, which incidentally picks up from season 1 of the Netflix series ‘Wu Assassins,’ blisters through numerous dramatic fights as Kai is joined by some regular (and some unexpected) companions. Waves upon waves of mysterious forces and deadly assassins stand in their way, and the final battle features some pretty spectacular villains. If you got lost in the flurry of battles, we’re here to help give you the finer details of what goes down in the frantic climax of ‘Fistful of Vengeance.’ Let’s dive in. SPOILERS AHEAD.

The film opens right in the middle of the action, with Kai, Lu, and Tommy heading into a club in Bangkok looking for Jenny’s killer. They are attacked by a mysterious force, which Kai recognizes as a Chi Vampire. The heroes survive and are then summoned by the mysterious Dr. William Pan, who informs them that the killer they are looking for is the powerful and notorious Ku An Qi, currently the head of the Bangkok underworld. 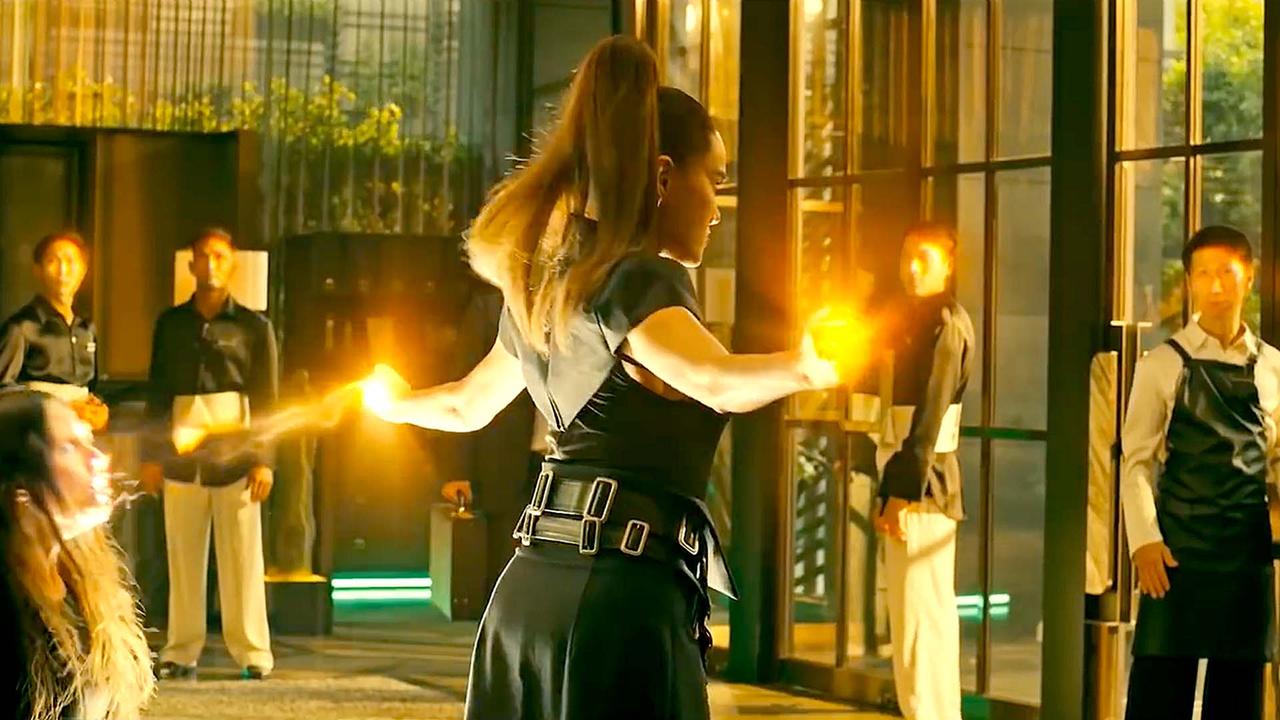 Realizing they need some local help, Tommy brings in Preeya, a resourceful fighter who helps the group infiltrate Ku’s lair. A few frantic battles later, it starts to become clear that perhaps William hasn’t been entirely forthcoming with the truth. Preeya takes them to a sanctuary where a shaman finally clarifies William Pan’s position, revealing that the doctor is actually on the same side as Ku. The two, he explains, are part of a bigger whole that seeks to recreate an ancient being called Pan Gu.

Thus, it becomes clear that William is merely using Kai to help raise the mythical entity. An apocalypse is also hinted at when the shaman claims that Pan Gu will reshape the world in his own image. Meanwhile, Preeya is approached by Ku’s forces and shown tantalizing images of being reunited with her dead family. Seemingly under a mind-control spell, she then turns against the group and attempts to steal an ancient pendant needed to raise Pan Gu. Though she is rescued, Lu then finds himself under a similar influence and turns against Kai.

Fistful of Vengeance Ending: Is Kai Jin Dead or Alive? Does He Kill Pan Gu?

Through frantic chases and with the shaman’s help, the group is able to subdue Ku’s significant forces. However, the real danger is now William, who succeeds in getting both pendants. The film’s climax unfolds in a dramatic underground cave where the powerful William — now in possession of both pendants — begins to excavate an ancient portal. Kai, Tommy, Preeya, and an Interpol agent (who also happens to be Lu’s flame) try and head him off but are subdued by the villain’s forces.

Finally, William joins the pendants and turns into Pan Gu. After bringing Lu back to his senses, Kai jumps on the ancient being, and the two slowly begin to drown in the portal. Lu jumps in as well, and together they subdue Pan Gu. Kai and Lu emerge from the portal, and the weary group begins to make their way out of the caves. The film then closes with all of them on the beach, drinking to Jenny’s memory and celebrating their victory.

And so, Kai Jin, the last Wu Assassin, survives to fight another day. In his climactic battle with Pan Gu, it appears for a time that perhaps our hero might not make it. However, Lu’s entry right in the nick of time — combined with the explosive use of Kai’s powers — causes a massive explosion that blasts Pan Gu into the shadowy depths of the portal.

We see Kai on the beach a few days later, so it is clear that he well and truly subdues Pan Gu and makes it out of the cave. However, it appears unlikely that the mythical villain is dead. We last see Pan Gu falling away into the portal as the others escape. Since this is the portal he emerges from in the first place, it appears that Pan Gu has merely been banished from whence he came and could return. Thus, Kai Jin defeats Pan Gu but seemingly doesn’t kill him.

Who is Jenny? Who Killed Jenny?

Jenny is Tommy’s sister and remains unseen throughout the film. However, the narrative essentially starts with Jenny since it is her death that Kai and his friends have set out to avenge. She is killed at some point before the film opens, and the group essentially follows her murderer to a club in Bangkok, which is where the narrative kicks in. 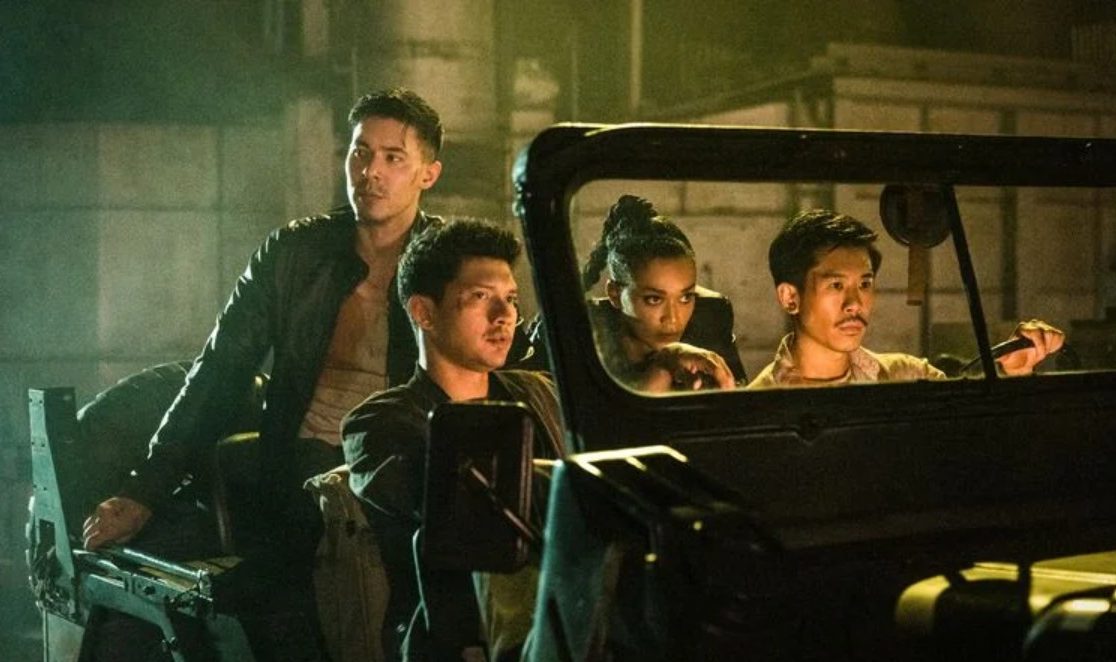 Once Kai meets William, the latter reveals that Jenny was killed by Ku, the powerful and “chaotic” half of an entity he refers to as the “Yin Yang.” It then becomes clear that Ku has essentially lured Kai to Bangkok to extract the Wu Assasin’s energy and use it to raise Pan Gu. Of course, this also seems to be William’s plan, but that only becomes clear much later.

What Happens to Ku An Qi? Is She Dead or Alive?

Ku An Qi, the notorious underworld leader who torments Kai and his friends since the start, faces a surprising end just as she thinks things are going her way. However, she seems to recognize just how powerful Kai is because she warns her forces of as much. Ironically, the mighty Ku is brought down not by Kai but by two fighters not endowed by magical powers.

During the frantic climactic battle, Ku is confronted by Tommy and the Interpol agent. The fight is brutal but short and ends when Ku has her neck broken by the agent. Thus Ku gets quite close to seeing William turn into Pan Gu (which happens soon after) but is killed just before. However, considering the shaman describes her as a magical entity, another reincarnation of Ku could make an appearance at some point in time.

What Happens to William Pan? Is He Dead or Alive?

The fate of Dr. William Pan (who channels Pan Gu) is a bit of a mystery. It appears that Pan Gu, who is a mythical being, cannot die. So what about William, who essentially embodies Pan Gu at the end of the film? Once again, the shaman gives us a clue.

He mentions earlier that William is an entity that is constantly reborn. Ku and William seemingly form two halves of a bigger being who aims to bring about the advent of Pan Gu. Thus, like Ku, it appears that the entity that is William Pan can also be reborn. Therefore, though we see Willam (as Pan Gu) fall into the portal in the end, a version of him likely survives and, like Ku, could reincarnate in another form.