The eighth episode of Apple TV+’s medical drama ‘Five Days at Memorial,’ titled ‘The Reckoning,’ follows Assistant Attorney General Arthur “Butch” Schafer and Special Agent Virginia Rider’s efforts to move forward with the Memorial case as a grand jury swears in to consider the case against Dr. Anna Pou. Attorney Richard T. Simmons, Jr. tries his best to protect his client and he even arranges an interview on national television for Pou to present her side to the world.

The twists and turns that happen in the case unsettle Rider, who takes a pivotal decision concerning her future. Episode 8 of the show ends with significant decisions and developments that affect Pou’s life while exploring the ambiguities that are present in the Memorial case. If you are up for a dive into the same, let us be your ally! SPOILERS AHEAD.

‘The Reckoning’ begins with Dr. Horace Baltz talking to the investigators about how decisions were made in Memorial Medical Center and LifeCare Hospitals that should not have been made. He expresses that he feels guilty for getting evacuated early. Attorney General Charles Foti, Jr. conducts a press conference and states that the deaths that happened in Memorial are no less than homicides. Dan Nuss, Pou’s colleague, kickstarts a defense fund to help her financially since she has to pay an enormous amount as a bail bond. Dr. Frank Minyard, New Orleans Parish coroner, seeks the assistance of several external experts to classify numerous deaths that happened in Memorial as homicides. 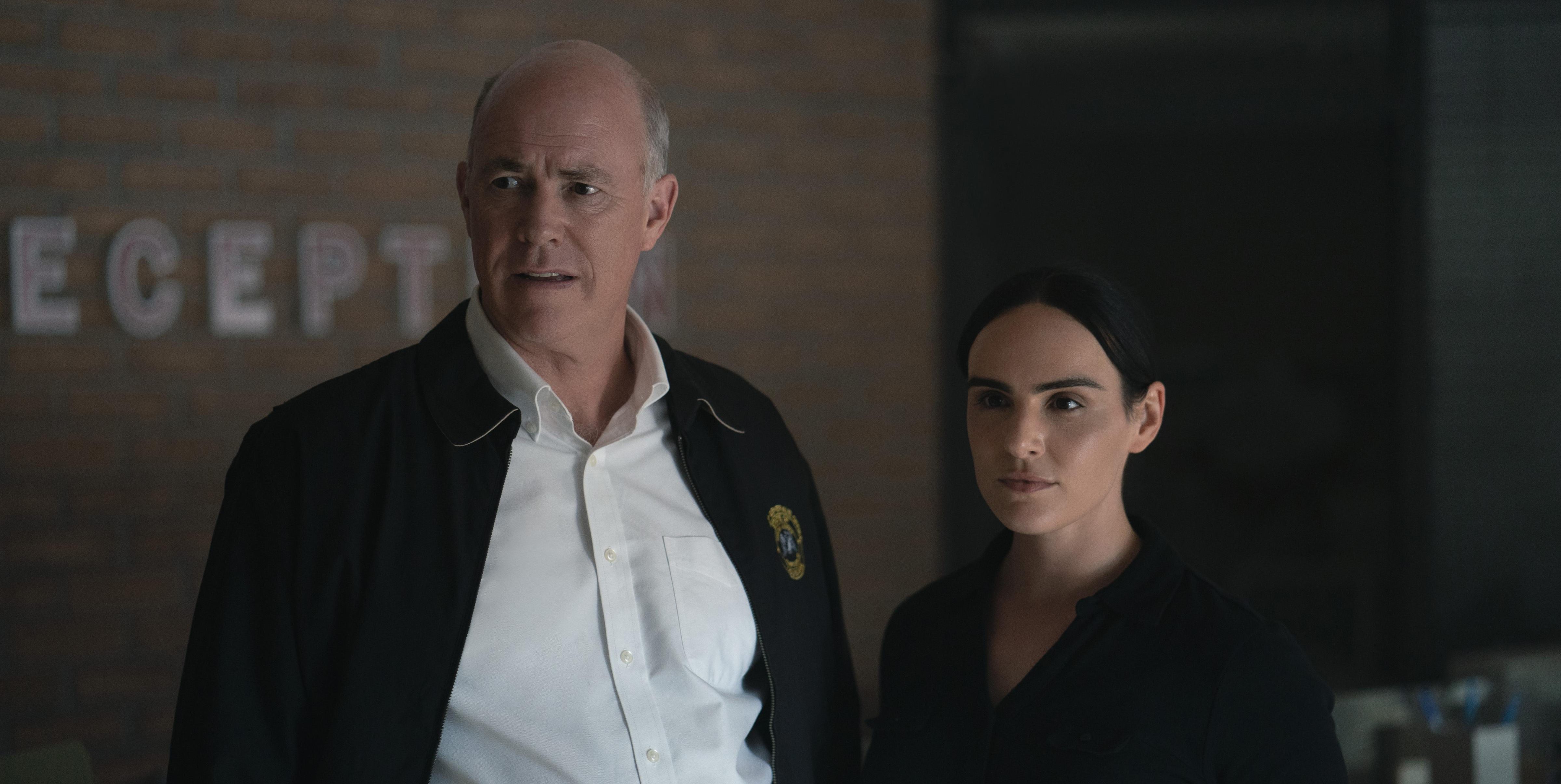 Even though Schafer and Rider hope for DA Eddie Jordan’s intervention in the case, ADA Michael Morales becomes the lead prosecutor, much to the disappointment of the two investigators. Morales tells them that the deaths may not be homicides as they think. Soon, Schafer and Rider get asked to stop the investigation since the DA’s office deems their investigation as not advantageous. Simmons arranges a ’60 Minutes’ interview for Pou to reveal her side of the story. She appears on national television, makes it clear that her priority is always the comfort of her patients, and emphasizes that she didn’t euthanize anyone.

Cyril Wecht’s conclusion that multiple homicides did occur in Memorial gives hope for Rider but Schafer makes it clear that evidence alone isn’t going to help them win the case. Minyard meets Pou and discusses about the challenges they faced during Hurricane Katrina and the subsequent flood. He then announces that he hasn’t found any evidence to classify the Memorial deaths as homicides. Rider, upon getting tired of the politics that are involved in the case, realizes that she cannot survive in the field. She resigns from the Attorney General’s office and conveys the same to her partner, who helplessly listens to the news.

After the investigation of Schafer and Rider, the DA’s office takes the case, and a grand jury swears in to consider indicting Dr. Anna Pou. However, the findings of the two investigators do not reach the jury, including the conclusions of several renowned forensic pathologists, who unanimously classify several deaths that happened in Memorial as homicides. In addition, Minyard’s announcement that he hasn’t discovered any evidence of homicide in the deaths must have further inclined the jury to think that Pou is innocent. In reality, Minyard ultimately classified the cause of the deaths as “undetermined,” possibly to not set a precedence of crucifying healthcare workers. 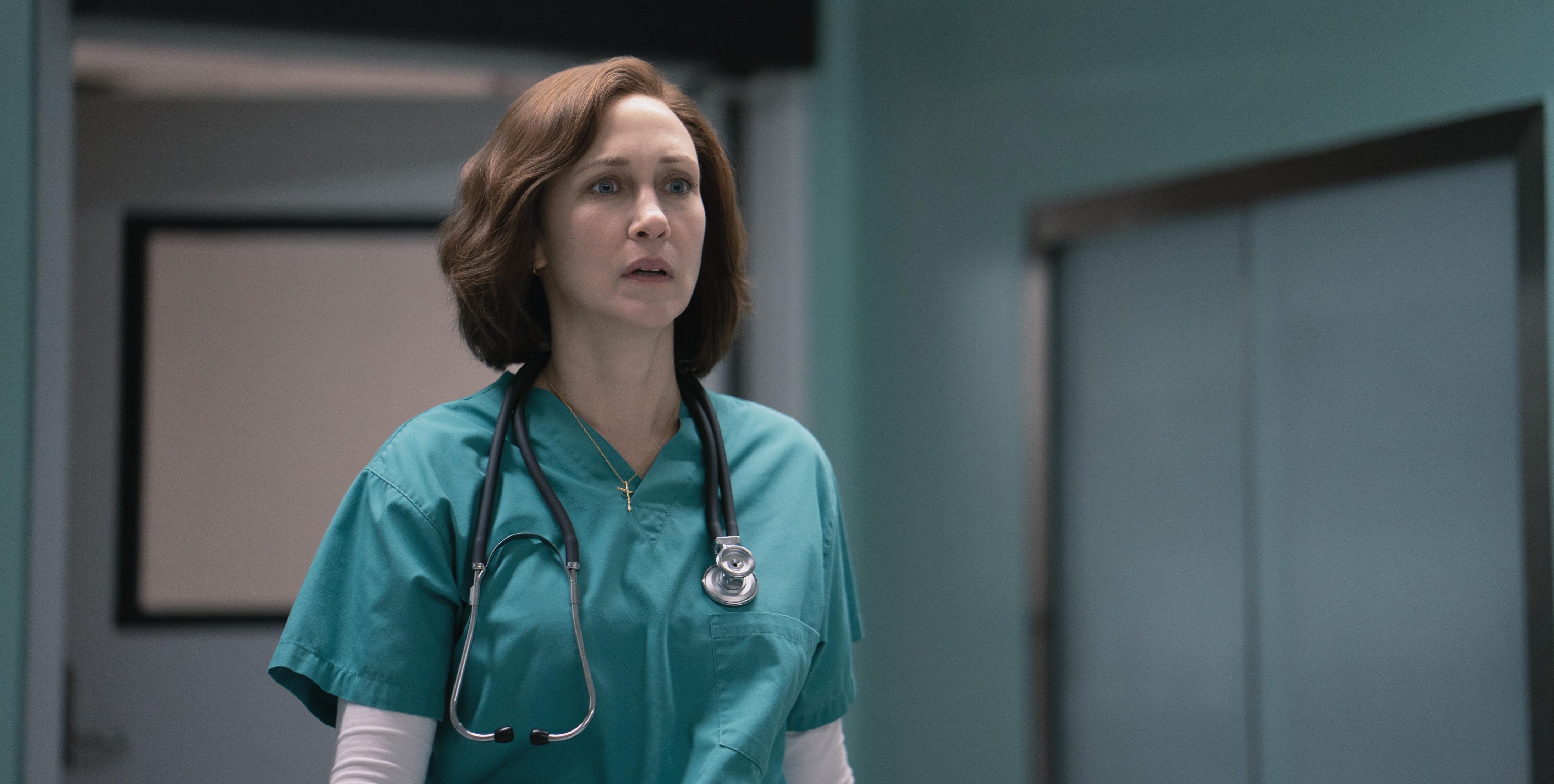 As the show indicates, Minyard might have been conflicted about concluding the deaths as homicides and paving the way for Pou’s indictment, which would have restricted every healthcare worker from doing their job in the wake of a natural disaster. Before classifying the cause of the deaths as undetermined, Minyard had consulted another pathologist named Dr. Steven Karch, who advised the coroner to classify the cause as undetermined since the dead bodies were left behind in a 100-degree temperature for 10 days. Since he couldn’t prove the deaths as homicides conclusively, he might have given the benefit of the doubt to Pou and testified the same before the jury.

Kristy Johnson, who had witnessed Pou injecting multiple LifeCare patients, as per Sheri Fink’s source text of the show, also didn’t testify before the grand jury. The jury also didn’t hear from Rider, who prepared 50,000 pages of evidence. The notion that Pou is a heroic figure who courageously dealt with the adversities might have also influenced the jury to not indict her.

Why Did Anna Pou Administer Morphine and Versed?

In reality, as the show depicts, Anna Pou had repeatedly expressed that she hadn’t euthanized or killed any of her patients. But she didn’t deny injecting them with morphine. She even revealed that she administered morphine to nine patients with the knowledge that the medication might hasten their deaths in an interview given to Newsweek. What separates a homicide from what Pou actually did is her intention behind the same. Even though Pou, according to herself, hadn’t killed any patient, she prioritized the comfort of the patients and believed that she should help the patients with their pain, especially when basic necessities weren’t available. She seemingly believed that morphine was the only way to do so.

“I do not believe in euthanasia. I don’t think that it’s anyone’s decision to make when a patient dies. However, what I do believe in is comfort care. And that means that we ensure that they do not suffer pain,” she told Morley Safer for ‘60 Minutes.’ As per Pou, she never intended to kill and the deaths of the patients were the unfortunate results of a doctor’s obligation to help her patients. “The intention was to help the patients that were having pain and sedate the patients who were anxious. That was it,” she added to Newsweek.

While federal, state, and local governments failed to put an action plan in place in the wake of the flood in New Orleans, Pou and other healthcare workers had to make a decision concerning the suffering of the patients and they decided to ease the pain rather than witnessing the patients suffering from the same without considering the fatal consequences of their actions. Whether it was the right decision depends upon the way one chooses to see and understand the predicament.

Were the Dead LifeCare Patients Rescuable?

When Pou doesn’t get indicted, Baltz meets her and expresses how the patients could have evacuated rather than her choosing to provide “fatal comfort.” In a way, Emmett Everett and other LifeCare patients were rescuable. The evacuation of Rodney Scott shows that the patients were savable despite their weights and conditions. However, it is doubtful whether there were enough resources to conduct such an evacuation on the fifth day. Considering the lack of proper evacuation systems, facilities, and human and non-human resources, the healthcare workers, including Pou would have needed to move mountains to make it possible.

Having said that, Pou and other staff members didn’t even try to evacuate Emmett and they might have hastened to administer the “lethal cocktail” of drugs to the patients in LifeCare. It is impossible to say whether help would have arrived to rescue Emmett and other patients if they didn’t die without a shadow of a doubt, which also makes it hard to conclude whether they were rescuable.

Read More: Five Days at Memorial: Where Are They Now?