Where to Stream Fleabag? 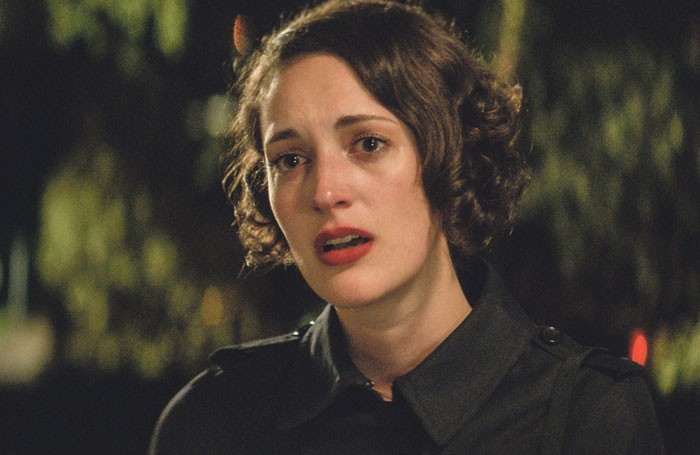 The British are known for their uniquely dry sense of humor, which becomes immediately evident when you watch ‘Fleabag‘. It is written and directed by Phoebe Waller-Bridge, who also stars in the titular role of the show. Fleabag is an angry, confused and sexually voracious woman residing in London. Apart from Waller-Bridge’s quirky sense of humor, ‘Fleabag’ has become known for the way it frequently breaks the fourth wall.

Spanning two seasons, the series has won critical acclaim and numerous awards, including Emmy Awards for Outstanding Lead Actress and Outstanding Comedy Series. ‘Fleabag’ is all the rage at the moment, and in case you have not yet seen the show, it is not too late to jump in and watch it. We are here to tell you where you can stream ‘Fleabag’, but first, let us walk you through the premise of the show.

What is Fleabag About?

At its core, ‘Fleabag’ is about a dry-witted woman. She has no filter and we see her navigate through her love and life in London. At the same time, she tries to cope with tragedies. Often angry and grief-ridden, Fleabag tries to heal, but the woman keeps rejecting anyone who remotely attempts to help her. One thing must be said, even when the going gets tough, Fleabag continues to keep up her bravado through all of it.

‘Fleabag’ is adapted from Waller-Bridge’s 2013 play of the same name that was showcased at the Edinburgh Festival Fringe. In fact, the initial idea of the character came from a challenge by a friend. Fleabag was born when Waller-Bridge had to create a sketch for a 10-minute section during a stand-up storytelling night. Needless to say, ‘Fleabag‘ has come a long way as we have gotten hooked to the Londoner who has to cope with the death of her best friend while juggling her troublesome family, her own business and a barrage of unfulfilling, masochistic relationships.

When the show started, people began to understand that Waller-Bridge’s brilliance lies in the creation of characters who are not even likable, let alone lovable, yet remain utterly relatable. Their emotional and sexual honesty shine through. In the second season, Waller-Bridge only raises the bar, making the entire experience even better. While Fleabag’s travails have always been the focus of the show, the first season unpacks this in detail, while the second season is further accentuated by supporting performances from the likes of Andrew Scott.

Over the seasons, we have watched Fleabag grow, to make perhaps wiser and better life choices. By the time the show ends, even though some might be disappointed because not everything works out for her, everyone is bound to agree that Waller-Bridge’s character is better off than when they first saw her in season 1. ‘Fleabag’ has churned out many a dirty joke, coupling it with a feminist backhand, using the element of shock to get through situations of anger and anxiety. Critics have praised the series, saying, “the show is a precision black-humor mechanism, a warped and affecting fable about one single woman’s existence. The clever editing—cutting off jokes mid-beat, staying close to our antiheroine’s face during sex—is both vaudevillian and elegant.”

Although Fleabag seems to be a woman in control of her life, we quickly come to realize that her voracious sexual appetite is something she cannot help. In fact, it seems to unfurl uncontrollably all around her. However, that is not even the crux of the character. Despite seducing and bedding several men, what Fleabag is most obsessed with are women. She is drawn to, and at the same time, repulsed by how femininity is always in a sick competition. It is something the character herself tries to master desperately. Overall, ‘Fleabag’ makes the more difficult themes easier to swallow, thanks to the show being legitimately funny, caustic, sometimes surreal, and always observant of the ugliness of both the sexes.

To conclude, “You may think you’re weary of septic comedies of human pain, feminist comics working blue, and graphic sex scenes—all prevalent trends. The word “antihero” has certainly become a turnoff. But Fleabag is an original. She’s at once a mischief-maker and a figure of pathos.” You certainly, don’t want to miss out on the series, so let us tell you where to watch it.

Is Fleabag on Netflix?

Netflix has an amazing collection of movies and television shows which sets it apart as a premier content provider. While ‘Fleabag’ is not on the platform, if you enjoy Waller-Bridge’s cynicism, you should check out ‘Russian Doll‘.

Is Fleabag on Hulu?

Hulu has an enviable collection of movies and television shows and the library is constantly growing since the platform keeps making smart additions to stay ahead of the competition. Though ‘Fleabag’ is not available on the platform, you can check out ‘Killing Eve‘, which is written by Phoebe Waller-Bridge.

Is Fleabag on Amazon Prime?

Amazon Prime has an excellent collection of movies and television shows. In fact, the enviable collection gives premier platforms like Netflix a tough competition. But Prime seems to have beaten the competitors in this case. Prime subscribers can now rejoice, since ‘Fleabag’ is available for streaming on the platform. You can check it out here.

Where Can I Stream Fleabag Online?

Unfortunately, if you do not have subscriptions to Amazon Prime, you cannot watch ‘Fleabag’ at the moment.

Where Can I Watch Fleabag Online For Free?

Freeloaders are in luck since you can use the free trial period offered by Amazon Prime to stream and watch the show. Although there are two seasons, the episodes are not very long, so if you get into a serious bingeing spree, you could be done before your trial period is up. However, we would definitely urge our readers to pay for the art that they consume.