Where is Fridge Wars Filmed? 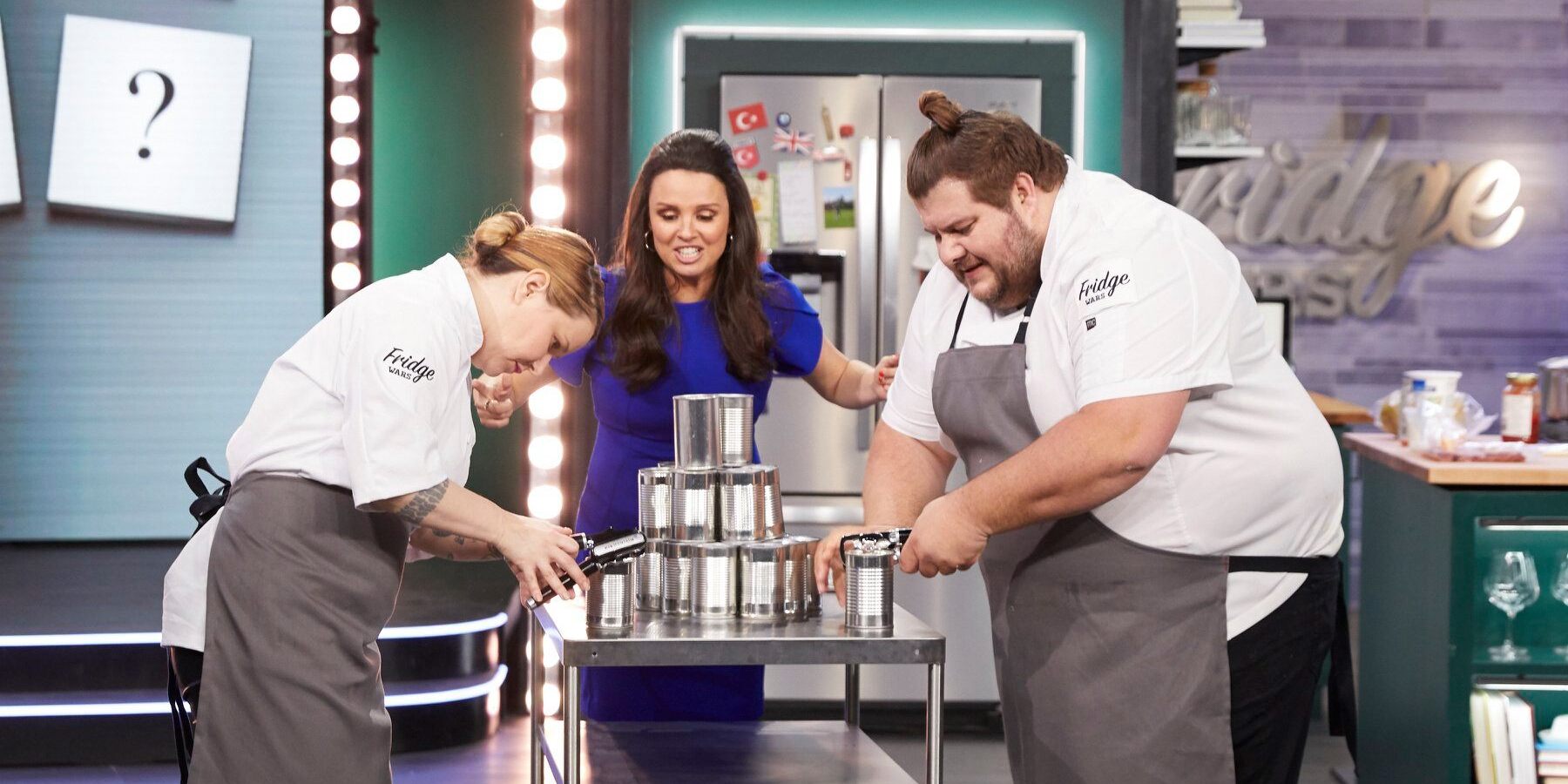 The standard format of any cooking reality show features an individual/group of aspiring or professional chefs who showcase their culinary skills to impress the esteemed judges and win a grand cash prize. Well, CBC’s ‘Fridge Wars’ follows an altogether original format where two professional chefs prepare extraordinary meals by using just the ingredients found in the refrigerator of a typical Canadian family.

The family members then judge the dishes and announce a winner. Yes, the ingredients sometimes include leftovers too. It has been loved by audiences because of its intriguing structure, coupled with its funny and positive atmosphere. Here is the filming location of ‘Fridge Wars.’

Since ‘Fridge Wars’ is a cooking reality show, it is filmed on a set. However, at the beginning of each episode, the host Emma Hunter visits the homes of the families to gather the ingredients from their fridges. The production department has used vibrant lights to match the tone of the show, and also to calm the nerves of the cheftestants. Here is the specific location where the reality show is set!

The show is produced by CBC and The Gurin Company and filmed on a set designed inside the Canadian Broadcasting Centre studio complex. Also known as CBC Toronto Broadcast Centre, the 13-story property has been in service since 1993. It is located at 250 Front Street West in Downtown Toronto. There are additional entrances at 205 Wellington Street West and 25 John Street, which stands directly across the Metro Toronto Convention Centre.

Some of the projects that have been filmed in the studio include ‘Dragons’ Den,’ ‘Canada’s Smartest Person,’ ‘Deal or No Deal Canada,’ ‘The Ron James Show,’ and multiple ‘Paris By Night’ segments. For the show, the production directs the crew members to illuminate the studio space by using scintillating blue-colored lights.

After the lighting and sound department work their magic, they set up the appliances, equipment, furniture, ingredients, etc., for the contestants. Here is a picture shared by Wallace Wong, the champion of the first season of ‘Fridge Wars.’ The studio’s architectural and infrastructural design also helps to enhance the visual appeal. CBC maintains the property by leasing out several floors or sections to other production companies.

The reason why Toronto is a preferred location for setting up production studios is because of the lucrative tax credits the government provides for projects that are filmed in the country. Other than that, the landscape and climate of the Great White North make it a real Mecca for all the cinephiles. Canada has served as a filming location for many classics like ‘Good Will Hunting,’ ‘Titanic,’ ‘Brokeback Mountain,’ ‘Twilight,’ etc.