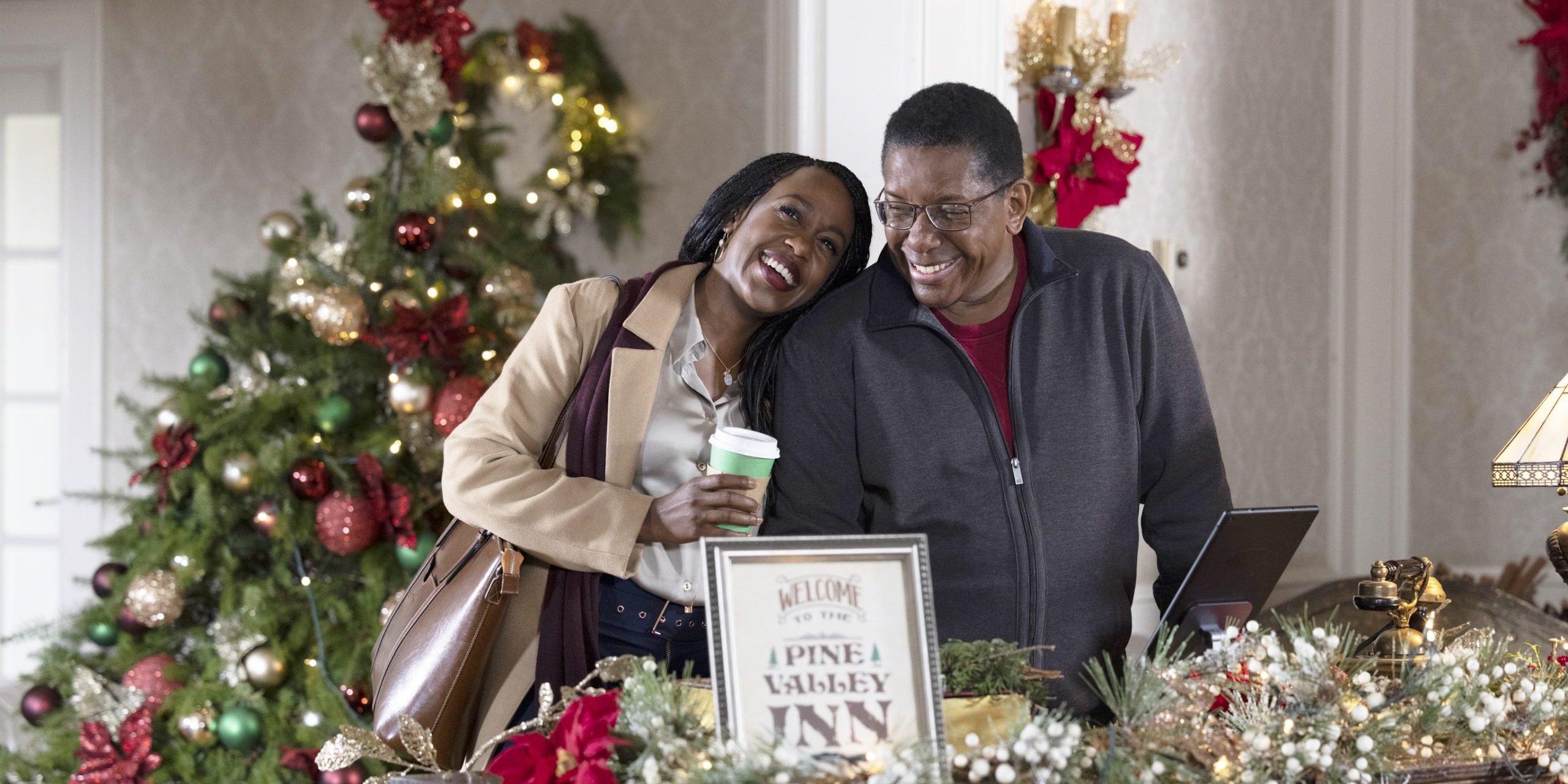 Part of GAC Family’s ‘12 Movies of Christmas’ lineup, ‘Christmas Time Is Here’ is a delightful festive-themed family movie that follows Nia Moore, an ambitious realtor from the small town of Pine Valley, who is hellbent on closing a lucrative deal with the festive season just around the corner. However, Julian, the client, is underwhelmed by every other property, as he has set his eyes on the old resort of Nia’s family. While Nia’s father wants to sell the house, Nia lets Julian know that the property is not for sale. The resort holds a special place in Nia’s heart since it conceals her deceased mother’s memories.

Soon, Julian comes to realize Nia’s reservations. When his boss comes to town hoping to seal the deal, Julian devises an elaborate plan to let Nia keep her family heritage. Thus begins an ardent and spirited drama with a tinge of romance. Set in a small idyllic town, director Christie Will Wolf paints the film with a feel-good festive ambiance, making many wonder where the movie was filmed. You may also be curious to meet the cast ensemble, and in that case, let us tell you everything we know.

‘Christmas Time Is Here’ was filmed in its entirety in Canada, especially in British Columbia. Principal photography commenced on August 16, 2021, and was wrapped up by September 3, 2021. British Columbia features lush forestry, pastoral lands, immense mountains, and a scenic coastline along the Pacific, all of which are highly coveted by filmmakers and producers.

The province features state-of-the-art facilities to aid filming, and expert technical hands are readily available. The provincial government throws in a lucrative tax credit program, which proves to be of great value as far as the production cost is concerned. Let us now take you to the specific locations where the movie was filmed!

The movie was primarily filmed in various locations in and around British Columbia, while the crew presumably set up base in Vancouver. However, as the director touted it as her secret project, the cast and crew members divulged no specifics about the production. While we may have to wait a while before discerning the specific locations, seaport city Vancouver remains a prime filming location suitable for all kinds of productions. The crew members also ventured out to the coast to capture some serene sequences.

One of the most ethnically diverse cities in the region, Vancouver is known for its vibrant nightlife and art galleries. Due to its temperate climate and high-end production facilities, Vancouver hosts film and television productions all around the year. If you ever happen to visit the city, you must see Douglas Coupland’s art installations in the iconic Vancouver Art Gallery. The central district also houses cozy cafés, bars, and eateries you can visit.

Christmas Time Is Here Cast: Who is in it?

The movie features a star-studded cast ensemble. Dewshane Williams essays the role of Julian Parsons, a client looking to buy a property in the picturesque Pine Valley for his boss. Williams is best known for his work on ‘In the Dark,’ ‘Defiance,’ and ‘The Strain.’ ‘Nancy Drew’ and ‘Van Helsing’ fame Rukiya Bernard plays the role of Nia Moore, a small-town real estate agent with big dreams but proud of her roots.