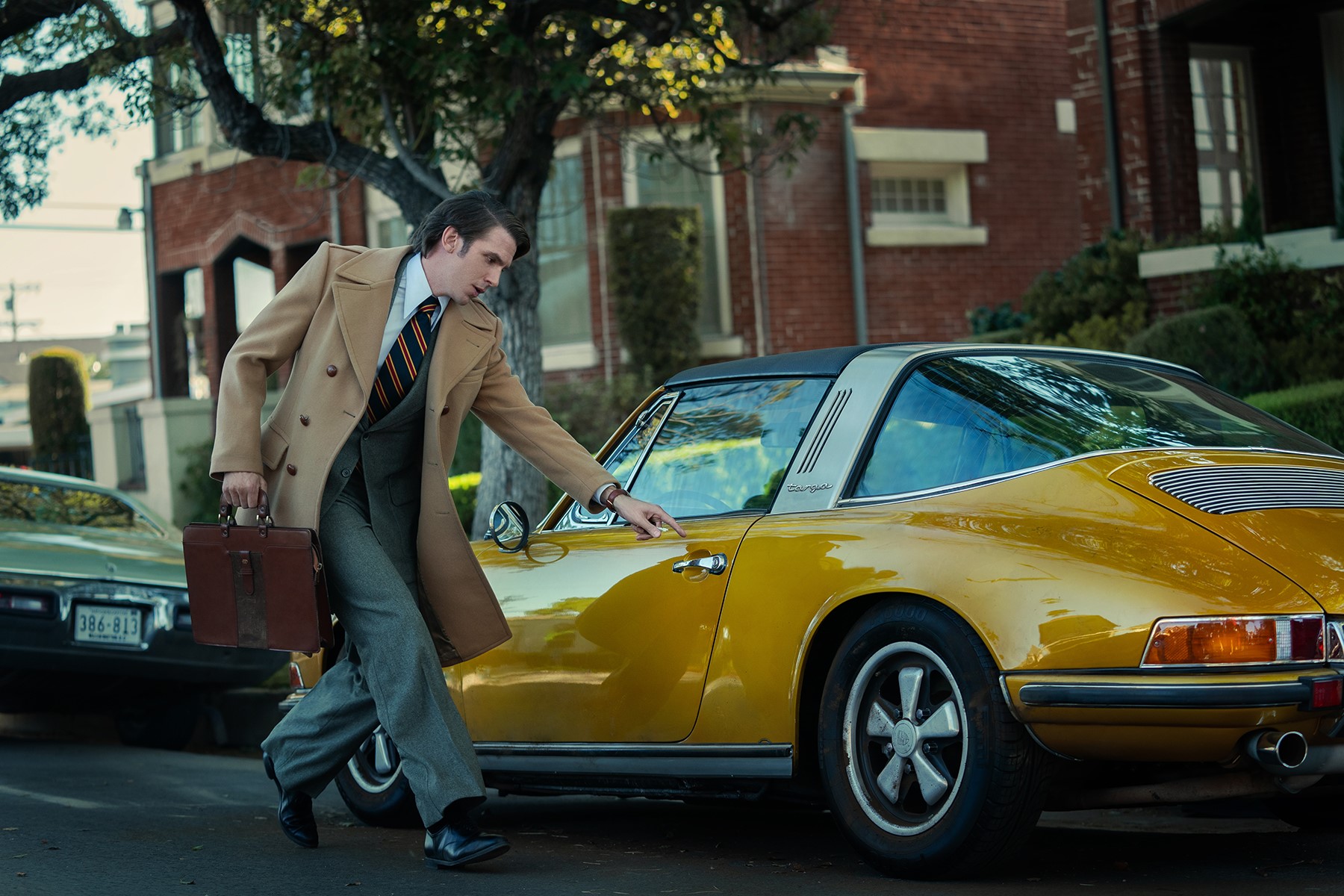 The Watergate Scandal has been reimagined countless times on the big and small screens. What sets ‘Gaslit’ apart is that it doesn’t focus its narrative on the infamous break-in itself but on the women affected by it and how they responded. The show is also the first time Oscar winners Sean Penn and Julia Roberts have worked together.

In the pilot episode, titled ‘Will,’ John N. Mitchell (Penn) calls John Dean (Dan Stevens) to his office and reveals the plans to spy on the Democrats. Mitchell’s wife Martha (Roberts) believes that there is a conspiracy against her concocted by the First Lady. Dean meets Maureen “Mo” Kane, and his life forever changes. Here is everything you need to know about the ending of ‘Gaslit’ episode 1. SPOILERS AHEAD.

The first episode of the series is named after the 1980 autobiography of G. Gordon Liddy (Shea Whigham), ‘Will.’ Episode 1 begins as Liddy performs one of his infamous pledges by placing his hand over a candle flame. This perfectly sets up the character and the atmosphere and tone of the show. Dean, who works under Attorney General Mitchell, is afraid that he is going to lose his job during Mitchell’s spring cleaning drive. As he breezes through the streets of Washington in his Porsche, Dean nonchalantly glances out of the car, and the rampant social inequality and unrest stare back.

After he gets to the White House and learns about Mitchell’s plans of spying on the Democrats, he is understandably baffled. Their President is doing well in the polls, so he doesn’t see the need to do anything that can jeopardize Nixon’s re-election campaign and send some of them to jail. However, by appealing to his ambition, Mitchell makes him complicit. Dean suggests Liddy’s name to head the espionage team as general counsel, with him serving as the advisor, and Mitchell accepts.

Martha is originally a socialite from Arkansas. She is one of the most popular people associated with the Nixon administration. She thinks that Pat Nixon is envious of her because of her popularity. She and her husband often argue over his fierce loyalty toward Nixon, though they evidently love each other. In this episode, their fight descends into violence, in which they both slap the other person. The following morning, Mitchell makes a peace offering with tickets to California.

Dean and Mo meet through a Washington dating agency and the initial impression that the former leaves on the latter is nothing to write home about. For their second date, he takes her to a party at the Mitchell household. There, Mo catches glimpses of a different side of Dean as he speaks to Marty, John and Martha’s daughter, while her parents fight in another room.

No, John Dean doesn’t resign. From the moment he is told of CRP’s (the Committee to Re-Elect the President) plans to spy on the Democrats, he has been feeling uneasy. He initially even declines the offer, but Mitchell convinces him by saying that Nixon has personally asked for him. Jeb Magruder (Hamish Linklater) is also there and clarifies that the President will never be involved in something illegal. The biting farce is embedded in almost all scenes of the show.

Dean later discovers that Mitchell lied, and after speaking to Mo — though he doesn’t reveal anything to her — he decides to submit his resignation letter. He types it out and goes to deliver it to Mitchell personally. However, his boss isn’t in his office at the moment. As he is about to leave the letter, he notices several notes on Mitchell’s desk, likely left by his secretary. In one of the notes, the secretary is informing Mitchell that the Chief of Staff called. Nixon is apparently very pleased with Dean and wants to meet him. Dean’s resurgent ambition immediately snuffs out his desire to do something right. He takes his letter and promptly departs, and no one is any the wiser.

What Does Martha See in John’s Papers?

As the pilot episode nears its end, Martha catches a few lines on her husband’s papers, including “bugging and sound equipment” and “automatic telephone wiretap devices.” Meanwhile, Liddy, James McCord (Chris Bauer), and their team come to see their “destiny,” the Watergate complex. Martha’s actions from this point onwards will also shape her destiny and her place in history. On a personal level, it will inevitably affect her marriage, as Mitchell will likely be forced to choose between his wife and Nixon.

Read More: Is Gaslit’s Winnie Based on a Real Journalist?