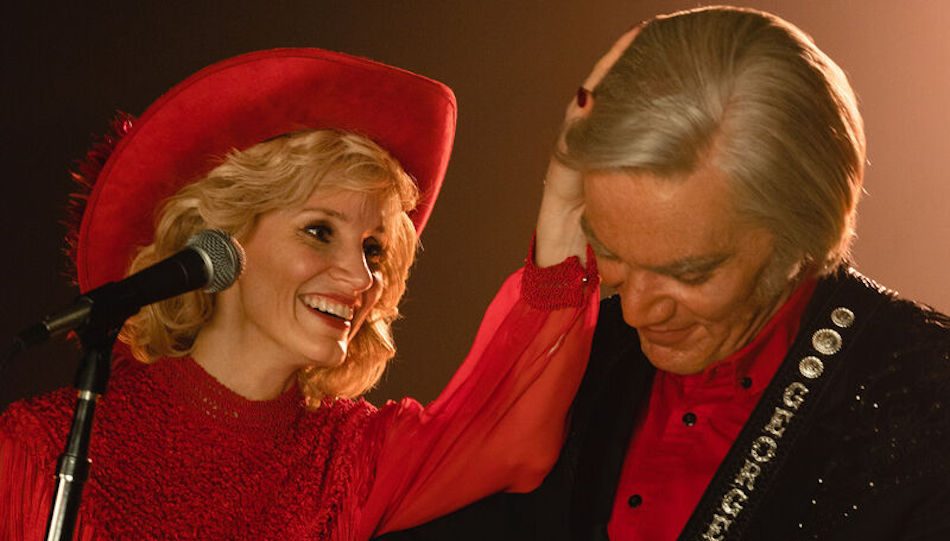 Showtime’s ‘George and Tammy’ comes to an end with its sixth episode, where the President and the First Lady of country music find themselves on completely different tracks. The episode also takes a time jump to show the audience how much the distance between them changed George and Tammy, and the conditions they were in by the time they found each other again. By the end, the audience is left with a bittersweet feeling regarding the tragic love story of the country music couple, wondering if things could have turned out differently for them. Here’s a look at the events that take place in this episode and what that ending tells us about George and Tammy. SPOILERS AHEAD

The final episode of the series begins with the infamous kidnapping and assault incident that Tammy Wynette faced during her marriage with George Richey. It becomes clear soon that there is no love in this marriage, not at least from Tammy’s side, which leads Richey to express his feelings more violently. He has become all the more involved in her professional life and Tammy is now simply focused on singing and writing, with all of the financial aspects being handled by Richey. In the meantime, George falls further and further. Just when it seems like he might take a turn for the better, his condition gets even worse.

It takes a time jump of around seven years for the story to move past George’s addiction phase. In 1995, he has cleaned up his act, largely due to his new wife, Nancy. Tammy, on the other hand, has deteriorated, getting more and more reckless about the drug dose that is administered to her. Richey has also managed to isolate her from her daughters, especially Georgette. George can see that Tammy’s getting worse, but he finds himself helpless, unable to do anything, quite similar to how Tammy had felt during their marriage when he’d landed himself at the bottom of a bottle.

After getting a divorce, Tammy and George go their separate ways. While Tammy offers to keep the door of their collaboration open, George is unable to keep up with his commitments due to his relationship with alcohol. It takes more than a decade-and-a-half before George finally has some control over his situation and the duo returns to performing together. Being with each other on the stage again reignites the spark they’d felt all those years ago, in the early days of their relationship. However, they are two very different people now.

In some ways, their story comes back full circle, as we find both of them married to other people and still being in love with one another. While George’s marriage is much better than the one he had before he married Tammy, hers is much worse than what it was when she was with Don Chapel. Once again, George sees that she is not happy and feels compelled to run away with her. At the moment when he is overwhelmed by his emotions, he even offers for Tammy to get in the car with him and drive away. A couple of decades ago, Tammy wouldn’t have batted an eye before taking up on his offer, but things are much different now.

Tammy is caught up in a marriage that she can’t get out of. She is being held captive by Richey, and much to her own dismay, she is also an addict now. She is too dependent on her medication to leave it, and this leaves her drained as is. She can’t deal with any more pain. Still, George and Tammy are made to sing together, and the chemistry between them shows up as soon as they show up on stage.

They record an album together and go on a tour that spans multiple cities. They can’t run away but going on a tour together allows them the reprieve they’d been looking for all this while. The comfort that they’d found with one another, especially while singing, comes back to them and we find them enjoying each other’s company once again. They can’t be together, even though they both love each other after all these years. But being on stage together gives them something to look forward to. And that’s where the show leaves us, with George and Tammy singing together, just like it was always supposed to be.

How Did Tammy Wynette Die?

‘George and Tammy’ ends with the singers on their way to a tour that is to span for at least a couple of months. The point at which the story ends tries to give a sense of happiness to their otherwise heartbreaking love story. In truth, however, things didn’t stay like this forever. Only three years later, in 1998, Tammy Wynette died at the age of 55.

Ever since her last childbirth, Tammy had suffered from health problems, for which she also underwent many surgeries over the years. This led her to get hooked on drugs to relieve herself of the pain. Despite all her efforts, no permanent solution could be found for her condition. In 1994, things got so bad that she had to be hospitalized and it looked like she might not recover from it. Miraculously, she came back and soon enough, was in good health. She went back to singing and performing, and eventually reunited with George Jones.

For some time, it looked like Tammy was getting better, which is why her death came as a shock to everyone around her. It was later revealed that it was a blood clot in her lungs that led to her death, though it was comparatively peaceful as she died in her sleep. While others might not have been ready to say goodbye to her, Tammy had talked about her death in an interview after the health scare in 1994.

Describing how she felt during the time she was in the hospital, she said, “I did not know I was sick, during this time. I felt no pain, no fear, or anything. I just felt like I was floating. And when I came to on the sixth day, Richey said, ‘Honey, you almost died.’ I said ‘I certainly didn’t know it — I guess that’s God’s way of telling me that death ain’t no big deal.” It looks like Tammy had made her peace with whatever life had in store for her. She’d already braved a lot of pain in her life, and considering her worsening health, she might have guessed that things would end sooner rather than later for her. As for her songs, they continue to be heard and loved by people even now, breathing life into Tammy Wynette all over again.