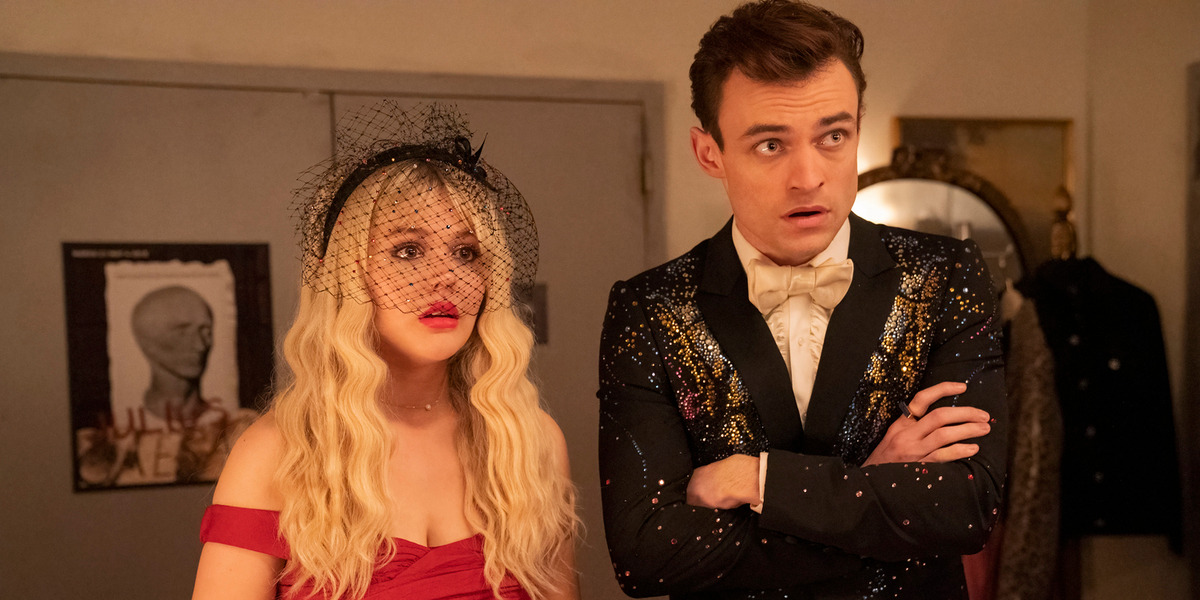 HBO Max’s ‘Gossip Girl‘ season 2 continues Kate’s tribulations as she finally comes face-to-face with Mike’s benefactor in the sixth episode. The episode, titled ‘How to Bury a Millionaire,’ sees the return of a fan-favorite character from the original series as Kate is forced to do something that is against her ethics. Meanwhile, Julien strives to learn the truth about Graham’s past relationship that ended in a divorce, and Zoya must stop a scandal from breaking out. If you wish to catch up on the latest developments in the life of Upper East Side Elites, here is everything you need to know about the ending of ‘Gossip Girl’ season 2 episode 6! SPOILERS AHEAD!

The sixth episode, titled ‘How to Bury a Millionaire,’ opens with Max preparing for his parents’ renewal of vows ceremony, aka their second wedding. Max wants his parents to feel the same love they felt when they first met and takes the responsibility of organizing the entire event. Meanwhile, Julien secretly continues her relationship with Graham. However, when Julien asks Graham to reveal their relationship publically, he denies it and asks for some time. Audrey helps Max with the preparations for the ceremony while Jordan, Kate, and Wendy wait for Mike’s next move. 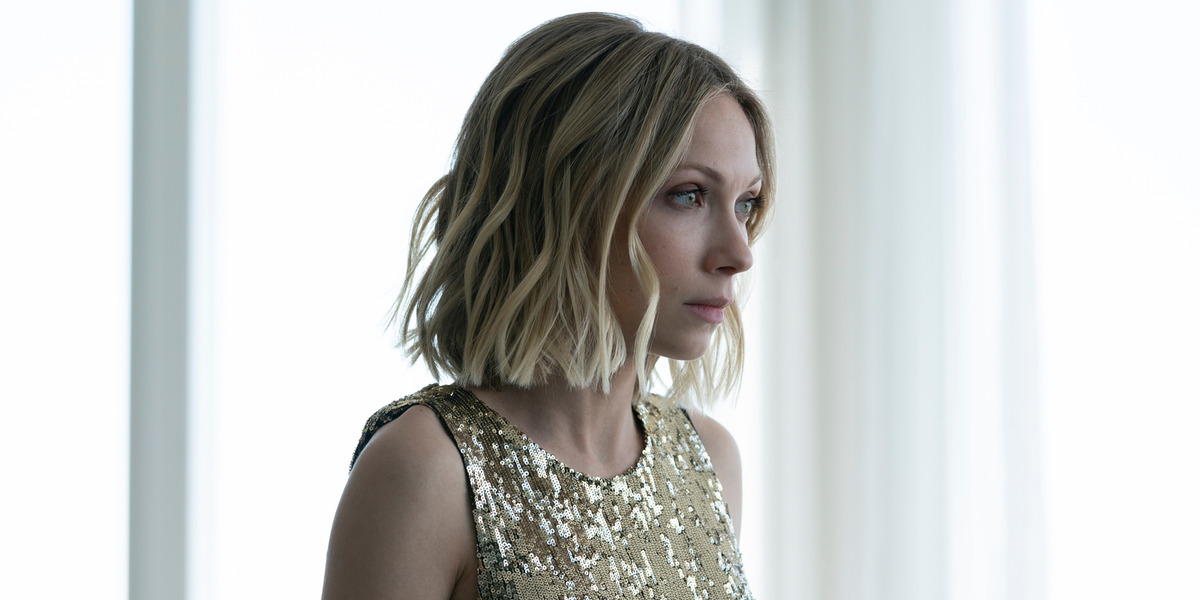 After Max tells his benefactor that Jordan is Gossip Girl, the teachers expect retaliation but haven’t experienced anything abnormal. Kate asks Jordan whether he really has feelings for her, but he denies it under the guise of saving their cover as Gossip Girl. Julien meets Monet and Luna at a party and reveals she has finally secured a brand deal after the public outing of her father’s sexual assault case. However, Luna encourages Julien to get a commitment out of Graham. Meanwhile, Obie pulls some strings to expose his family’s bribery in the Jakarta housing project.

Zoya arrives at the party but realizes that someone is texting Monet, believing it to be her. Zoya discovers that Drew, the guy she slept with, recorded them having sex and shared the sex tape. When other people start texting Monet regarding the sex tape, Zoya offers to rectify the situation. While speaking to Jordan over the phone, Kate is kidnapped at night. Later, Kate wakes up in a Brooklyn Heights apartment and finds herself held captive by Georgina Sparks, a friend of Serena van der Woodsen and Dan Humphrey. She reveals herself as Mike’s benefactor. Georgina deduced that Kate is the brain behind Gossip Girl and forces her to destroy the Wolfe family’s ceremony.

Max struggles to get a wedding venue after their previous booking is canceled at the last minute. Meanwhile, Julien’s brand deal is abruptly canceled, and Luna suspects it is because of her relationship with Graham. Luna discovers that Graham is lying to Julien and hasn’t separated from his wife, Ashley, who is pregnant. Max secures a wedding venue with Audrey’s help while Zoya calls Milo to erase her sex tape from the internet.

Max starts losing her cool at the wedding as Kate’s interventions ruin the ceremony. Zoya meets up with Drew and takes his phone away so Milo can delete the sex tape. However, Milo does not find the video on any server or cloud. As a result, Zoya confronts Drew, who reveals he deleted the video after realizing his mistake. Nonetheless, Zoya is disappointed in Drew and leaves him. Julien invites Graham to the wedding and hires Ashley as Gideon’s hairdresser to expose Graham’s lies. Ultimately, Gideon and Roy renew their vows despite Kate’s interventions but Georgina remarks that the teacher passed the test.

At the episode’s end, Julien confronts Graham by questioning him in front of Ashley. As a result, Graham is forced to reveal the truth. He explains that Ahsley is not his wife. Instead, she is his sister who was assaulted by Julien’s father, Davis, leading to her pregnancy. Since Ashley could not afford legal fees to fight a case against Davis, Graham opted for another way to get revenge. He gets close to Julien so that he can hurt her and get revenge on Davis. 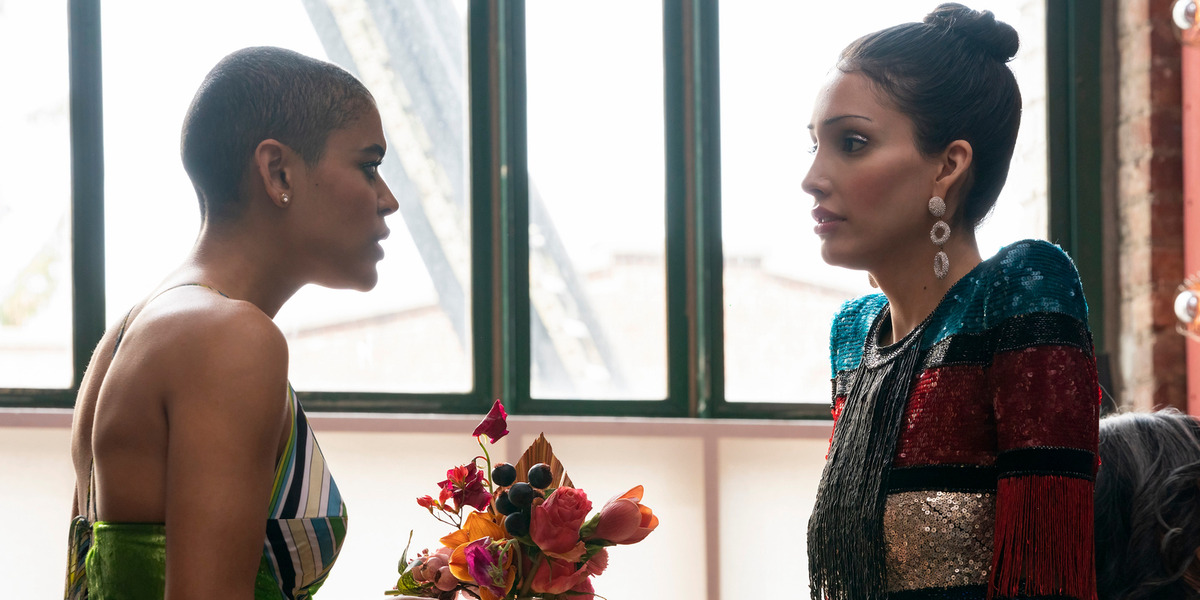 However, Graham admits to having real feelings for Julien. Nontheless, the truth breaks Julien’s heart, and she breaks things off with Graham. Moreover, Luna learns that Julien lost her brand deal because the money she earns goes to an account linked to Davis, and the brand does not want anything to do with the disgraced musician. Later, Julien meets Graham, and the two admit to still having feelings for each other but do not act on them.

Will Kate Work For Georgina?

The cold, calculated, and manipulative Georgina Sparks makes her rand return in the episode. In the episode, Kate finds herself at Georgina’s mercy after the socialite learns about her involvement in Gossip Girl. Georgina forces Kate to destroy Gideon and Roy’s wedding ceremony in exchange for Kate’s freedom. However, that turns out to be merely a test. In the episode’s final moments, Georgina visits Kate’s home and reveals that she wants Kate to work for her. She explains that Gossip Girl is a tool for mass manipulation, and she wants Kate to use it under guidance. Georgina’s commanding presence and gentle threats imply that Kate has no choice but to work for Georgina. However, Georgina’s ultimate goal remains a mystery for now.