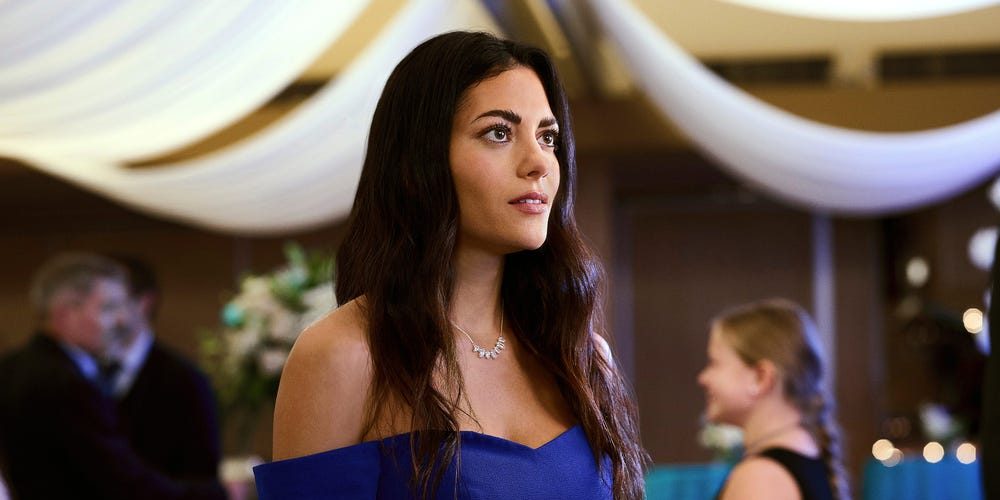 Helmed by Hallmark’s favorite director Mark Jean and based on a story by Donald Martin, ‘Eight Gifts of Hanukkah’ is an endearing and exciting festive-tinted romantic comedy with an air of mystery. The story chronicles the quest of optometrist Sara Levin to find her secret admirer in the festive days of Hanukkah. On the first eve of the festive season, Sara receives a gift from an anonymous wooer. After joining the ever-changing dating scene, Sara has had quite a few liaisons. Thus, she tries to remember all of her previous dating partners to discern the admirer’s identity.

Meanwhile, the gifts keep coming, and Sara rises to the occasion to wear the trench coat of a detective. Will she be able to find her love before the eighth day of Hanukkah? As it often happens, the giver of the gifts may turn out to be someone she never expected to be her admirer. The small-town ambiance of the movie is one worth doting, and the pivotal Hanukkah fundraiser unravels in a giant hall. However, you may be curious about the locations where the movie was filmed. Also, who is in the cast ensemble? Let us find out!

‘Eight Gifts of Hanukkah’ was filmed in its entirety in Canada, especially in the westernmost province of British Columbia. Most Hallmark movies are filmed in Canada, and this title was no exception. The Great White North features a broad range of serene and spectacular landscapes and an array of skilled cast and crew members to ease productions.

Gradually, with the establishment of several cutting-edge production facilities, the country has made its mark in the global film and television industry. Moreover, the tax credit program promoted by the local government comes in handy for the producers. When the aforementioned factors are coupled, the deal becomes irresistible. Let us now take you to the specific locations where the movie was filmed!

Most parts of ‘Eight Gifts of Hanukkah’ were filmed in and around the city and municipality of Langley in southwestern British Columbia. The picturesque city and surrounding township fall under the Metro Vancouver Regional District. The production crew of the Hallmark film shot extensively in the region during their stay in the city. Alice Rose, who plays the role of Daniel’s daughter — Zoey — in the movie, took to her Instagram to share a few dramatic BTS moments with her fans.

Jake Epstein, who essays the character of Zoya’s father Daniel, was not far behind. Once a farm town full of equestrian rumbles, the city is now one of the most important industrial and commercial centers in all of the Lower Mainland region. If you ever visit the Langley, you must take a few nibbles from the cozy eateries that populate the streets. If you are not keen to make a retail transaction, you may try learning how to ride a horse.

In ‘Eight Gifts of Hanukkah,’ Inbar Lavi takes up the role of Sara Levin, while Jake Epstein appears as Daniel. Lavi’s popular credits include shows like ‘Lucifer‘ and ‘Imposters.’ At the same time, you may have seen Epstein in the hit dramedy series ‘Suits.’ Among other prominent members of the cast ensemble, we see Sheila Tyson (Esther), Barry Levy (Stuart), David Kaye (Jacob), and Amitai Marmorstein (Tom).