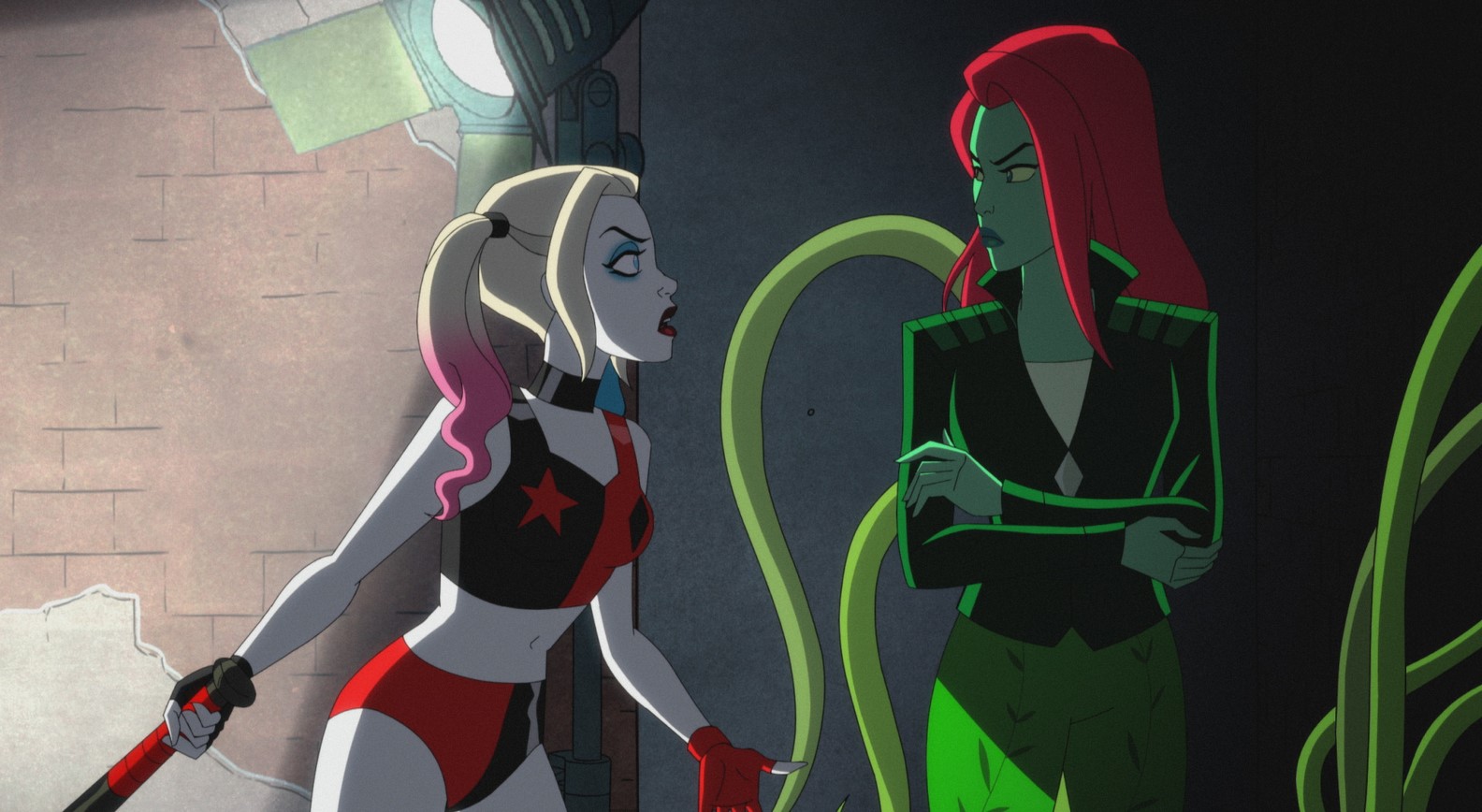 HBO Max’s ‘Harley Quinn’ is an adult-animated series that revolves around the shenanigans that the titular character (Kaley Cuoco) and her crew get into in Gotham and beyond. In Harley Quinn’ season 3 episode 9, titled ‘Climax at Jazzapajizza,’ Bruce shows his newly resurrected zombie parents what he has done to their ancestral home, all giddy and without a care in the world. He doesn’t realize until later that his actions have caused a zombie apocalypse. Although this isn’t part of her initial plan, Ivy (Lake Bell) adapts to the situation and begins taking control of the zombies. Meanwhile, Harley’s transformation to become a force for good continues, and she convinces the Bat-family to let her try to dissuade Ivy from her plans. Here is everything you need to know about the ending of ‘Harley Quinn’ season 3 episode 9. SPOILERS AHEAD.

As the episode begins, Harley, Ivy, Doctor Psycho, and Clayface are at Wayne Manor, bound and helpless. By now, Bruce has already brought back his parents, who died 30 years ago. Nightwing and Batgirl refuse to believe their mentor will do something that puts other people in danger, even though they admit that he has been depressed lately. They are immediately proven wrong when Bruce walks in with Zombie Thomas and Zombie Martha, who don’t exactly look like traditional zombies of pop culture. Instead, their limbs have been turned into tree branches, the result of using Frank, who was only meant to resurrect dead plants.

After Bruce takes the zombies to show them around the mansion, the rest of the Bat-family and Harley’s crew realize that Bruce has inadvertently begun a zombie apocalypse. A group of said zombies break into the mansion and attack the people inside. One of the zombies vomits on Doctor Psycho, and that is how the non-zombies realize that the zombies can transform ordinary human beings into trees by vomiting over them.

Ivy gets Frank back and delves into the Green to see if she can control the zombies through it. Realizing that all the dead in Gotham are back, Clayface leaves, likely to see if Billy Bob Thornton has been resurrected as well. Harley lets Nightwing and Batgirl know that she knows that Bruce is Batman and convinces them to let her help them. Batgirl subsequently takes the motorcycle, Harley the jet, and Nightwing the penny farthing as they venture out into Gotham to stop an apocalypse.

Harley Quinn Season 3 Episode 9 Ending: Why Does Harley Choose to Sacrifice Herself?

While she is in the Green, Ivy speaks to the Swamp Thing, who implores her to use the Green for good, but Ivy has little time for sage advice. She intends to turn Gotham into a utopia without any humans. As she dives into a swirling mass of light, she gains control of the zombies in the outside world and heads toward the jazz concert where the zombies are heading as well. She changes and turns the zombies as she travels.

Meanwhile, Harley, Nightwing, and Batgirl head in the same direction, taking out as many zombies as possible along the way. Soon, they discover Ivy’s plan, and no one is more troubled about it than Harley. As Batgirl and Nightwing prepare to take Ivy out for good, Harley convinces them to give her 10 minutes so she can stop her girlfriend from going through her diabolical plan.

Harley’s initial attempts to dissuade Ivy fail. But when she exposes herself to the vomit of one of the zombies, Ivy has no choice but to abandon her plan and save her girlfriend. Both Harley and Ivy actively make choices in this episode. Ivy chooses to remain a villain, while Harley chooses to become a hero. While this doesn’t mean that they will break up, it does place the two characters on opposite sides of the law.

Why Does the Shark King Volunteer to Kill Zombie Martha and Zombie Thomas? 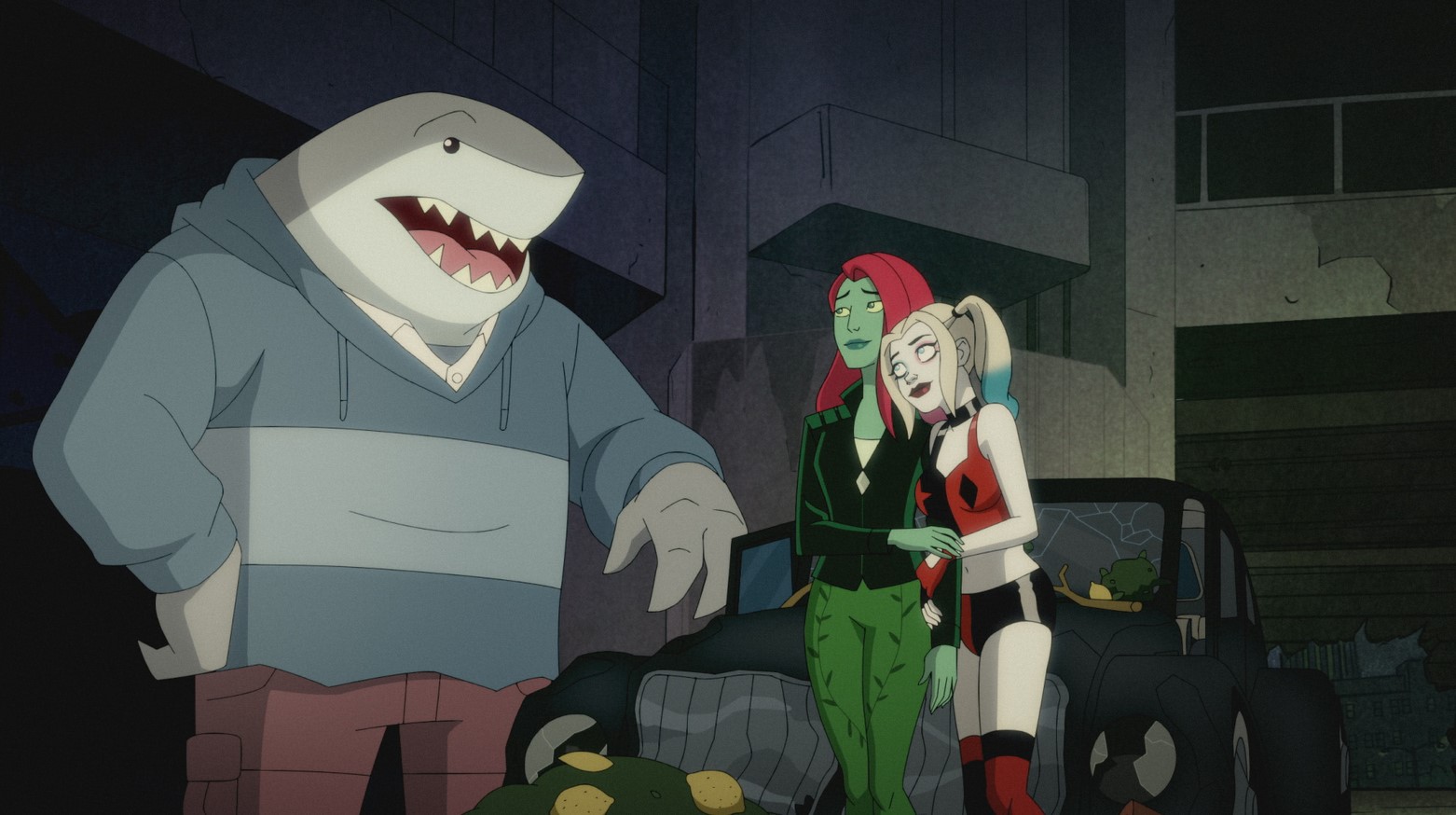 As she leaves to stop the zombies, Harley calls King Shark and asks him to come to Wayne Manor and protect Ivy. However, by the time he gets there, Ivy has already left. Initially, Bruce is combative seeing him there. But when he learns what his actions have caused, he becomes deeply remorseful. His parents’ death is the most definitive moment in Bruce Wayne’s life. It seems that after this failed attempt to bring them back, he is finally learning to move on. Bruce realizes he needs to kill the zombie version of his parents, but the Shark King spares him another 30 years’ worth of trauma by taking over that responsibility.