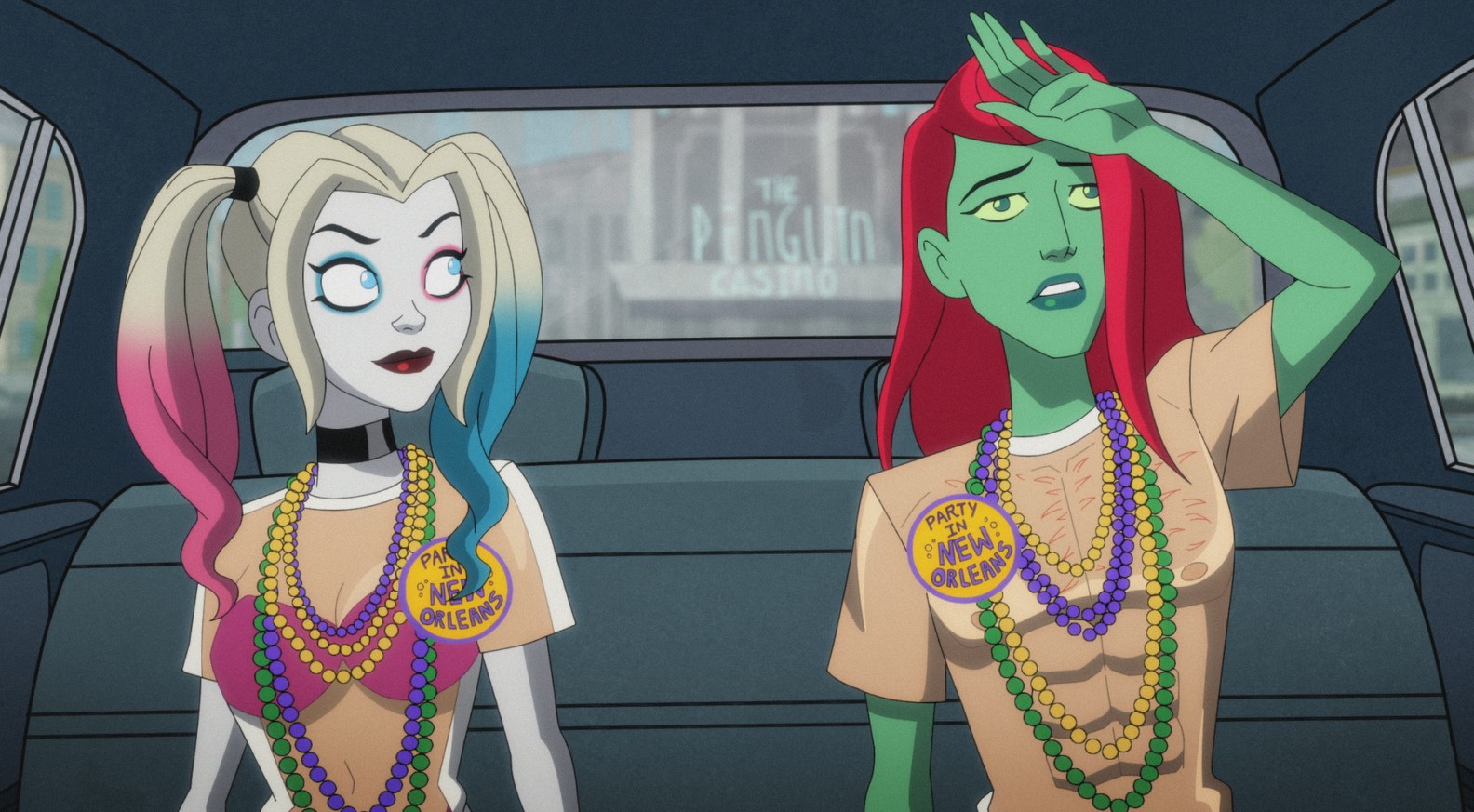 ‘Harley Quinn’ is an HBO Max adult-animated series based on DC Comics characters. After parting ways with the Joker, the eponymous character (Kaley Cuoco) forms her own crew, comprising Poison Ivy (Lake Bell), Clayface, King Shark, and Doctor Psycho. As the series progresses, a romantic relationship develops between Harley and Ivy, while Harley simultaneously edges toward the good side. In season 3 episode 7, titled ‘Another Sharkley Adventure,’ Harley attends a gala to capture Bruce Wayne after learning that the billionaire has taken Frank the Plant. Meanwhile, Nanaue returns to his kingdom after his father’s death and discovers a surprise is waiting for him. Here is everything you need to know about the ending of ‘Harley Quinn’ season 3 episode 7. SPOILERS AHEAD.

The episode begins as Ivy unsuccessfully tries to figure out where Bruce is keeping Frank. Moreover, her repeated trips into the Green have worn her down. Selina, who is back in the apartment, tells Ivy and Harley that Bruce will be at an upcoming gala. He has sent her flowers, gifts, and the invitation to the gala, but she dislikes how clingy he has grown. Talk about unhealthy relationships in the DC Universe! Ivy doesn’t want Harley to go on her own, but she has no choice but to let it happen. She herself is too weak to go. Selina is out of the question and not part of their group. Clayface has Billy Bob Thornton duties, and Nanaue has to go back to the Shark Kingdom following the death of his father, God Shark.

Since they have solved the Riddler’s escape room, Batgirl has concluded that she and Harley are friends, much to the latter’s annoyance. At the Batcave, Barbara thinks that the hat fad is the work of Mad Hatter, but Bruce, who has turned into a full-on rejected lover with a beanie cap, several days’ worth of beard, and a guitar, dismisses her concerns and heads to the gala. Barbara decides to go there as well and runs into Harley. Soon, they are captured by Mad Hatter’s underlings. After realizing who Harley is, Mad Hatter lets her go. Harley initially wants to put as much distance as possible between herself and Barbara, as she keeps denying she is changing as well. However, she eventually goes back to rescue Barbara. Harley ends up killing Mad Hatter. So, she still has a long way to go.

Following the death of his father, Nanaue returns to the Shark Kingdom. He seems to be particularly happy, being finally free of his father’s oppressive presence in his life. He also has no desire to rule the Shark Kingdom and steps aside in favor of his younger brother, Prince Shark. However, right after his coronation, Prince Shark declares that he is selling their kingdom to Ocean Master. When Nanaue protests Prince Shark’s decision, the latter reminds him that he wasn’t here when their father became sick, and Prince Shark had to take care of him,

This perfect example of a typical family drama quickly turns violent when neither brother refuses to back down. They fight, and Nanaue reluctantly kills Prince Shark. With the latter dead, Nanaue will probably have no choice but to accept his duties as the king, something that he has been trying to avoid for a long time. Even in this episode, his concerns for the Shark Kingdom only materialize after learning what his brother intends to do with their ancestral home. The entire thing is a tad hypocritical, but then again, Nanaue is a villain. The last thing one should expect of him is to be consistent.

Why Does Harley Capture Bruce?

Bruce does show up at the gala looking quite presentable. The beard, cap, and guitar are gone. Harley lures in a drunken Bruce by pretending to be Selina and knocks him out by hitting him with a roll of duct tape. As the episode ends, Harley gets an unconscious Bruce to the apartment, and Selina promptly leaves, realizing that it will be a bad idea to be there when Bruce wakes up. One redeeming factor of this relationship seems to be that she doesn’t divulge the fact that Bruce is Batman, though she still leaves him potentially in mortal peril. Ivy will likely go to any length to find out where Frank is, but it is unlikely that she will be able to break Batman.