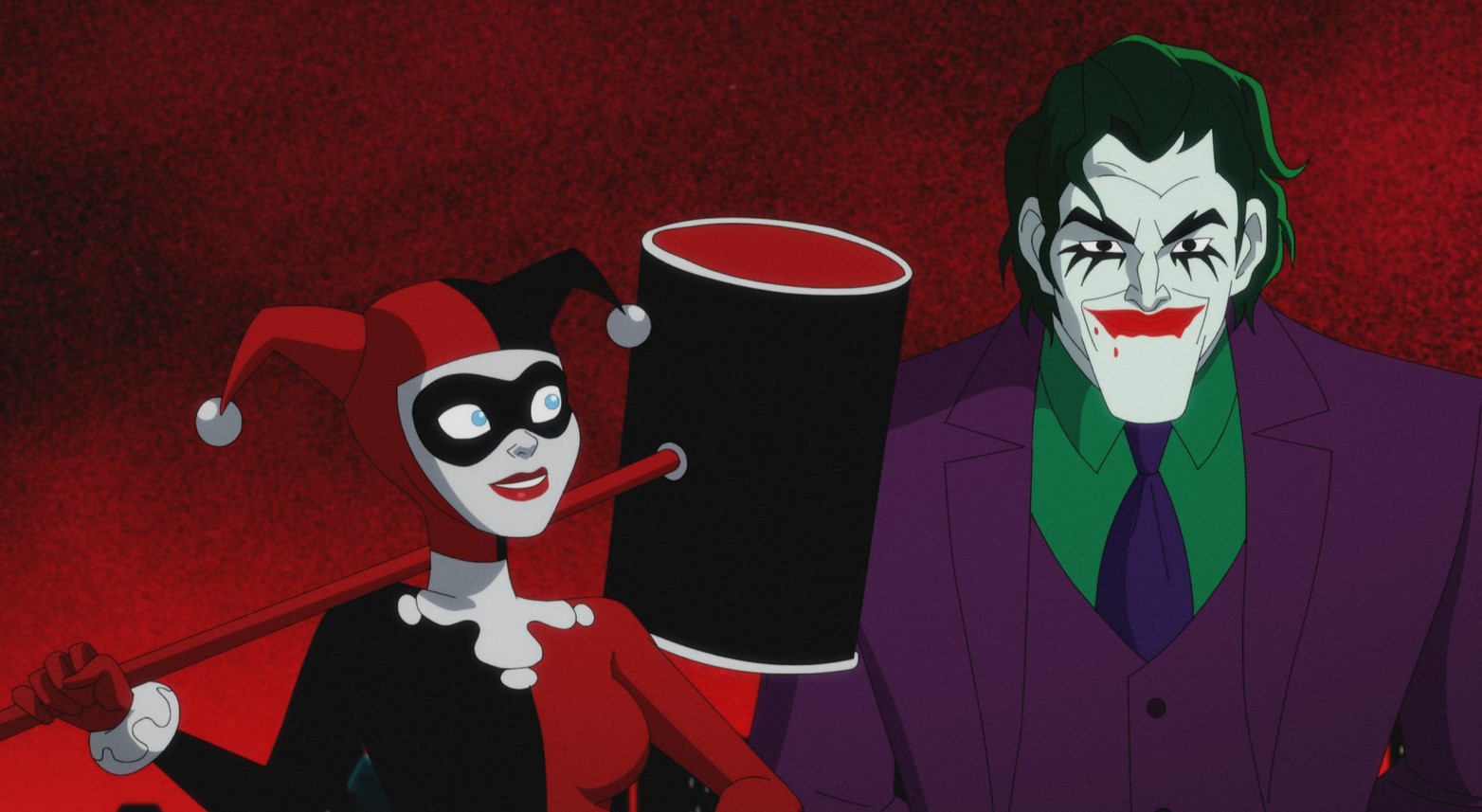 HBO Max’s adult animated series ‘Harley Quinn’ revolves around the eponymous character (Kaley Cuoco) as she parts ways with the Joker and forms her crew comprising Poison Ivy (Lake Bell), Clayface, Doctor Psycho, King Shark, Frank the Plant, and Sy Borgman. In time, a romantic relationship develops between Harley and Ivy on the backdrop of their growing differences in terms of morality and justice. In ‘Harley Quinn’ season 3 episode 10, titled ‘The Horse and The Sparrow,’ Lex Luthor offers Ivy a leadership position in the Gotham faction of the Legion of Doom. James Gunn’s film on Thomas Wayne premieres with Clayface disguised as Billy Bob Thornton portraying the main character. Ivy targets the Joker at Luthor’s request, and Harley helps. However, the latter realizes that she has to come to terms with how much she has changed since she left the toxic relationship with the Joker behind. Here is everything you need to know about the ending of ‘Harley Quinn’ season 3 finale. SPOILERS AHEAD.

The season 3 finale begins right where the penultimate episode ends, with Ivy screaming in frustration after Harley forced her to stop her diabolical plan of terraforming Gotham by putting herself in danger. Of course, this doesn’t seem to impact their relationship, but Ivy does go shopping with just Frank. Lex Luthor contacts her and declares that he is impressed by her recent actions, offering her the chance to lead Gotham’s Legion of Doom and agreeing to all her terms.

Meanwhile, Harley feels awkward about being hailed as the hero by the people of Gotham and Batgirl. She later learns about Luthor’s offer for Ivy and can’t be happier for her girlfriend, though Ivy is surprised by that. Ivy and probably the rest of the crew have noticed the recent changes in Harley, even if she herself hasn’t. To seal the deal with Lex, Ivy has to kill the Mayor, who happens to be the Joker. As Harley asserts that she wants to help, Ivy reluctantly lets her come along.

Meanwhile, with the day of the premiere of the Thomas Wayne biopic approaching, Clayface comes to believe that his talents will not be appreciated. People will think that it is Thornton’s work, not his. At Wayne Manor, Bruce tries to move on from his disastrous attempts to resurrect his parents and from the deaths of his parents as a whole, but the constant reminder of the existence of the biopic doesn’t let him. After receiving an invite, he decides to ask Selina to go with him to the premiere. Elsewhere, Harley and Ivy decide to abduct and kill the Joker while he is attending the premiere.

Harley Quinn Season 3 Finale: Do Harley and Ivy Stay Together?

Although ‘Harley Quinn’ never lacks action, fun, violence, and adult humor, the show is ultimately about the evolving relationship between Harley and Ivy. They start off as friends and later become lovers. This season, the romance between Harley and Ivy transcends the usual constraints of a relationship, demonstrating that two people can stay together even if there are fundamental differences between them. The only things needed for a healthy relationship are respect for one another and their spaces.

Outwardly, Harley seems quite willing to kill the Joker, but as the latter notes, she forgets to bring her bat from the limo with her, and Harley never forgets her bat. When Harley returns, Ivy confronts her and asks her whether Harley really wants to kill the Joker.

In the course of the series, Harley has been on an incredible journey, constantly evolving into a better version of herself. In the beginning, because of her toxic relationship with the Joker, her sense of individuality was almost non-existent, as demonstrated by the costume she wore. But now, at the end of the third season, after undergoing enormous character development, she becomes a hero and a member of the Bat-family. Meanwhile, even though she hasn’t killed the Joker, Ivy is quite certain that Luthor will not rescind his offer.

Even though they are now on opposite sides of the law, Ivy and Harley are stronger than ever as a couple. They confront some issues plaguing Harley’s mind, stemming from her past and insecurities, and overcome them. Showrunners Justin Halpern and Patrick Schumacker said to multiple outlets before the release of season 3 that they have no intention of breaking Ivy and Harley apart, and so their relationship is here to stay.

Why Is Bruce Arrested?

The title of the season 3 finale, ‘The Horse and The Sparrow,’ refers to a late nineteenth-century economics concept. It is an older variation of the trickle-down economy and argues that if one feeds the horse enough oats, some will pass through to the road for the sparrows. In ‘Harley Quinn,’ this phrase refers to the complex relationship the Wayne family has with Gotham. Although the show tries to establish that Bruce doesn’t help Gotham in his capacity as a billionaire, that is not remotely true. In the show, the Joker has him arrested for tax evasion. Nightwing and Batgirl later inform Bruce that arrangements have been made to get him out of jail, but Bruce tells them that he intends to serve his time.

The last few months have been terrible for Bruce and his mental and emotional states, especially the self-inflicted horror involving the resurrection of his parents. This time away from his beloved city might actually prove to be good for Batman. In his absence, Batgirl becomes the leader of the Bat-family, and Harley joins them.

Read More: What is Iden in Harley Quinn, Explained