What is Iden in Harley Quinn, Explained 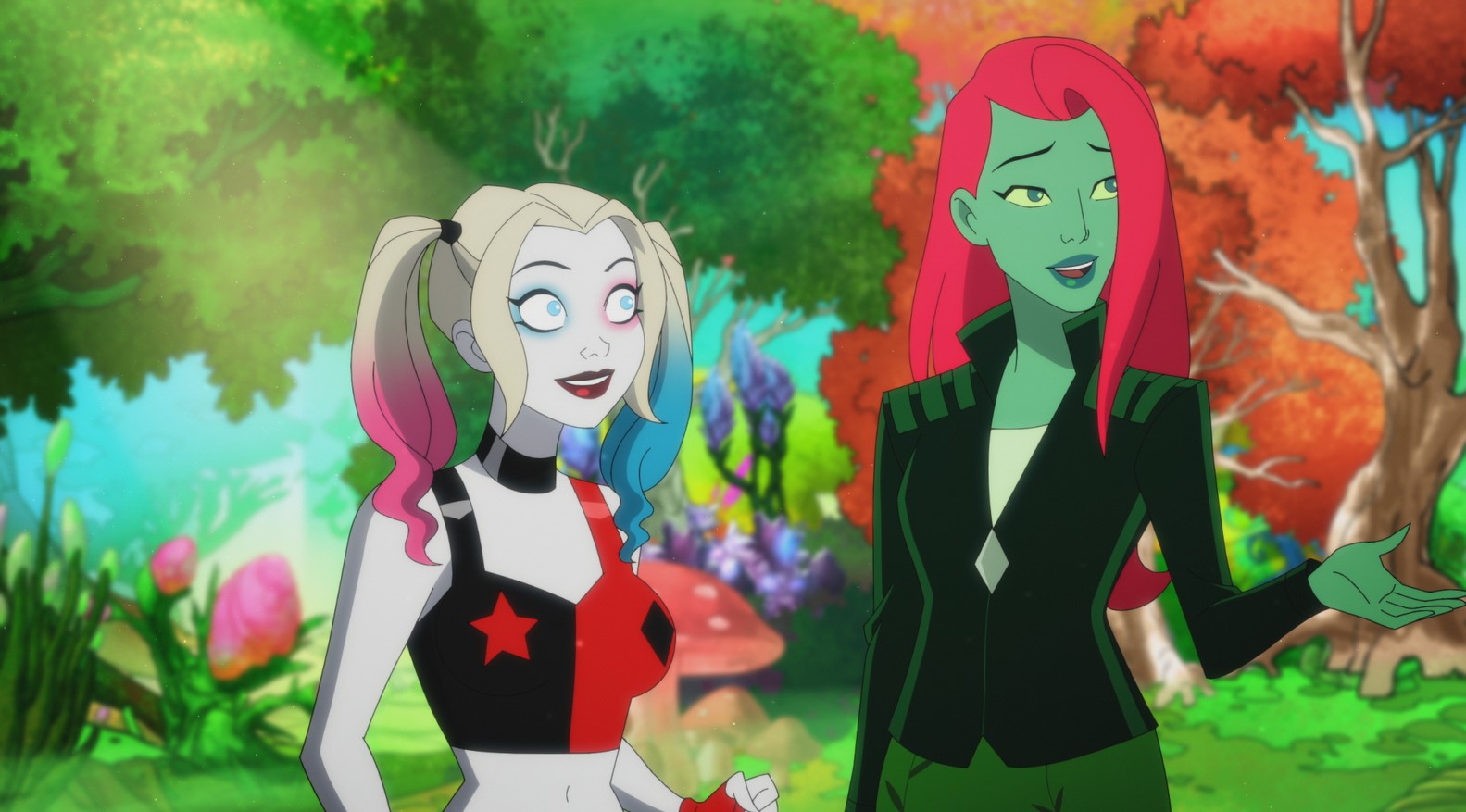 Developed by Justin Halpern, Patrick Schumacker, and Dean Lorey, ‘Harley Quinn‘ is an adult animated series about the titular character (Kaley Cuoco) and the mischiefs and misadventures she gets into alongside her best friend turned girlfriend Poison Ivy (Lake Bell) and the rest of her crew. Season 2 of the show ends with Harley and Ivy kissing and driving off into the sunset with police cars chasing after them. Their intermediate activities between the two seasons are covered in the comic ‘Harley Quinn: The Animated Series – The Eat. Bang! Kill.’ As season 3 begins, it has been only two weeks since the girls took off from Ivy and Kite Man’s doomed wedding. To surprise her girlfriend, Harley takes her to Iden, a patch of land Ivy previously tried and failed to terraform the world with prehistoric plants. Here is everything you need to know about it. SPOILERS AHEAD.

What Is the Significance of Iden?

If the first three episodes are any indication, Iden will play an important role in the third season’s plot. In episode 1, titled ‘Harlivy,’ we learn that Ivy and Harley have left a long trail of destruction, crime, and violence in their wake. This is expected; they are supervillains, after all. However, Ivy has grown wary. Realizing this, Harley takes her to the location where she knows that Ivy has created a forest of prehistoric plants.

However, instead of cheering up, Ivy becomes depressed as Harley has inadvertently forced her to acknowledge her failure. As Ivy explains, her idea was to terraform the Earth using prehistoric plants. She named it “Iden” with an i for Ivy. Despite devoting considerable time into it, Ivy could not grow the forest more than an acre. Harley encourages Ivy to appreciate her own work, which she does. But ironically, Harley’s actions eventually lead to the complete destruction of Iden.

In episode 2, titled ‘There’s No Ivy in Team,’ Harley has convinced Ivy to let her help in realizing her (Ivy’s) diabolical plans. They return to Gotham, and Ivy begins working on the Iden serum. The first two efforts turn out to be utter disasters. Ivy even blows up the crew’s home in the second attempt, during which Frank the plant undergoes a mutation, seemingly gaining the ability to fly. 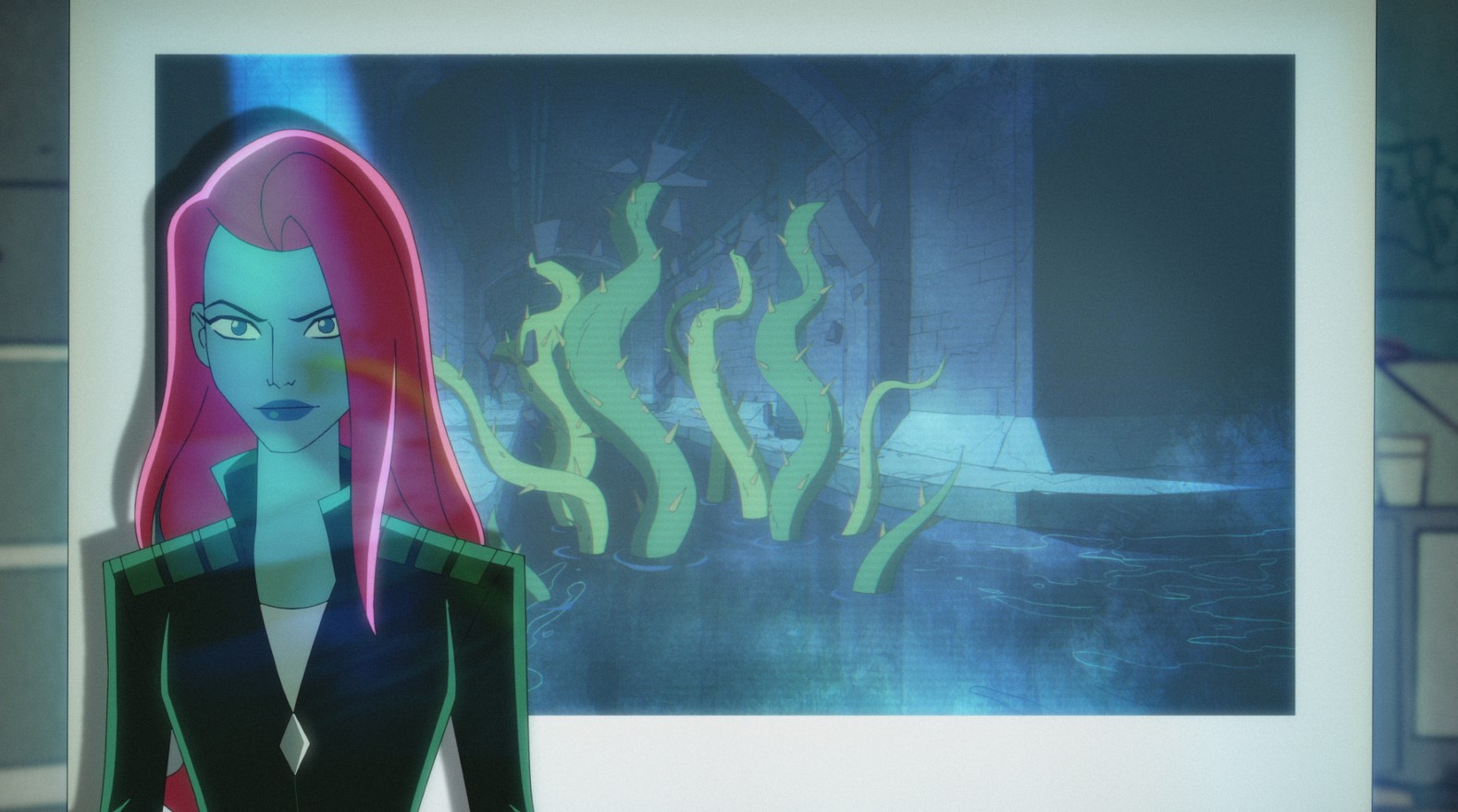 In her efforts to show Ivy how much she cares about her, Harley repeatedly asserts her support for her girlfriend’s plans. It appears that Iden will be closely associated with the development of Ivy and Harley’s relationship in the third season. In the first two seasons, the girls got away from their respective bad relationships. Harley’s relationship with the Joker was downright toxic. Although that wasn’t the case with Kite Man and Ivy, their relationship wasn’t between equals. That seems to have changed for both of them in the third season. Ivy is with Harley, whereas Kite Man is with his new girlfriend, Golden Glider.

Throughout the series, Ivy has relatively been the voice of reason among her insane teammates, especially in comparison to Harley. This season seems to flip the script and make Harley the reasonable one. While this season will likely end with Ivy and Harley becoming stronger than ever as a couple, the hints of contention in season 3 can potentially set up a major conflict between the two characters in future seasons. Sowing the seeds, as they say.