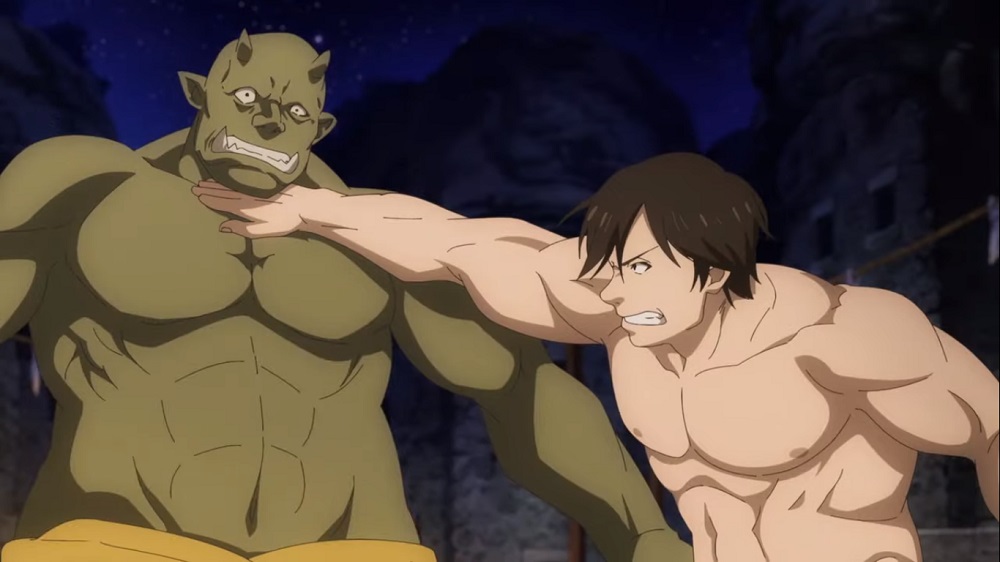 ‘Kemono Michi Rise up’ is yet another Isekai anime and as much as I despise shows of this genre, it’s surprising to see that at least some anime are trying to take a new creative approach. Unlike most Isekai anime that revolve around a hero saving a world he is summoned to, ‘Kemono Michi Rise up’ defies the common norm and presents a story where the hero refuses to fight the monsters of his new world. Coming from the writer of the ‘KonoSuba‘ manga series, this anime adaptation is probably one of the best comedy shows of the season.

The animation style and quality seem to be pretty good and the action scenes are fun to watch. ‘Hataage! Kemono Michi’ is obviously not be for everyone because being an Isekai, it certainly has recurring Harem tropes that bug some viewers. But anyone enjoys absurd comedy anime shows that have some decent action, this is the show you must watch this season. If you’ve watched the season 1 and you’re wondering, if there will be Kemono Michi Rise Up season 2, read on.

When Will Kemono Michi Rise up Season 2 Release?

As far as the next season goes, here’s what we know.  Illustrated by Yumeuta and Mosuke Mattaku, and written by Natsumi Akatsuki, the manga on which the anime is based was first published on November 26, 2016 and to date, it has a total of 4 volumes. Considering the anime adapts all the volumes of the manga, we will have to wait for the next set of mangas to be written. Which means you can only expect Kemono Michi Rise up season 2 to release sometime in 2021.

Shibata Genzo is known for his exceptional wrestling skills and he is also a big animal lover. When an alternate world is threatened by evil beats, he is summoned by a Princess who asks him to get rid of all the evil forces who are trying to take over her world. But being the animal lover that he is, the idea of killing monsters really pisses him off and he instantly suplexes the Princess. Soon he realizes that he will not be able to go back to his normal world, so to make the most out of his time, he gives up on wrestling and starts his own monster pet shop.

Carmilla is the Princess of a supernatural world where Shibata is magically summoned. Carmilla asks Shibata to eliminate all the monsters who are trying to take over her world, but to her surprise, instead of helping her out, Shibata suplexes her to the ground. Carmilla soon learns about Shibata’s motive of grooming the monsters as pets instead of destroying them and even starts to support his cause. In appearance, she is a cute young girl who has bluish white hair and big light blue eyes. She is partially an animal herself and has dog-like ears on her head. She also has a long tail and is usually seen in a blue and white dress along with white stockings. She is quite cheerful and has a big smile on her face almost all the time.

Genzou Shibata is the main protagonist of the series who is a very powerful wrestler. In the normal world, he is easily able to destroy all of his opponents and has never been defeated by anyone. He is heavily muscular and his level of athleticism is unmatchable. He has light brown hair and he never really wears anything except for a pair of boots and black underpants. He also sports two armbands on both of his huge biceps. Shibata is initially assigned the task of destroying monsters but after he realizes that these monsters are more or less like animals in the normal world, he decides to befriend them. He even opens a pet shop much later and vows to live his life peacefully in this new world.