‘Hawkeye’ takes off with a special two-part premiere event that packs plenty of punch. It introduces the audience to Kate Bishop (Hailee Steinfeld), a young girl inspired by Clint Barton/Hawkeye (Jeremy Renner). Meanwhile, Clint is spending quality time with his children and living a quiet everyday life until his path crosses with Kate.

In the second episode, the expert archers find themselves embroiled in a series of colorful crimes. There’s stolen suits, crazy ninjas, sensitive mafias, a pizza-loving dog, a whole lot of chaos, and plenty to unpack in the episode. So, without wasting any more time, let’s dig into the episode’s events and dissect the ending of ‘Hawkeye’ episode 2! SPOILERS AHEAD!

The second episode of ‘Hawkeye’ is called ‘Hide and Seek.’ It opens with Clint realizing that Kate is masquerading as Ronin after stealing the suit from a black-market auction. The duo arrives at Kate’s apartment, and the young archer gushes over her idol. However, their conversation is cut short when the Tracksuit Mafia arrive outside Kate’s building and fire Molotov Cocktails at her apartment. The duo repels the mafia, but the apartment catches fire. Kate and Clint escape with the Pizza Dog, but Clint is forced to leave the Ronin suit behind.

Realizing that her recent actions have made Kate a target for the Tracksuit Mafia, Clint decides to take her to a safe place. After leaving Kate at her aunt’s apartment, Clint goes to retrieve the Ronin suit. However, by the time he gets to the building, the suit is gone. Clint returns with a clue in the form of the NYC LARPs, a roleplaying group. He tracks down the group of roleplayers and manages to get the suit back from a firefighter named Grills, who took it.

Meanwhile, Kate returns to working at her mom’s company Bishop Security and tries to dig into Jack’s life. She believes he is hiding something. Kate agrees to have dinner with her mother and soon-to-be stepfather in order to figure out Jack’s true intentions. After realizing that Jack was present on the scene during Armand’s death, she tries to contact Clint.

On the other hand, Clint allows the Tracksuit Mafia to capture him so that he can clear Kate’s name from the Ronin business and put the whole matter behind him. Kate tracks Clint using Bishop Security’s system and swoops in to save him. However, Kate’s entry lands herself and Clint in more trouble.

Hawkeye Episode 2 Ending: Who Is the Leader of the Tracksuit Mafia?

In the final act of the episode, Clint is interrogated by the Tracksuit Mafia. The gang believes that Kate is Ronin, one of their most hated enemies. However, that is only half the truth, as Clint is the real Ronin who posed trouble for the Tracksuit Mafia and other organized crime outfits a few years ago. Therefore, he must clear Kate’s name so that his identity as Ronin can remain a secret. In order to do so, he wishes to meet the gang’s leader. However, Clint’s plan is foiled when Kate arrives at the scene. In the end, the mafia capture both Clint and Kate and one of the thugs inform a woman about the same. 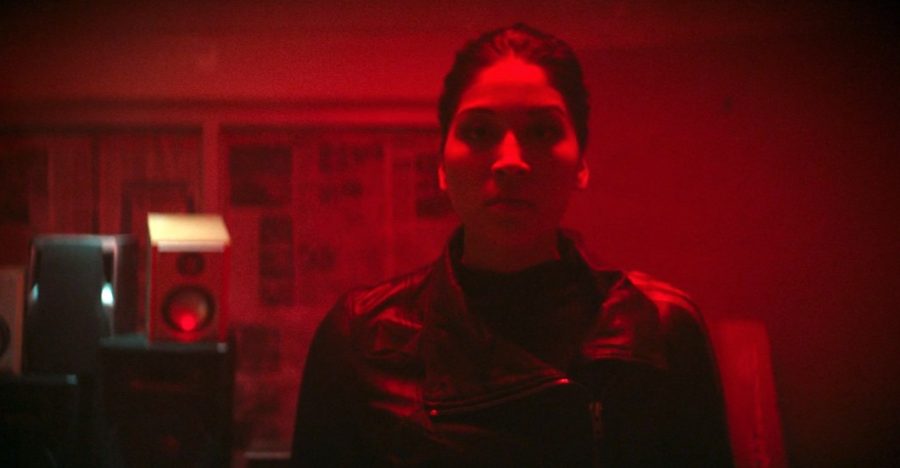 Although it isn’t explicitly stated the woman is the gang’s leader, she appears to hold some authority over the gang members. The woman in question is none other than Maya Lopez, better known in the comics as Echo. A highly skilled assassin, Maya is the adoptive daughter of Wilson Fisk/Kingpin in the comics. Therefore, Fisk could be revealed as the leader of the Tracksuit mafia in the upcoming episodes. However, the leader could also be Maya’s birth father, Willaim Lopez, or Ivan Banionis, a Russian slumlord who serves as the gang’s leader in the source material.

What Is Jack Hiding?

In the previous episode, we learn that Jack Duquesne purchases the sword belonging to Ronin, an event that Kate secretly witnesses. After seeing Armand’s dead body stabbed with a sword wound, she suspects that Jack had a hand in his death. Kate’s suspicion is proven true when Jack offers her the same monogrammed candy that she saw at Armand’s death scene.

Jack is supposed to inherit Armand’s wealth after his death which gives him a strong motive to kill his uncle. Therefore, Kate tries to pressure Jack into slipping and revealing a clue. She and Jack speak about their shared interest in swords and also face off in fencing.

Kate proves that Jack is lying about his skills with a sword. This is, of course, a reference to Jack’s comic book counterpart, better known as the Swordsman, who is also Clint’s mentor. Whether or not this aspect of Jack’s story from the pages of Marvel Comics plays out on the screen remains to be seen. However, he is clearly hiding his involvement in Armand’s death and overall connection to the black market auctions.

Read More: Where Was Hawkeye Filmed?