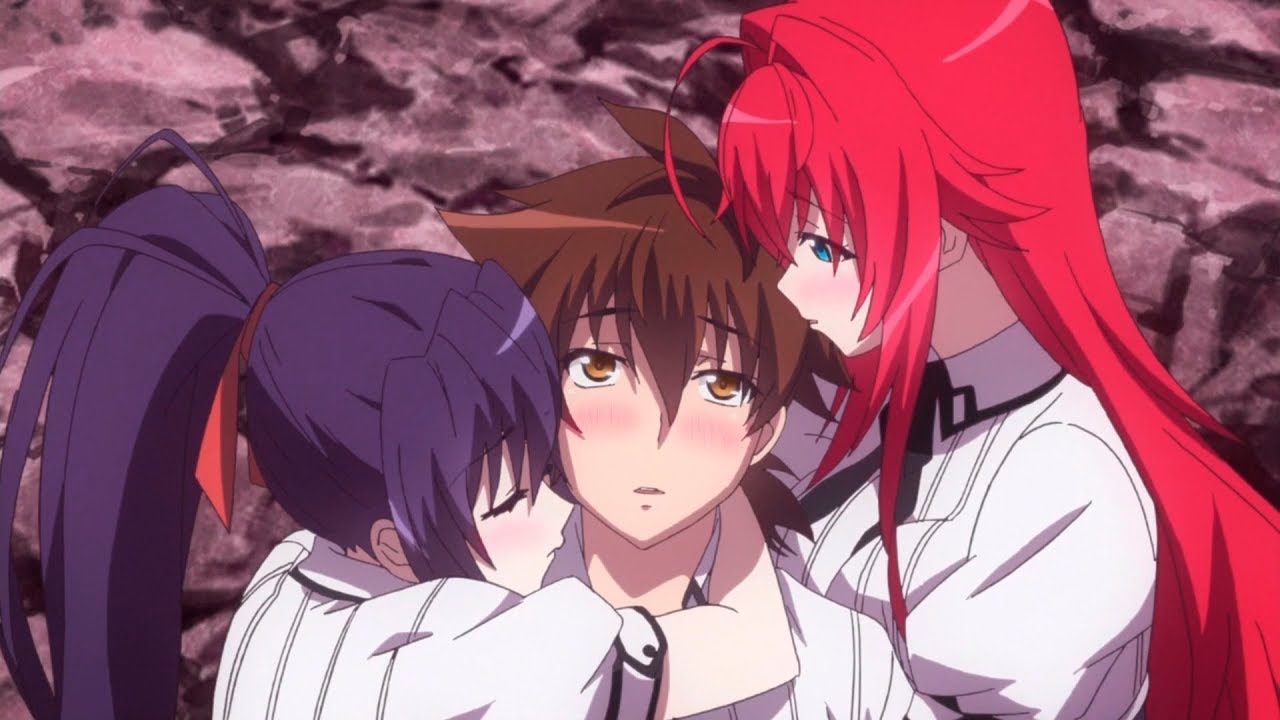 The Highschool DXD light novels written by Ichiei Ishibumi were deeply appreciated by a lot of fans. One fan loved it so much, he wrote a whole thesis on Reddit about the whole light novel series. The show adaptation of these novels had a solid start with the first and second season but the fans were very upset when the third season started drifting away from the original storyline. After three years of this disastrous ending of the third season, the creators finally decided to come up with the fourth season of this one and clearly this break was much-needed. After leaving a very bad taste in our mouths after the third season, this was the anime’s last chance to resurrect itself.

The reason why the first two seasons worked out so well for the show was because of its slow and significant coverage of the first four novels instead of squeezing down the story of an entire novel in one single episode. The anime studio TNK tried to squeeze three novels for the third season but that’s not the only part they went wrong with. What pissed off the fans a lot more than this was the original anime ending of this season.

Thankfully the creators took the show’s downfall as a cue and decided to mend the destruction they had caused. The fourth season is now produced by a very different anime studio that goes by the name Passione and is a fairly new studio with only a few renowned animes like Rokka: Braves of the Six Flowers and the Citrus anime adaptation. Two major changes are made to this new season of the anime. The first change is the in its art style which is now very similar to that of the light novel illustrator Miyama-Zero and the second major change to this is the introductory Episode 0 of the season which was Passione director Yoshifumi Sueda’s idea.

This new beginning to the season is not merely a recap to the previous season but it almost puts some of the last few episodes of season 3 completely out of existence. The director understood that drifting away from the novels have not done the show any good and this is his attempt to bridge the gap between the third season and the fourth season of ‘Highschool DXD Hero’ that will continue following the 9th and the 10th volume of the light novel series.

‘High School DXD Hero’ season 4 premiered on April 17, 2018 and continued its run till July 3, 2018, with a total of 12 episodes each 23 minutes long. A season 5 for this anime series is definitely not out of the question and will be an adaptation of the  11th and 12th volume of the light novel series. High School DXD Hero Season 5 is reportedly releasing in 2020 but no confirmed dates have been given yet by Passione Studio.

The show starts off with a calculated construction of the first half around the 9th book in the light novel series. We first get to meet a fox girl who goes by the name Kunou and after a big altercation, she pleads for Issei to help her save her mother. The premise of this that follows is pretty simple and predictable as Issei and his friends realize their responsibility and help Kunou. But somewhere it just feels like this one lacks something if compared with the whole high school feels of the first two seasons. The drama here gets really serious but somehow you still don’t find yourself caring too much about Kunou’s situation or her problems. The first few episodes come off a little forced with respect to the drama but that’s when the fan service of the show comes in and gives Issei a face of some booty and skinship. Even though a lot of characters from the main cast like Rias are missing, the native personalities of Xenovia and Irina make up for it. The anime show definitely stays loyal to its fan service and that adds a whole new aspect of fun to it. It proves that ‘High School DXD Hero’ is willing to take risks and also will never cease to entertain with at least the creativity part of it.

The second half of the season covers the 10th book and slowly starts shifting on the right path all over again. Finding its way back to its roots you start experiencing the familiar mood that you had just yesterday while watching the first two seasons. Most fans of this show would remember that the franchise had started off with a “Rating Game” that has always been the central element of storytelling. This time the stakes in the rating game are very different and are all about pride now. Emotionally, Issei still is all dark inside and fails to feel anything at all. Issei and Rias’s relationship has had the prime focus of the show since the beginning itself and fans have always been looking forward to what the future holds for them. But in one episode Rias gets all vulnerable and expresses her feelings to Issei, to which she gets a very dull and disappointing response from Issei. This will surely let down the hopes of a lot of fans out there.

This season came out after a very long time so just to get the viewers all familiar with the rules of the rating game there were instances of exploitation of the rules. The show does catch up to its full potential midway through the season but the battles still seem to be a little bit of a weak point. By the end of the season, Issei himself challenges Sairaorg and the rivalry between them gets even more serious. If only this had picked up earlier during the show, the battles and the action overall would have been much more interesting.

One major change in this season has been the style of animation that was taken up by Passione Studios. Undeniably this new style of animation will take some getting used to because of its less detailing on the fan service side of the characters. The character development and personalities have improved greatly especially for Issei and Rias. You can actually see a lot of changes in the detailing of Rias’s personality every time she is around Issei. Here it becomes very clear how she emotionally feels about Issei. Even her voice mannerism implies that she is all in for him and this is something that went unnoticed in the previous seasons. The theme songs are the same as they always were and will be something most of the viewers will be familiar with.

Overall, the show does manage to step up a little after the extremely disappointing third season. It can be clearly noticed that drifting back to the original story has done the show some good. But I would be lying if I said that this one is par with the first two seasons. ‘High School DXD Hero’ has managed to take a step towards improvement but it still isn’t enough to come even close to the kickass beginning of it. The plot is too simple and easy to predict throughout and the action feels as dull as ever. The interesting part is that it tries to experiment with Issei’s character and brings out his darker side which surely does test our level of patience. Issie deserves a beating for treating Rias the way he did and we would all agree with that. For all the diehard fans of the show, the fourth season is definitely worth watching and it’s also good to see that its much less of a disappointment compared to the third season. The fun element of the show is still intact and that’s what it has been about all along, hasn’t it? Hopefully, it’ll keep stepping up its game in the coming seasons as well and what we saw in the third season will never be repeated.

So to sum it all up, this season of ‘High School DXD Hero’ is indeed worth watching because at the end of the day it does manage to do what it sold in the first place and that is to give us some silly Ecchi humor with a lot of charm. On a scale of 1 to 10, this one surely deserves a solid 7 and if you haven’t this one yet, then you should surely give it a go.

The English dub of all the episodes of this season can be found on Funimation. Make sure you watch the uncensored version of this one otherwise what’s the point of even watching it.