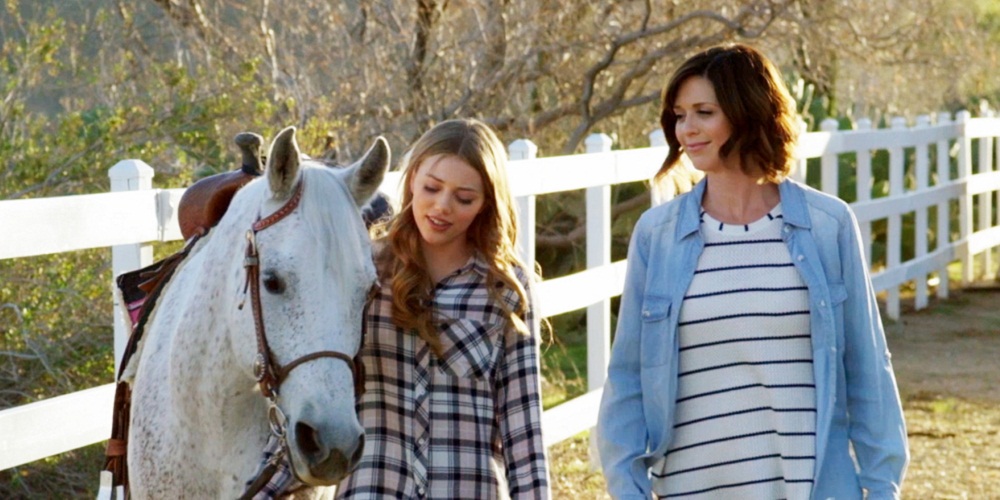 We all have days when we agonize everything and feel extremely low. It’s on days like these when we need a quick motivational fix through uplifting movies like ‘Hope Ranch’ (originally titled as ‘Riding Faith’). ‘Hope Ranch’ centers around Rebecca and her rebellious young daughter, Grace, who still struggles to get over the death of her father. Adding more heft to Rebecca’s problems is the fact that the family ranch they hold so close to their hearts is about to be closed. With its well-tailored storyline, the film not only inspires you to defy all odds and keep going but also incites you to travel with its stunning visuals and hilly backdrops. So further down in this article, we’ll be revealing the list of locations where it was shot.

Although there hasn’t been enough information regarding the movie’s filming locations, its cast and crew have been keeping their fans updated through social media. Considering all the geotagged pictures that we’ve acquired from these official social media accounts, we’ve been able to deduce that the movie’s filming took place in three major locations in Califonia: Laurel Canyon, Los Angeles; Simi Valley; Agua Dulce.

Laurel Canyon is located in the Hollywood Hills region of the Santa Monica Mountains. Going by the film’s setup, we can gather that its filming was predominantly carried out in and around the Laurel Canyon Ranch which, with its scenic hilly backdrops and rural homes, seems perfect for the movie. Below, you can find some geotagged pictures of the location, out of which many have been posted by Marisa Brown, who is among the leading cast members of the movie:

Lying in the southeast corner of Ventura County, Simi Valley is a part of the Greater Los Angeles Area. Just like Laurel Canyon, the Simi Valley city is surrounded by breathtaking views of mountains and hills and also has a good reputation among filmmakers because of its favorable permitting policies. And since it is in close proximity to Los Angeles, many films and shows like ‘The Big Lebowski‘, ‘Captain America: The First Avenger‘, and ‘NCIS‘ have been filmed here.

Here are a few more geo-tagged images posted by Marissa Brown from the sets of the movie in Simi Valley:

The third and final filming location of the movie is a “census-designated place” called Agua Dulce in Los Angeles County; not to be mistaken as Agua Dulce in Peru. Similar to the two locations mentioned above, nothing much about the movie’s filming in this thinly-populated region has been revealed. However, even for this location, we have some geotagged Instagram pictures, most of which have been posted by Marissa Brown. Check them out below: