How Did Hector Salamanca End Up in a Wheelchair? 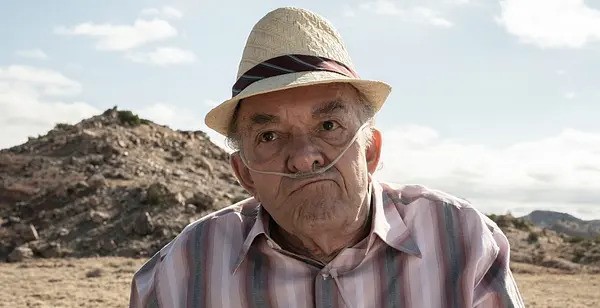 Hector Salamanca (Mark Margolis) is one of the most ruthless antagonists in the ‘Breaking Bad’ franchise. In the original series, he is first introduced in season 2 episode 2, titled ‘Grilled,’ as Tio Salamanca, Tuco’s uncle. By then, Hector is already using a wheelchair and communicating with his bell.

The prequel series, ‘Better Call saul,’ gives context to his character by showing him when he was healthier. Hector is a sadistic and cruel high-ranking member of the Juárez Cartel. In season 6 episode 3, titled ‘Rock and Hard Place,’ Nacho declares that he was the one who switched Hector’s pills and caused his stroke, basically making him use a wheelchair for the rest of his life. If you are wondering whether this is true, we have got you covered. SPOILERS AHEAD.

How Did Hector Salamanca End Up in a Wheelchair?

Hector comes to Albuquerque after Tuco’s arrest and tries to convince Mike to tell the authorities that the gun that Tuco brought to their altercation actually belongs to him. As the series progresses, Hector’s deep-seated hatred for Gus Fring and his organization starts to manifest. Hector — not incorrectly —mentions that his family has bled for the cartel, but Don Eladio Vuente increasingly starts preferring the methods that Fring employs to get drugs into the US over those of Hector, making the latter desperate and angry.

After his regular transporter is killed, Hector threatens Fring, telling him to make room in his chicken trucks so that Hector’s drugs can be transported. Realizing that this can’t be a permanent solution, Hector tries to find another way, setting his eyes on Nacho’s father Manuel Varga’s upholstery business, much to the objection of Nacho. When he speaks to Manuel about it, the latter refuses and throws Hector out of his garage, earning the other man’s enmity.

According to Mike, Hector takes nitroglycerin capsules for his heart conditions. As Nacho realizes that Hector wants to force his father into becoming his drug mule, he decides to act. He comes up with a plan to replace Hector’s pills with fake ones. He tells Mike about this, who says that he will not interfere and suggests that Nacho should put the original pills back in Hector’s pocket to avoid suspicion.

Now, it is heavily implied in season 3 episode 8, ‘slip,’ that the substance that Nacho puts into the fake pills is ibuprofen. However, right before his death in season 6 episode 3, Nacho announces that he switched Hector’s heart meds with sugar pills. Either way, it doesn’t initially show any effect despite Hector taking those pills while experiencing heart issues, making Nacho increasingly worried.  In season 3 episode 10, titled ‘Lantern,’ Hector becomes enraged after learning that Eladio now wants to use Fring’s routes exclusively to transport the drugs and seems to suffer great chest pain. He takes the pills and apparently has a heart attack. However, he doesn’t die as Fring performs CPR and revives him.

In season 4, we learn that Hector had a stroke. Fring sends doctors and specialists to take care of the older man, but it is revealed this is all part of his elaborate plan of revenge against the man who killed his friend and partner Max Arciniega. He ensures that Hector’s mind is completely healed but stops the therapy before progress can be made with his body, virtually leaving him trapped. This foreshadows the relationship that the two of them have in ‘Breaking Bad,’ where Fring keeps Hector alive so that he can taunt him with his victories.