‘Alter Ego’ is a singing reality series hosted by Rocsi Diaz, which gives the contestants a chance to exhibit their musical talents but with an added twist. The participants appear as a virtual 3D avatar in front of the judges during their performance. Each of the avatars has a unique design and reflects the personality of the contestants. We are sure viewers must have questions about this mind-blowing format and how it is actually executed. If you wish to know the behind-the-scenes workings of ‘Alter Ego’ and how the avatars are created, here’s everything you need to know!

How Does Alter Ego Show Work?

In ‘Alter Ego,’ judges Alanis Morissette, Nick Lachey, Grimes, and will.i.am judge the contestants’ performances in a studio with a live audience. However, unlike most singing reality shows, the contestants aren’t actually present on the stage during the performance. Instead, the participants appear as colorful avatars that represent their personalities. 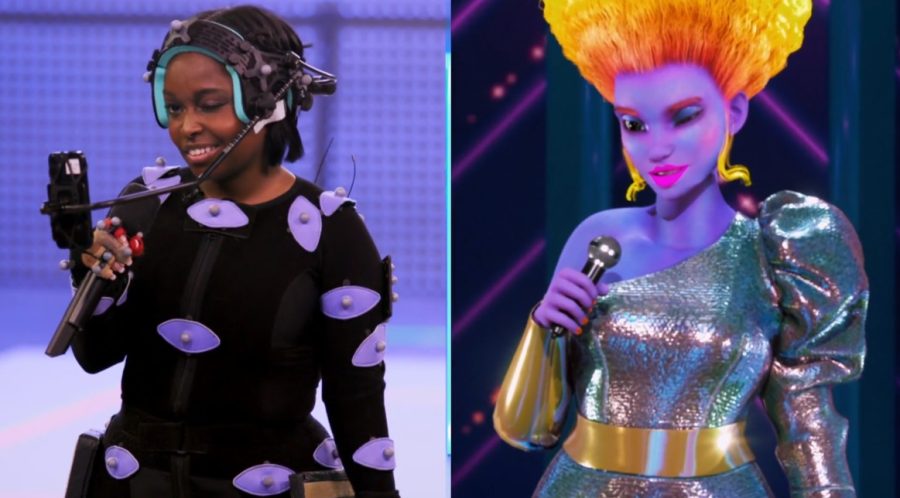 Contestants from all walks of life participate in the competition against one another as they eye the grand prize of $100,000. During a particular performance, the judges and contestants do not actually see the performer’s avatar in person and are unaware of their real identity. In that regard, the series is comparable to reality shows such as ‘The Voice‘ and ‘The Masked Singer.’ The facade of the avatars performing on stage is obtained through some clever technological deception. Now let us get to the bottom of it!

Does Alter Ego Show Use Holograms?

Before we talk about how the performers’ avatars (aka Alter Egos) appear on the stage, let us take a look at how they are created. Ahead of a contestant’s performance, they are dressed in a motion capture suit. The suit emulates all of their movements. These movements are then converted into a digital format using computers. Basically, the avatars are CGI creations brought to life with the help of a group of technicians and designers with input from the participants.

So, how do the avatars appear on stage? At first glance, viewers might feel that the avatars are being projected onto the main stage from behind the screens using some advanced holographic technology. However, that is certainly not the case. ‘Alter Ego’ uses a number of monitors to display the avatars in front of the judges and audience. The CGI-generated avatars appear on screens in the studio just like they appear on the screens of the viewers at home. The only distinction is that the viewers at home get to know about the contestants’ lives and their reasons for the choice and design of their avatars.

On the other hand, the judges aren’t privy to any of the abovementioned details, allowing them to judge the contestants solely on their performance. While performing, the contestants only provide the movements and sound. These components are added to their respective CGI avatars, which are essentially seen performing on a screen and not on stage. In simpler terms, the series uses real-time visual effects and not holograms.