How to Train Your Husband: Cast and Guide to Filming Locations 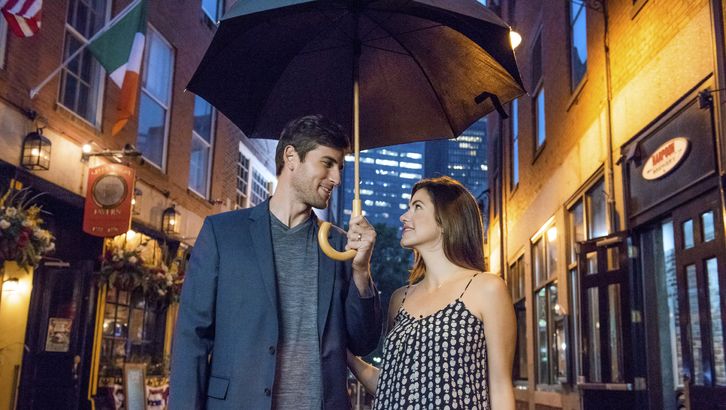 ‘How to Train Your Husband’ or ‘How to Pick Your Second Husband First’ is the exact blend of romance and comedy that Hallmark prefers. The premise follows a marriage therapist who wants to change her own love life by fixing things with her husband.

Jillian is successful in her career as a therapist and is a best-selling author. However, her marriage with high-school sweetheart Justin is almost on the rocks. Despite having a lot of wisdom to spare for her clients, she rarely follows her own advice. Jillian’s mother and her friends Nicole and Aaron try to help her figure out the secret to a happy marriage. Ultimately, the woman realizes she’s taken Justin for granted and tries to fix things before it is too late. The setting helps this sweet love story of realization and reconciliation play out, which might make you wonder where ‘How to Train Your Husband’ has been shot. We have got you covered and will introduce you to the cast members as well.

How to Train Your Husband Filming Locations:

‘How to Train Your Husband’ has been filmed primarily in Boston, Massachusetts. The scenery in the city makes it ideal for filming, and it happens to be one of the more preferred locations on the East Coast. You can check out a post about filming taking place in Boston.

There are several scenes involving rowing in the river that flows through the city. You can check out a cast member’s post who comments on how he learned to row for the film that has been shot in Boston.

Now, coming to specifics, scenes have been shot at Dorchester, which used to be its own city, before becoming one of the largest and most diverse neighborhoods of Boston. Check out a post about filming below.

From a cast member’s post, we know that some scenes have been shot at the Quincy Quarries in Quincy, Massachusetts, which produced granite for a century. Check it out below.

Some parts have been shot at the South End Buttery on 314 Shawmut Ave, Boston. You can check out a cast member’s post, confirming that filming took place on location on a Sunday.

Lastly, we know that Newbury Street and the Public Garden or the Boston Public Garden have been shown in the movie. The latter is a large park at the heart of Boston and makes for a picturesque filming spot. Check out the post about the film being shot here.

How to Train Your Husband Cast:

The main characters are Jillian and her husband Justin, and Jillian’s friends Nicole and Aaron. Julie Gonzalo and Jonathan Chase play the parts of the central couple while Karla Mosley and Andre Hall appear in the roles of the friends. Julie Gonzalo is originally from Buenos Aires but moved to Miami when she was eight. Her first acting role came at the age of 20, and you might recognize her as Parker Lee in ‘Veronica Mars.’ Check out a picture of Julie with her co-star Jonathan.

Chase was born in Florida as Jonathan Shane Greenfield. He’s an actor with projects under his belt like ‘Gamer’ and ‘Eagle Eye.’ Karla Cheatham Mosley was born in New York and studied at the Tisch School of the Arts. She’s had a successful career in acting and singing but is also noted for her activism. You can check out her post with the castmembers below.

Lastly, we have Andre Hall, who you might know from Tyler Perry’s ‘Boo! A Madea Halloween‘ movies. He’s a rising star who moved to LA from Indianapolis.